5 interesting Forbes India must reads for the weekend 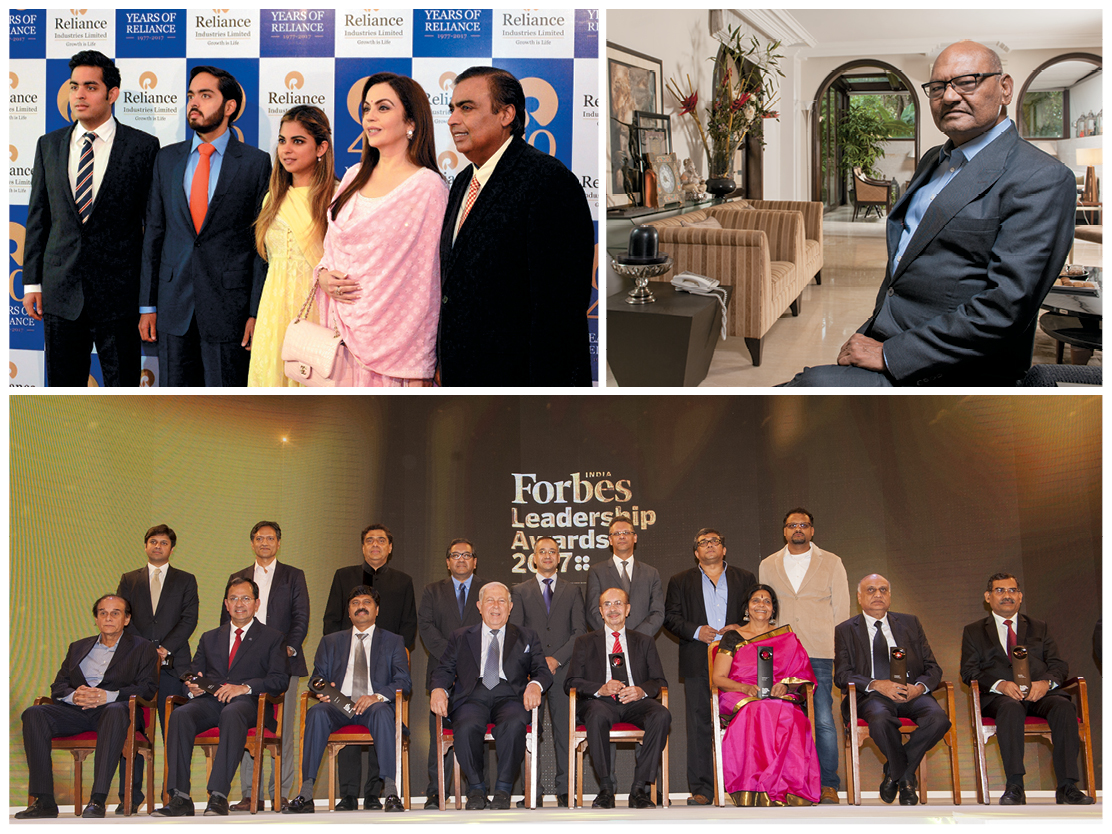 Image: Anil Agarwal by Mexy Xavier; Forbes India Leadership Awards group photo by Forbes India Photo Team
We've put together some of the most interesting pieces our writers wrote this week. So sit back and enjoy!  1) Anil Agarwal: India's minesweeper
Anil Agarwal is the founder and chairman of Vedanta Resources and one of India's richest businessmen, ranking 44th on the 2017 Forbes India Rich List, up from rank 63 and with a net worth of $3.2 billion. But Agarwal isn't interested in the billionaire tag as senior correspondent Varsha Meghani found out as she sat down to chat with him recently at his South Mumbai home. In fact, Meghani finds out - as she's speaking with him for this story about his journey from being a scrap dealer in Kalbadevi to building the Vedanta giant - that in 2014, he had made a pledge to his now late grandfather to give away 75 percent of his wealth. While his grandfather wanted him to give away 90 percent of his wealth, "I negotiated," he told Meghani, and they settled on 75 percent. He has tied up with the Indian government to set up 400 'nandghars' across rural India and pledged Rs 400 crore to modernise kindergartens to provide healthcare, nutrition and pre-primary and primary education. Read all about it here

2) Satyajit Das: Myth-busting the gig economy
At a time when owning assets is a fad of the past and everything is on hire and when two of the most valuable companies in the world don't own their core assets (Uber doesn't own any cars and Airbnb doesn't own the real estate it leases), Satyajit Das, a former banker has a contrarian view: That that the new culture of micro-entrepreneurs will revolutionise the economy is at best misleading, he says, and at worst wrong. Click here to read more

3) Ambani family tops Forbes list of Asia's Richest Families
18 Indian families featured on the recent Forbes list of Asia's Richest Families, with Reliance Industries Limited's Mukesh Ambani's family bagging the top spot for the first time. Ambani dethroned Korea's Lee family but their ealth soared by $11.2 billion to $40.8 billion this year, as shares of Samsung Electronics rose 75 percent over the past year. The collective wealth of Asia's 50 richest families on the list is a record $699 billion, up 35 percent from last year. Click here to read more

4) Millennials are pushing to eat healthier, eco-friendly foods: LT Foods' Ashwani Kumar Arora
LT Foods' MD & CEO Ashwani Kumar Arora talks about how LT Foods, one of India's biggest commodity traders in rice and grains, pulses and beans, morphed into a global food giant on the back of basmati rice and health food. It all stems from Arora's ambition of becoming a global food company and not a commodity trader. The company is now putting its consumers' health on priority. Click here to read more