Many see doubling of asset base, sharp spurt in revenue across business lines 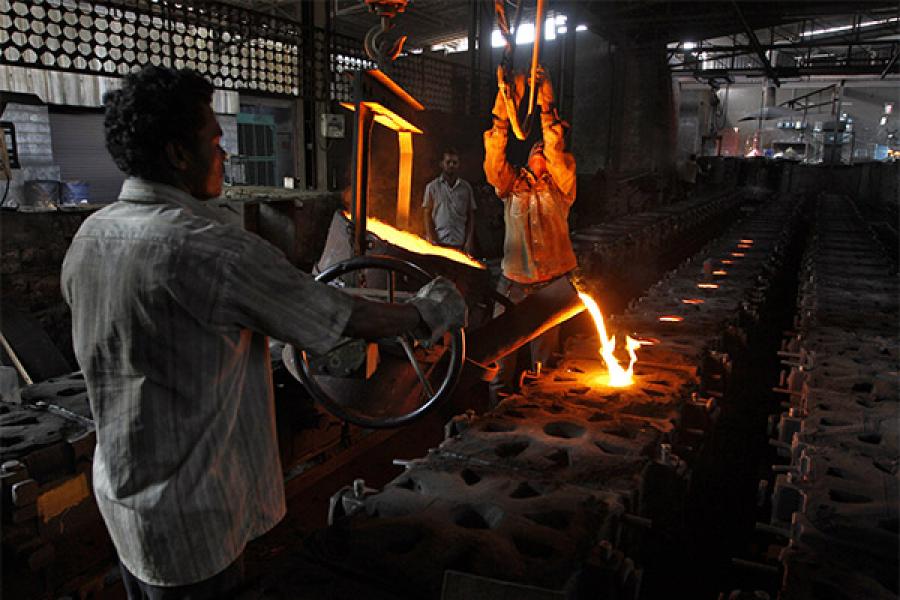 The Narendra Modi government’s moves to try and remove the obstacles to growth appear to be making some impact on top industry leaders who say that despite the current hurdles to domestic investment, there is a very good chance that the coming years will be much more favourable for economic activity. Consequently, they believe that the investment cycle will revive over the next couple of years and quite a few of them say they are going back to the drawing board with fresh investment plans.

“There is no doubt that after a change of government, there is tremendous impact on the business confidence index,” said Poddar. “Today, companies are able to raise finances, go to global equity markets and raise capital not just on the strength of the current business model but also on the basis of the confidence and perception that business in India will grow.”

Goenka, on his part, made it clear that his group, which has interests ranging from power to retail, would be looking at doubling its asset base over the next three to five years. “We would be…going from over Rs 29,000 crore currently to Rs 50,000-60,000 crore. And we will invest across all sectors,” he said.

Poddar added that his group which has interests in agri-businesses, engineering and infrastructure, would increase its revenues from the current $3 billion to close to $5-6 billion over the next five years.

Kanoria said his company had a total book size of Rs 90,000 crore in infrastructure and it saw clear opportunities in expanding the loan book and also the current portfolio. “At this juncture, we see an opportunity for acquisitions, whether it be roads, power, ports or SEZs. In the next two to three years, we should be able to take our asset base to one-and-a-half times or double it,” he added.

Shree Cement also had similar growth plans, Bangur said. “Shree Cement right now is an 18 million tonne company. We will be in a position to be around 35 million tonnes in around five years, or by 2020,” he said.

Neotia, whose group has presence in hospitality, tourism, real estate and health care, said though his asset base was smaller in comparison to the others, at around Rs 3000 crore, he would look at doubling that in the next five years.