FanMojo was relaunched in 2018 after a series of gaffes and it's turning out to be a good bet. Will the fantasy sports startup find its mojo? 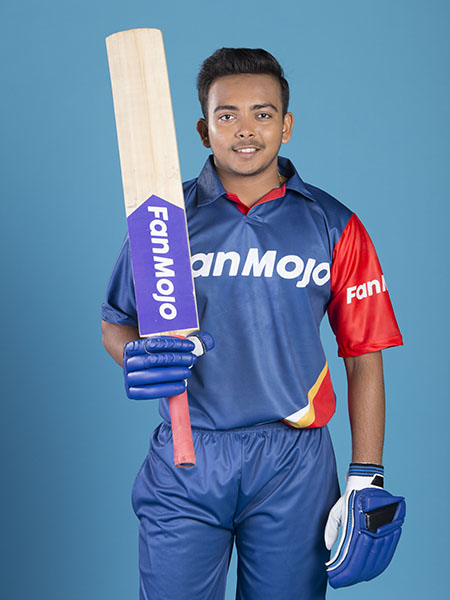 There are two cardinal sins for a startup, and an entrepreneur. Sumesh Menon underlines both lucidly: over-investment in an idea which has not yet reached an inflexion point, and under-investment in a team which results in a less-committed staff. Menon, unfortunately, committed both. Fantasy sports, he recounts, was largely a nascent category when FanMojo was launched in 2016. “We were ahead of the time,” he recalls, cofounder of U2opia Global, a mobile tech company that owns FanMojo.

There were other glitches as well. FanMojo had hand-picked a small team when it was getting incubated by U2opia’s startup incubation programme Catapult. So the startup was not built for scale. “We quickly realised that the team didn’t have the bandwidth to scale the business,” Menon says, adding that errors in gauging the ambition of the early leadership team also proved costly. One of the members, he lets on, moved on to embrace spiritual world just a few months into the life of the fledgling startup. “It was a setback,” he confesses. One key learning, Menon stresses, was investing in the right set of people. What also compounded the problem for FanMojo was the absence of a high-quality user experience.

Mistakes made, learnings absorbed, and FanMojo relaunched last year. The fantasy sports startup was rebooted for scale and best-in-class user experience. New games such as football and kabaddi were added, cricket as a category was expanded to cover tournaments across the globe and formats from T10 to test matches, and multiple payment channels were integrated.

“The whole experience has now become seamless for the users,” says Menon, claiming that since relaunch, FanMojo has garnered over 2.1 million registered users. “We have grown 600 percent since the relaunch,” he asserts. Engagement rate with the users too has leapfrogged. On an average, Menon contends, a paid user spends over an hour on the platform every day.

With fantasy sports growing at an exponential pace over the last two years and revenue from online gaming revenue expected to touch Rs 11,900 crore by 2023, FanMojo has donned an aggressive avatar by roping in cricketer Prithvi Shaw early this year.

“We are targeting 10 million users by the end of this financial year,” says Menon, underlining his ambitious target. With former captain of Indian under-19 cricket team on board, Menon expects to widen its FanMojo’s reach among the youth. Prithvi, Menon he lets on, is a role-model for young talented cricket fans. “He will encourage cricket enthusiasts to use their sporting intelligence to play the fantasy sports,” says Menon.

FanMojo, interestingly, is not the first fantasy sports startup to rope in a star cricketer. While MS Dhoni is the face of its biggest rival Dream11, Virat Kohli has been endorsing Mobile Premier League. Can FanMojo take on the bigger rivals who have been aggressively advertising on television and splurging marketing dollars to grab eyeballs? Another challenge for the Gurgaon-headquartered startup is wooing users in a space that is getting increasingly cluttered. User stickiness is another issue to grapple with.

Menon, for his part, reckons that FanMojo is well geared up to take on the fight in spite of the fact it has deliberately stayed away from TV. “We are a very ROI (return on investment) focused brand. We run online campaigns to target real users of fantasy sports,” he says. The major source of user acquisition for FanMojo, he lets on, has been through referrals. This helps in maintaining lower cost of acquisition and higher life time value.

While conceding that it’s easy to get disheartened by big spends on marketing across the industry, Menon avers that it pays to be patient and not follow the herd. “Sometimes you just have to build things brick by brick,” he says. The focus of FanMojo, he explains, is on building a lasting connect with its community and keep improving the product and user experience. The twin challenge for the startup, he points out, remains maintaining healthy customer acquisition and retention.

With Menon placing his bets on the rising star in the Indian cricket, FanMojo might fancy its chance in emerging as the next rising fantasy sports player.

Tweets by @forbes_india
Building startups in the pink city
Garfield: How much would you bid for the cat who loves lasagna and hates Mondays?