Five interesting reads for the weekend 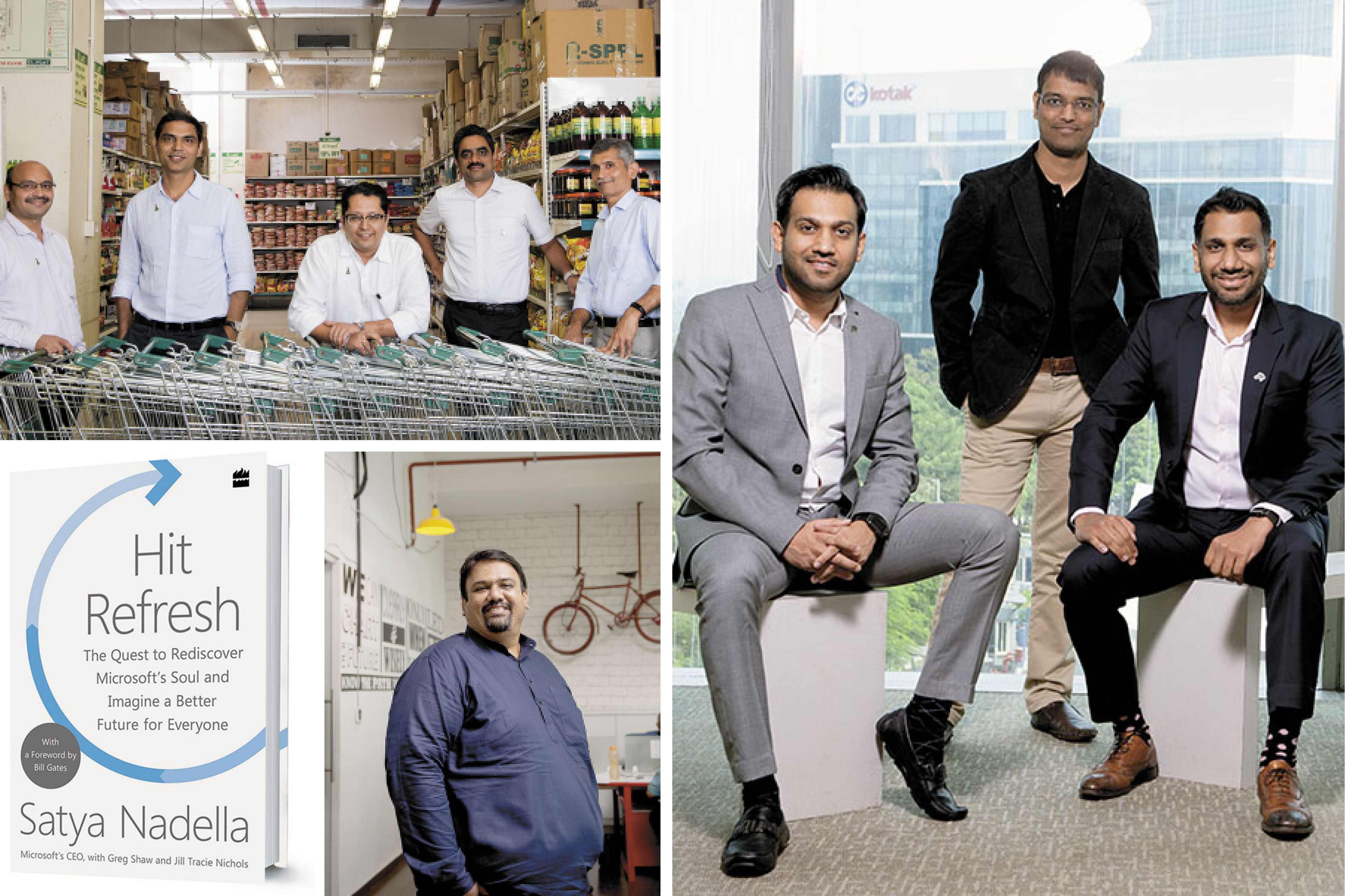 Image (Clockwise from top) D-Mart team, Zebpay co-founders and Sanjay Mehta clicked by Mexy Xavier
What were our writers writing about this week? Here's a complete list of the best reads. Sit back and enjoy!
1) The class of 1917: Others born in the same year as Forbes
We recently celebrated the centennial anniversary of Forbes US, which was established in 1917, and had a full issue dedicated to this significant milestone. Here are eight famous personalities, including John F Kennedy and Indira Gandhi, and a few companies and even countries that were born in the same year as Forbes. Click here to read

2) Zebpay and its bet on bitcoins
Zebpay – a homegrown bitcoin exchange - is different from the other cryptocurrency exchanges that India has in a very fundamental aspect – it is only an app-based platform whereas the others have desktop interfaces too. The day senior associate editor Pravin Palande travelled to their office on the Sabarmati – Gandhinagar highway, the app touched a million downloads. While the three co-founders of the Zebpay app come from varied backgrounds like a textile family business, angel investing and software engineering, they had one common goal – to take Bitcoin to the masses. How are they doing this and how far have they come? Click here to read more 3) Sanjay Mehta: In bitcoins he trusts
Serial entrepreneur-turned-angel investor Sanjay Mehta has invested in over 70 startups and now he is bullish on cryptocurrencies. In fact, in a meeting with our senior correspondent Varsha Meghani, he went as far as calling them the future of money. Bitcoins have been volatile this year, since the events that led to a split into two cryptocurrencies and the creation of BitCash, hitting all time highs every other week. It recently crossed $6,000 per bitcoin. It’s still early days in cryptocurrency, Mehta says, “This is the time to take risks and be bold.” Click here to read more

4) Hit Refresh: Satya Nadella's personal anecdotes make it a page-turner
Much of the book reads like what it is: A recounting of Satya Nadella, the Microsoft CEO’s thoughts on the most important aspects related to, what was essentially, an overhaul of the culture at one of America’s best-known technology companies. But the best bits are where Nadella talks of his personal life – his first few years in the US, his wife Anu, two daughters and a son. He talks about the lessons he learnt about life and empathy after his son was born with cerebral palsy. He calls himself the “unlikely CEO”. Check out the full book review of – Hit Refresh: The quest to rediscover Microsoft’s soul and imagine a better future for everyone.

5) DMart: The juggernaut continues to roll for Indian's value shop
When South Mumbai resident Radhakishan Damani decided to step into the grocery retail business, a lot of eyeballs were raised. An first generation entrepreneur with little experience in retail, Damani first ran two franchisees of Apna Bazar to understand the business and the market and later set up the first DMart in Powai. Damani is the unlikely success story of India’s retail market. Till the IPO earlier this year, little was known to even analysts that track the sector but the perception of the industry watchers changed once they got their hands on the Red Herring prospectus in the pre-IPO days. It unveiled the small but effective things that the business was doing to keep their costs low and product churn high. Damani also stepped away from the business quite early – unlike most founders – although he still owns 82.2 percent stake in the company, and put a young team in place, headed by Neville Norohna, his CEO. Read about the juggernaut here