By Natasha Singer and Aaron Krolik 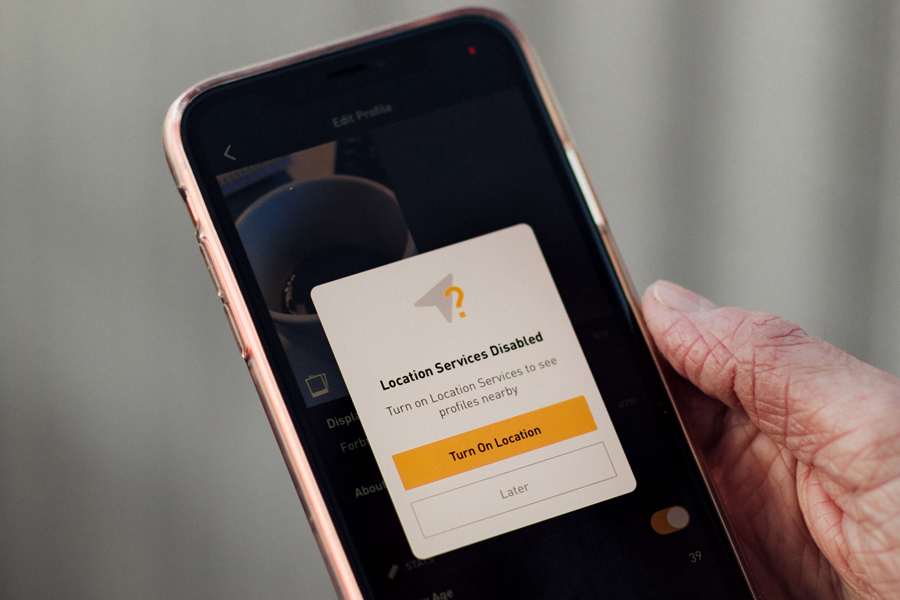 Finn Myrstad of the Norwegian Consumer Council, who oversaw a new report that traced how widely dating apps spread personal information, in Oslo, Norway, Jan. 10, 2020. Popular dating services like Grindr, OkCupid and Tinder are spreading user information like dating choices and precise location to advertising and marketing companies in ways that may violate privacy laws, according to a new report that examined some of the world’s most downloaded Android apps. (Thomas Ekström/The New York Times)

Popular dating services like Grindr, OkCupid and Tinder are spreading user information like dating choices and precise location to advertising and marketing companies in ways that may violate privacy laws, according to a new report that examined some of the world’s most downloaded Android apps.

Grindr, the world’s most popular gay dating app, transmitted user-tracking codes and the app’s name to more than a dozen companies, essentially tagging individuals with their sexual orientation, according to the report, which was released Tuesday by the Norwegian Consumer Council, a government-funded nonprofit organization in Oslo.

Grindr also sent a user’s location to multiple companies, which may then share that data with many other businesses, the report said. When The New York Times tested Grindr’s Android app, it shared precise latitude and longitude information with five companies.

The researchers also reported that the OkCupid app sent a user’s ethnicity and answers to personal profile questions — like “Have you used psychedelic drugs?" — to a firm that helps companies tailor marketing messages to users. The Times found that the OkCupid site had recently posted a list of more than 300 advertising and analytics “partners” with which it may share users’ information.

“Any consumer with an average number of apps on their phone — anywhere between 40 and 80 apps — will have their data shared with hundreds or perhaps thousands of actors online,” said Finn Myrstad, the digital policy director for the Norwegian Consumer Council, who oversaw the report.

The report, “Out of Control: How Consumers Are Exploited by the Online Advertising Industry,” adds to a growing body of research exposing a vast ecosystem of companies that freely track hundreds of millions of people and peddle their personal information. This surveillance system enables scores of businesses, whose names are unknown to many consumers, to quietly profile individuals, target them with ads and try to sway their behavior.

The report appears just two weeks after California put into effect a broad new consumer privacy law. Among other things, the law requires many companies that trade consumers’ personal details for money or other compensation to allow people to easily stop the spread of their information.

In addition, regulators in the European Union are stepping up enforcement of their own data protection law, which prohibits companies from collecting personal information on religion, ethnicity, sexual orientation, sex life and other sensitive subjects without a person’s explicit consent.

The Norwegian group said filed complaints Tuesday asking regulators in Oslo to investigate Grindr and five ad tech companies for possible violations of the European data protection law. A coalition of consumer groups in the U.S. said it sent letters to American regulators, including the attorney general of California, urging them to investigate whether the companies’ practices violated federal and state laws.

In a statement, the Match Group, which owns OkCupid and Tinder, said it worked with outside companies to assist with providing services and shared only specific user data deemed necessary for those services. Match added that it complied with privacy laws and had strict contracts with vendors to ensure the security of users’ personal data.

In a statement, Grindr said it had not received a copy of the report and could not comment specifically on the content. Grindr added that it valued users’ privacy, had put safeguards in place to protect their personal information and described its data practices — and users’ privacy options — in its privacy policy

The personal data that ad software extracts from apps is typically tied to a user-tracking code that is unique for each mobile device. Companies use the tracking codes to build rich profiles of people over time across multiple apps and sites. But even without their real names, individuals in such data sets may be identified and located in real life.

The group’s findings illustrate how challenging it would be for even the most intrepid consumers to track and hinder the spread of their personal information.

Grindr’s app, for instance, includes software from MoPub, Twitter’s ad service, which can collect the app’s name and a user’s precise device location, the report said. MoPub in turn says it may share user data with more than 180 partner companies. One of those partners is an ad tech company owned by AT&T, which may share data with more than 1,000 “third-party providers.”

In a statement, Twitter said: “We are currently investigating this issue to understand the sufficiency of Grindr’s consent mechanism. In the meantime, we have disabled Grindr’s MoPub account.”

Tweets by @forbesindia
Forbes India One CEO Club Ep 2: Growth strategies in a digital-first world
How to de-risk yourself in the age of technological disruption - Hyderabad Edition