India has done well in the run-up to the UN Conference on Sustainable Development. Now it needs to strengthen institutional and financial support and involve the industry more 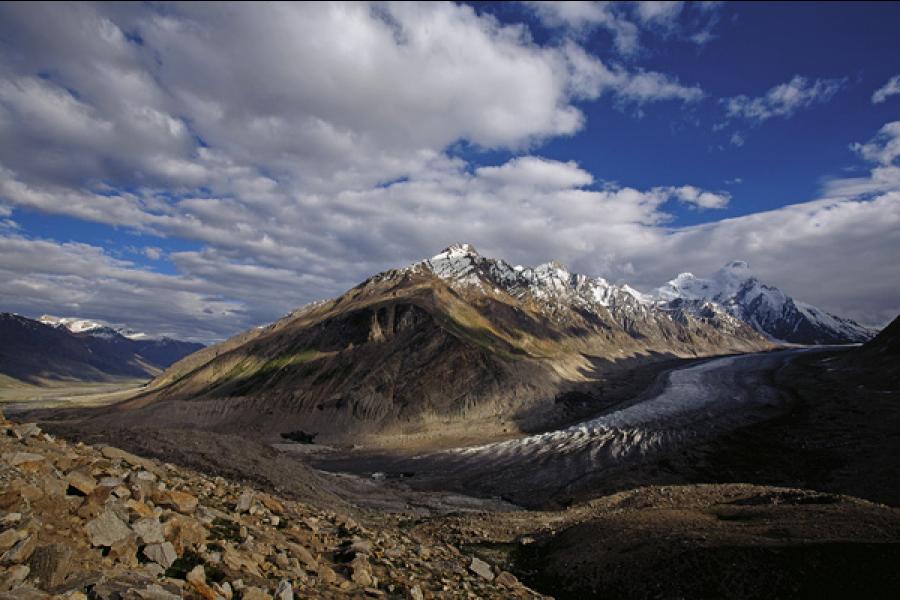 Image: Corbis
BIG AGENDA The Drung-drang glacier seen in Ladakh. At Rio+20 there is an awareness that the entire economy needs to be involved in preserving the environment

Rio de Janeiro in Brazil will have a different kind of carnival this year. From June 20 to 22, the city will host the United Nations Conference on Sustainable Development, which is expected to bring together heads of states, ministers, senior officials, representatives from international organisations, civil society leaders and environmentalists.

Since the conference is a 20th year follow-up of the most famous environmental meeting held in the recent decades—the United Nations Conference on Environment and Development, also known as the Rio Summit – this year’s conference is being called Rio+20. While the Rio Summit introduced the concept of “sustainable development,” the main theme for Rio+20 is “a green economy in the context of sustainable development and poverty eradication.”

The operative words “green economy” is an indicator of how the global situation has changed in the past 20 years. In 1992, the consensus was for national governments to ensure that economic development did not cause damage to the environment. The important additional realisation today is that this cannot be done by governments alone. It needs the involvement of all stakeholders to ensure that environmental protection does not hurt global and national economies. The idea is to use environmental goods and services to energise economic growth, create jobs and support trade.

There has been a change in realities in two decades. In 1992, the developed countries had economic growth and the developing ones needed jobs.

Today, the developed economies need jobs and most of the developing countries are showing growth. Creating green jobs is on top of the list of critical issues for Rio+20.

Rio+20 builds on the process initiated at the Rio Summit and is looking to obtain renewed political commitment at the highest level and address new challenges. Though the Rio Summit had two conventions (Climate Change and Biodiversity) and an action plan (Agenda 21) coming from it, the follow-up was tumultuous for countries. The Climate Change Convention had the most disputes, since reducing carbon dioxide emissions could reduce economic growth. The United States was the first to withdraw from the Kyoto Protocol, which came from the Climate Change Convention.

India and China were under pressure to set emission reduction targets and have agreed to be part of the new round of discussions.

When the then Indian Environment Minister Kamal Nath led the national delegation at the Rio Summit, his words were more or less a sidelight to the conference. In December 2011, at the Climate Change Conference held at Durban, South Africa, the present Environment Minister Jayanthi Natarajan’s position made the new deal possible. As a prominent emerging economy, India will have an important position in the Rio+20 conference.

India does seem to be playing its leadership role well. In October 2011, it hosted the New Delhi Ministerial Dialogue on Green Economy and Inclusive Growth. Some of the points that India raised during this meeting have later found their way into the ‘zero draft’ of the Rio+20 outcome document. Though many changes can happen in the draft by the time the conference ends, India has done well to take the early lead and get itself across as a lead ‘spokes-country’ for the developing world.

In its national inputs for Rio+20, India has stated that it would engage in the process only in the spirit of Rio principles of equity and common, but differentiated responsibilities (CBDR). This means holding the developed countries responsible for reducing their ecological footprint and allowing the developing countries the space to grow. It has pushed for poverty eradication being the overarching goal. Green economy should promote sustained economic growth.

Further, India has articulated that green economy should “allow ample flexibility and policy space for national authorities to make their own choices” and define their paths towards sustainable development. It has asked developed countries to desist from using “green protectionism” as a barrier to international trade. There should be financial support to developing countries for researching and developing green technologies, and no restrictions on their transfer.

The zero draft prepared by the Rio+20 secretariat reaffirms the principle of CBDR and the other points raised by India. It calls for “bold and decisive action.” It is optimistic that green economy will provide opportunities for all countries, irrespective of their economic strength, to achieve growth and environmental sustainability.

To enable countries to get an equal footing on green economy, the draft suggests the creation of an international knowledge sharing platform. It also supports market instruments that slow and avoid deforestation. The most politically sensitive statement is to phase out environmentally-harmful subsidies.

While India has done well in the run-up to the Rio+20 process, it cannot be forgotten that in green technologies the US and Europe have taken early leads and are unlikely to let go of their advantage. India needs to strengthen institutional and financial support from the government and involvement from the industry to develop its own green economy muscle. Only this can back up its strong positions at international environment conferences.

(The author is an independent journalist who has worked in international and national environment and development sectors for more than two decades.)

(This story appears in the 17 February, 2012 issue of Forbes India. To visit our Archives, click here.)