Even if Bezos were to spend all $10 billion immediately, he would still remain the world's richest man 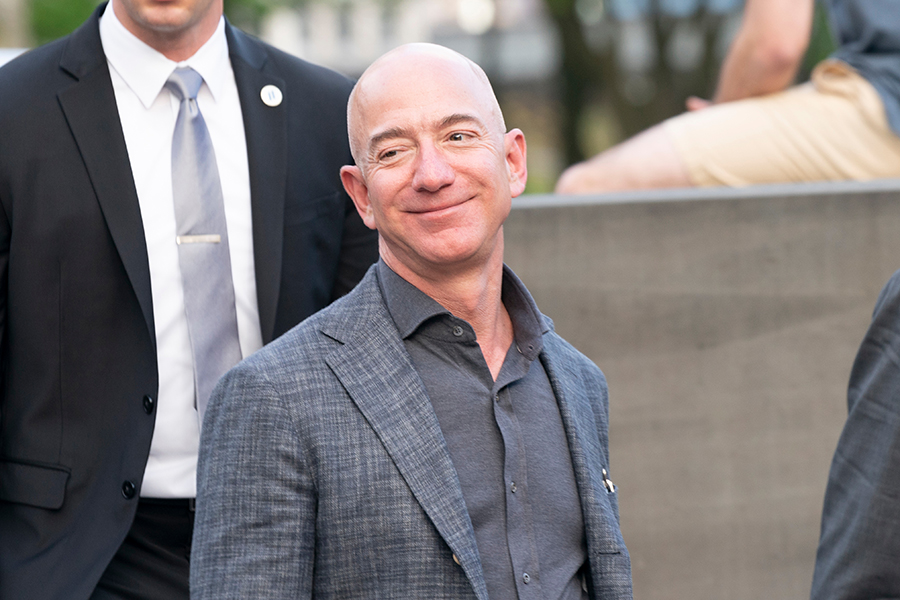 SEATTLE — Jeff Bezos, Amazon’s chief executive and the world’s richest man, said on Monday that he was committing $10 billion to address the climate crisis in a new initiative he called the Bezos Earth Fund.

The effort will fund scientists, activists and nongovernmental organizations, he said in a post on Instagram. Bezos, who has been pushed by Amazon employees on climate issues, said he expected to start issuing grants this summer.

“Climate change is the biggest threat to our planet,” he wrote. “I want to work alongside others both to amplify known ways and to explore new ways of fighting the devastating impact of climate change on this planet we all share.”

Bezos has in the past done little philanthropy. With a net worth of $130 billion, he long preferred to focus on Amazon and other private ventures, such as Blue Origin, which makes rockets. Bezos also owns The Washington Post.

More recently, Bezos has ramped up his giving. His largest donation to date was $2 billion, unveiled in September 2018, to help homeless families and build a network of Montessori preschools, an effort that he announced with his then-wife, MacKenzie.

After the couple divorced last year, MacKenzie Bezos said she had signed the Giving Pledge, which asks the world’s richest people to commit to giving away at least half their wealth during their lifetime or in their wills. Jeff Bezos has not signed the pledge.

In September, Jeff Bezos unveiled the Climate Pledge, in which he said Amazon would meet the goals of the Paris climate agreement 10 years ahead of schedule and would be carbon-neutral by 2040. As part of the pledge, he said Amazon was ordering 100,000 electric delivery trucks from Rivian, a Michigan-based company that Amazon has invested in.

At the time, Bezos said Earth’s climate was changing faster than predicted by the scientific community five years ago. “Those predictions were bad but what is actually happening is dire,” he said.

Bezos made that pledge after Amazon’s employees agitated on climate change. For a year, workers pressed Amazon to be more aggressive in its climate goals, staging walkouts and talking publicly about how the company could do better.

With vast data centers that power cloud computing, and a global network for shipping and delivering packages, Amazon’s own effect on the environment is substantial. In September, the company revealed its own carbon footprint for the first time, disclosing it emitted about 44.4 million metric tons of carbon dioxide in 2018 — the equivalent of burning almost 600,000 tanker trucks’ worth of gasoline.

“That would put them in the top 150 or 200 emitters in the world,” alongside oil and gas producers and industrial manufacturers, Bruno Sarda, president of CDP North America, a nonprofit organization that encourages carbon disclosures, said in an interview at the time.

Amazon employees cheered the company’s Climate Pledge, but continued to push executives to stop providing cloud computing services to the oil and gas industry. They argued that making fossil fuel exploration and extraction less expensive would make it harder for the global economy to transition toward using more renewable energy.

Amazon has resisted the pressure, saying in a policy statement that “the energy industry should have access to the same technologies as other industries.”

Some employees have also said Amazon has retaliated against them for their activism. Amazon has said the employees should channel their ideas through internal forums, like company meetings and lunch sessions with the sustainability team.

The workers, through their group Amazon Employees for Climate Justice, said on Monday that although they applauded Bezos’ philanthropy, “one hand cannot give what the other is taking away.”

Margaret O’Mara, a professor at the University of Washington who studies the history of tech companies, called the new Bezos fund “a very powerful statement” and said the Amazon chief executive’s actions followed the steps that other tech moguls, such as Microsoft co-founder Bill Gates, had taken to address the warming planet.

Philanthropy, she added, typically comes in the wake of amassing great fortunes. “This is yet another reminder that we are in a second Gilded Age,” she said.

Bezos provided only rudimentary details about what the Bezos Earth Fund would do and did not directly address priorities that he would support, other than “any effort that offers a real possibility to help preserve and protect the natural world.”

Since at least high school, Bezos has seen space exploration as a way to preserve the Earth. He has posited the idea that heavy industry could be in space, leaving the planet cleaner for human use.

“If you want to protect the Earth, save the Earth, we have to go to space,” he said in a speech a year ago.

The new fund will provide donations, rather than make investments that Bezos would expect to see a profit from, according to a person with knowledge of the plan who was not authorized to speak publicly. The new fund is not connected to Amazon. The donation is one of the largest known commitments made by an individual, according to a database run by The Chronicle of Philanthropy.

Even if Bezos were to spend all $10 billion immediately, he would still remain the world’s richest man, according to the Bloomberg Billionaires Index. This month, Bezos sold more than $4 billion in Amazon shares as part of a prearranged trading plan, according to regulatory filings. Amazon declined to comment on the share sales.

Bezos has also been spending his fortune in other ways. He recently agreed to pay $165 million for a Beverly Hills estate owned by David Geffen, the media mogul and co-founder of DreamWorks. Separately, Bezos Expeditions, which oversees The Post and Bezos’ charitable foundation, is buying 120 undeveloped acres in Beverly Hills for $90 million, though the deal is not complete.