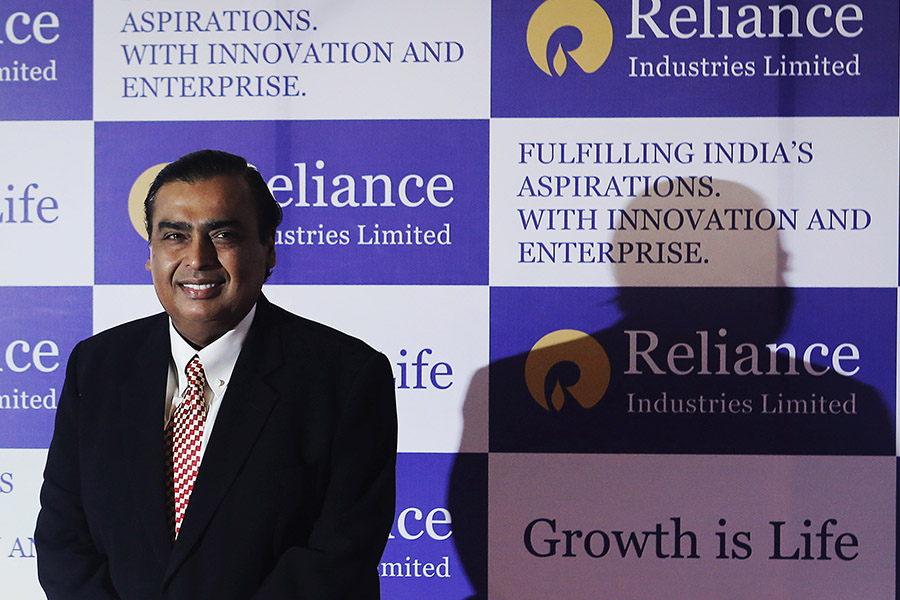 Mukesh Ambani
Image: Danish Siddiqui / Reuters
Mukesh Ambani, the 60-year-old chairman of the oil-to-yarn and retail conglomerate Reliance Industries has been named among the business leaders who are transforming their industries and impacting billions of lives in the process.

Forbes released on Tuesday its second annual 'Global Game Changers' list that features the 25 most influential business leaders from around the world based on corporate growth, innovation and international presence.

Ambani is the only Indian in the list that comprises business leaders from eight different countries. He was noted as a trailblazer for “bringing the internet to India's masses”.

Describing Ambani, Forbes added: "Oil and gas tycoon entered the country's telecom market with a bang, offering fast internet at dirt-cheap prices. Gained 100 million customers in six months and set off a wave of consolidation in the market.”Earlier this year, Mukesh Ambani was the top-ranked Indian on another list by Forbes, the 'World’s Billionaires List'. With a net worth of $23.2 billion, he was placed at No. 33.

Reliance Jio Infocomm (Jio), the fourth generation broadband wireless digital services arm of Reliance Industries Ltd had a customer base of 109 million subscribers on its network as of March 31, 2017. Over 72 million of these customers have migrated to Jio’s paid services.

The Forbes Global Game Changers list, though not a ranking, only considers leaders who have been running a for-profit operation with a market value of at least $1 billion that is growing and innovating better than its peers.

"These are true movers and shakers who are reshaping their industries and forever changing the way we work, travel, communicate and invest," said Forbes staff writer Lauren Gensler, who edited the Forbes Global Game Changers list. “We set out to find the most intrepid, innovative people in the business world who are thinking big and moving the needle. This year, our list features trailblazers like Slack creator Stewart Butterfield, Alibaba logistics maestro Judy Tong and renowned inventor James Dyson.”