Everyday Low Pricing May Not Be the Best Strategy for Supermarkets

Supermarkets either advertise themselves as offering "everyday low pricing" or holding sales with special promotional pricing. New research coauthored by Stanford's Harikesh Nair says one model has lower fixed costs and the other produces higher revenues

When stores like Wal-Mart, Sam's Club, and Costco began their rapid expansion in the 1990s, supermarkets were thrown for a loop. The limited service, thinner assortments, and "everyday low pricing" of items in these "supercenters" — including foodstuffs — created enormous cost savings and increased credibility with consumers. What was a Safeway or a Stop & Shop to do in the face of such brutal competition?

A new paper from Stanford Graduate School of Business looks at the strategic pricing decisions made by grocery firms during that period in response to the shock to their local market positions by the entry of Wal-Mart. The paper answers the age-old question in the supermarket industry: Is "everyday low pricing" (EDLP) better than promotional (PROMO) pricing that attempts to attract consumers through periodic sales on specific items? Investigators find that while EDLP has lower fixed costs, PROMO results in higher revenues — which is why it is the preferred marketing strategy of many stores. 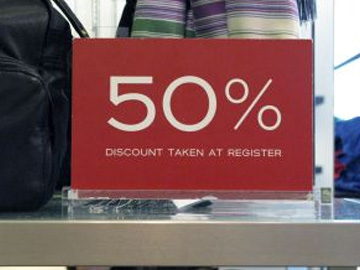 The research is also the first to provide econometric evidence that repositioning firms' marketing approaches can be quite costly. Switching from PROMO to EDLP is six times more expensive than migrating the other way around — which explains why supermarkets did not shift en masse to an "everyday low pricing" format as predicted when Wal-Mart entered the game.

The unique data set from which the results were drawn covers revenue and price-format decisions for every single retail supermarket and Wal-Mart in the United States from 1994 to 2000.

"You need a major event to cause a pricing strategy switch that can be observed, and the entry of Wal-Mart into the grocery market provided that natural experiment," explains Harikesh Nair, associate professor of marketing at the business school and a coauthor of the study with Paul Ellickson, assistant professor of marketing and economics, and Sanjog Misra, associate professor of marketing and applied statistics, both at the University of Rochester. The researchers exploited the observed switches in market structure in combination with an economic model of the industry to measure the cost and benefits to supermarkets of changing the price positioning.

Costs involved in changing pricing strategies included complex investments to educate (and advertise to) consumers about the legitimacy of the new positioning. For example, the Wegman's chain in New York produced a million videos explaining to customers the benefits of their switch to everyday low pricing. Repositioning costs also involved internal investments to overcome, such as resistance to change by managers within the firm and the need to rework channel relationships.

Running calculations on the data, Nair and his colleagues found that for the median store, PROMO pricing yielded $6.2 million more per year in revenues than an EDLP strategy. Moreover, changing from an EDLP to a PROMO strategy required only $2.6 million in costs over 4 years, while switching from a PROMO to an EDLP approach required outlays 6 times as large.

The debate over which strategy is better stems from the fact that EDLP seems to have its advantages. It enables retailers to reduce inventory costs, better coordinate supply chains, and reduce the risk of stock shortages by smoothing the demand variability induced by frequent sales.

"Now we have empirical evidence to show why most stores chose PROMO pricing and stuck with it during a competitive shock — it earns more revenues and is too expensive to change," says Nair.

Interestingly, in the late 2000s, Wal-Mart began to do "selective rollbacks" on a large number of items — essentially putting them on sale. "Their strategy was a hybrid between EDLP and PROMO," says Nair. The result? Customers lost faith that Wal-Mart prices were the lowest in town. "Now Wal-Mart has incurred large repositioning costs to reassure customers of its original EDLP position," Nair says.

The study offers a quantitative framework to evaluate repositioning decisions more generally. The authors also offer several lessons for supermarket retailers. "If revenues are what you care about, do PROMO pricing," Nair advises. "If you're a new entrant, be careful about your pricing strategy, because once you're locked in, it's difficult to reposition yourself."

Finally, he says, "Price perception is really important. Customers' sense of how you price merchandise drives foot traffic to your store and takes a long time to build up. Violations of that will be costly in terms of the loss of consumer trust and the expense it will take to reeducate them."