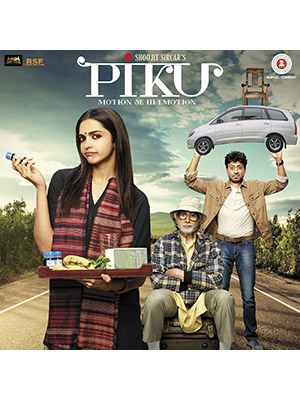 Culture connect: Shoojit Sircar was able to address his Bengali roots in his fourth film, Piku

Bollywood has always been pitched as mainstream Hindi cinema. But the truth is, although its language of expression is Hindi, its very core has been substantially shaped over the decades by talent from other linguistic regions and cultures, including Bengali, Tamil, Malayalam, Marathi and more. These include stars, directors, cinematographers, writers and musicians. This is in much the same way that American cinema has been substantially enriched by European talent. Even in cinema, a language is never just a language, but a key to rich literature and subculture, and each artist has enriched Bollywood with his or her own cultural sensibilities. Their tremendous contribution can fill a book, but here are a few highlights from the contemporary, relatively younger generation.

While Bollywood has been a magnet to talent from all over India, a lot of actors and directors have been obliged to erase their roots in more cosmopolitan climes, or wait for an opportune moment in which to reveal or revel in their roots.

Now, consider the opportunities for ‘regional disclosure’, if you can call it that. Bengali director Dibakar Banerjee, who grew up in Delhi, made Khosla ka Ghosla!, Oye Lucky! Lucky Oye!, Love Sex aur Dhoka, (all set in Delhi/north India), and only with his sixth film, Detective Byomkesh Bakshy!, could he tackle his Bengali heritage. A period film featuring Bengali writer Saradindu Bandopadhyay’s sleuth, it revels in its ‘Bengaliness’, Bengali characters and intimate knowledge of Kolkata’s padas and politics. His Shanghai was a vitriolic satire on India’s right-wing politics which few Bollywood/Punjabi filmmakers would dare to make. Trust a Bengali to transform Bollywood’s staple item number, and make even his song and dance ‘Imported kamariya’ political. Shanghai is an adaptation of Greek author Vassilis Vassilikos’s thriller Z, and if you told a traditional Bollywood producer that, he might well snort, “Eh? Bole toh? (Meaning?)”

Banerjee also elevates the traditional notion of a Bollywood filmmaker. With his intellectual air, frequently associated with Bengali culture, he could be quite at home among the art museums of Europe, a connoisseur of fine wines, and a voracious reader of world literature, as opposed to the average north Indian masala filmmaker, at ease in his whisky, butter chicken and karva chauth milieu. Nonetheless, I suspect some of Banerjee’s best work is ‘non-Bengali’.

After Vicky Donor and Madras Cafe, Shoojit Sircar, too, was finally able to address his Bengali roots with his fourth film, Piku, a sensitive observation of a father-daughter relationship, with Amitabh Bachchan playing a crochety, ageing Bengali father to Deepika Padukone’s Piku (Pikoo’s Diary was a Satyajit Ray short film), partly set in Kolkata. 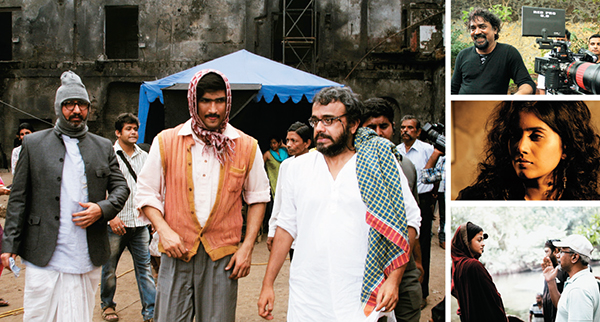 There is enormous Tamil talent in Bollywood, too.

This includes Mani Ratnam (Dil Se.., Guru), Vidya Balan (Kahaani), R Madhavan (Tanu Weds Manu Returns), Sridevi, Dhanush (Raanjhanaa) and AR Rahman (music for Lagaan). Of course, Mani Ratnam is that exceptional director with the ability to regularly direct acclaimed films in both Tamil and Hindi. When Roja’s Tamil-speaking heroine struggled to communicate in Kashmir, she may well have reflected the director’s own challenges in making Hindi films. While Roja and Bombay are Tamil films dubbed into Hindi, his Hindi films include Dil Se.. and Guru, while Yuva/Ayutha Ezhuthu and Raavan/Raavanan are bilingual Hindi/Tamil films shot in each language, with a different cast. (“I had two nightmares,” Mani Ratnam once told the press, referring to the two versions.)

Raavan/Raavanan also reflects his jaw-dropping skill in shooting each scene in different languages, with a different cast—and in demanding scenes like under the waterfall. The director’s south Indian interpretation of the Ramayana epic, empathetic to the ‘villain’ and infused with contemporary political and tribal undertones, stood in sharp contrast to Ramayana, the north Indian costume drama that ruled on TV in the ’80s.

Multilingual versatility allows talent to exploit a wider range of opportunities. For instance, Nishikant Kamat, whose mother tongue is Marathi, started out as an actor in Hava Aney Dey (Hindi), directed Dombivli Fast in Marathi, remade it in Tamil as Evano Oruvan, directed Mumbai Meri Jaan (Hindi), remade the Tamil Kaakha Kaakha as Force in Hindi, and now his Drishyam, a Hindi remake of the Malayalam film, is scheduled to release end-July. Though he has been acclaimed in many languages, there are moments in his ‘local films’ that stay with you for a long time, like actor Sandeep Kulkarni’s Dombivli Fast soliloquy at Mumbai’s Flora Fountain: “You come alone, you go alone, but the journey squeezes out your life.”

Tweets by @forbes_india
The next frontier: Alaska's luxury lodges
Life's essentials, according to Anita Dongre