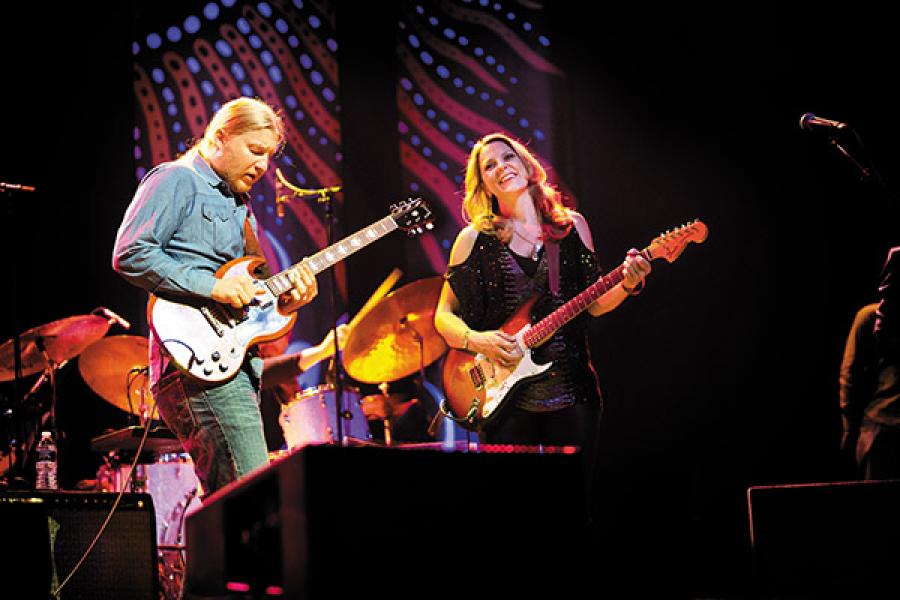 The fourth instalment of the Mahindra Blue’s Festival, scheduled in February, promises to bring together Grammy Award-winning artistes and Indian favourites for an all-star ensemble over two days.

On the list of foreign artistes are Jimmie Vaughan, the Tedeschi Trucks Band with special guest Doyle Bramhall II, Lil’ Ed & The Blues Imperials and Zac Harmon, while their Indian counterparts are Soulmate and Blackstratblues. Texas-based Vaughan is a four-time Grammy winner, and the older brother of the legendary Stevie Vaughan. He has performed often at Eric Clapton’s Crossroads Guitar Festival in the USA, along with the likes of BB King, Buddy Guy and other legends.

Meghalaya’s Soulmate, comprising Rudy Wallang and Tipriti Kharbangar, will add a touch of ‘new’ to their line-up of traditional and folk musicians. They will also launch their new album at the festival.