Why Does Market Volatility Matter?

Market volatility has been at near-record levels in recent months, as investors respond to the uncertainty in Europe. Roger Ibbotson takes a historical perspective and argues that volatility, while frightening for individuals, can play an important role in the economy

Q: Could we start with the basics? What is volatility and where does it come from?
Volatility is up-and-down movement of the market. It's usually measured by the standard deviation from the expectation. If you look at a day, the movement is typically up, but not by very much. Any movement up or down from its expectation is the volatility.

Historically, the volatility of the stock market is roughly 20% a year and 5.8% a month, but volatility keeps on changing, so we go through periods of high volatility and low volatility. 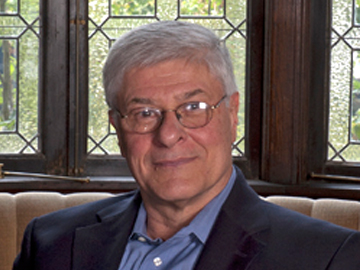 Professor in the Practice of Finance, Yale School of Management; Chairman and CIO, Zebra Capital
The biggest driver of volatility is a drop in the market. There are simple leverage reasons why market drops cause volatility. But beyond that simple mechanism, following a drop in the market, volatility typically shoots way up for a time before it dampens down again.
I've done research on historical returns going back to 1926. During the early part of the period there were two sustained drops in the market, first in 1929, and then another at the end of the 1930s. That was our worst decade ever. It caused the volatility to run really high, and it continued high, even into World War II until it was clear we were going to win that war.

After World War II, the volatility dramatically declined and stayed long-term stable for decades. We got pickups in volatility after market drops, like in 1973–1974. Then at the turn of the century we had the tech bubble collapse and 9/11, which led to a burst of volatility, but it dampened back down until there was a big increase in volatility with the financial crisis.

Q: We've seen high stock market volatility following the financial crisis and again this year. How should we understand these spikes?
We had an almost a 50% drop from top to bottom in the financial crisis. Then the markets came up almost 100%—which brought us back to where we started. We got hit again with another really sharp decline in the third quarter of this year. Now we're recovering from that.

What we're seeing is the leftovers from the financial crisis. The crisis started with the poor quality of mortgages and the fact that they were defaulting. Now it's moving to sovereign debt in Europe. The general tendency is to return to normal levels. This volatility is not going to be permanent, but it may last awhile.

Of course, the drops are associated with large increases of uncertainty, because we didn't even know, if you take this back to 2008 and the financial crisis, whether the financial system was even going to survive. We were in a very precarious state. The fact that it did survive, partly through government efforts, which really helped in this crisis, caused the stock market to rally and recover.

High volatility scares people. Fear can impact the market itself. Fear can cause contagion; that's what we were so worried about during the financial crisis. When one institution starts collapsing, perhaps for legitimate reasons, because it's connected to all the other institutions, potentially we can have the whole financial sector collapse. That came close to happening in the 1930s.

Essentially, it's the news that causes volatility. The market is always trying to assess everything that is going on. For example, in the last few months, over and over again, we've been hearing about the European debt crises. The market has to assess how bad the situation is. There are lots of differences of opinion. There are questions about who will get bailed out and in which way. This kind of uncertainty drives volatility.

Q: Is that an emotional reaction or a rational response to just not knowing?
Both. The uncertainty comes from real events. You're always trying to figure out how those events will impact the future. That's difficult to do.

Q: Isn't the expression, "The market can stay irrational longer than you can stay solvent"?
You can have distortions that may be easily recognizable without it being possible to capitalize on them. I won't name anybody, but I know a professor who was shorting tech stocks during the bubble in the 1990s. He was right that the bubble was going to pop, but eventually he had to quit shorting because he got wiped out as the prices kept going higher. Even though he ended up eventually being right, he lost because the market did not correct fast enough for him to take advantage of that situation. Even if you call it right, you can get caught. The market can stay irrational longer than you might expect.

Q: Is there a difference between how an individual should respond to volatility versus a larger organization?
Some institutions can take advantage of these movements, but most of us certainly are not in a position to do that. Individuals should mostly try to not get too wrapped up in volatility, because they can get whipsawed. We've just lived through a period in July, August, and September when the markets were down so much that many people got scared. Then it turned out October was one of the biggest up markets we've ever had. For the most part, the individual should ride through these things, buy and hold. If they do react, usually what's happening is that their emotions work against them. They're looking backward. They get scared and they're driven away from the more rational behavior, which is to just settle down.

Q: Can you talk a little bit about how volatility is measured?
The VIX Index is the most common measure of market volatility. It uses the price of options to estimate the implied volatility.

We've gone through some periods where that VIX Index got to almost record levels, especially after the financial crisis. But it mean-reverts. We didn't have a VIX Index in the 1920s and 1930s and early 1940s, but the volatility in that period was more extreme, sustained, and longer-lived than we get nowadays. The volatility of stocks has generally gone down over time.

Q: Is there typically a hangover effect after a period of high volatility?
There certainly can be a hangover effect, but capital markets straighten it out much faster than, say, labor markets. In the current situation, it's been particularly frustrating for politicians and those who run economies to see that the stock markets did recover but the labor markets, with a much stickier structure, have not.

Q: Do these periods of very high volatility have effects on the institutions around the market? For instance, did it make it hard for new companies to launch or to find funding?
In many ways it's tough on people, but it has some benefits. The high volatility knocks out marginal firms. It is harder to start up new firms, but it re-shifts capital around into better uses. The whole United States, for example, has become more savings oriented than we were. That has caused immediate problems in the sense that we don't consume enough to stimulate the world economy the way we did before, but it's a self-correcting behavior that brings us back into more normal patterns, because we really should be saving and investing more as a country.

Q: So you wouldn't advocate for some ideal level of volatility or trying to institute a transaction tax to reduce volatility in some ways?
That's getting into intra-day movements. There's controversy about high-frequency trading, because some of it could be manipulative of markets in certain ways. There are situations where orders are placed, then removed, in less than a tenth of a second. They're not really putting in actual bids and asks; in effect, they're fishing for other orders. This causes extra costs for some of the participants in the markets. We don't have to allow false bids and false asks to pop in there all the time; I don't really see the purpose.

Usually it does not cause extra volatility, because it typically means there are both more buyers and sellers in the market. But these high-frequency traders are about half the trading volume of the market. When they suddenly disappear, there may be few buyers and the prices can just collapse. The Flash Crash in May of 2010 happened when all these orders disappeared and suddenly people got scared and backed away from the market. This is a very controversial area; I'd like to find some way to reduce the possibility for manipulation.

If Jim Cramer is talking about the stock, it's likely to be a candidate for a short position. Cocktail party stocks end up having the worst kind of returns. People get overexcited about them. A company like Netflix produces a product that is very visible—we all like to watch movies—so it's at the forefront of our minds. Those stocks tend to be bid up and overpriced, until something happens to them. Then they can go out of favor.

I could tell you names of our stocks, but you wouldn't have heard of most of them. That's part of the story here. They're off-brands. They're the middle of the supply channel. They're not the final brand that everybody sees. It's not that they're untraded, because certainly there's lots of trading volume, even here. But you don't get the excitement. They're not the extremely liquid stocks; they're also not as volatile. And they have lower betas, which is basically the sensitivity to market movements.

Q: If these stocks are undervalued because of their lower liquidity is it harder to then sell them at a fair valuation later?
Of course you don't hold them forever. One of the interesting things about liquidity is it mean reverts. Stocks that are not very liquid now, perhaps they're out of the news; well, eventually they come back into the news. One stock that might be attractive is Dell Computers. Everybody knows Dell, it earns money, but if you're a techie type other companies are much more exciting. Even in a sector where everybody might know the company names, they're going to have much more interest in a company with the leading-edge technology. As contrarians, we want to be in the less interesting part of the market.

Eventually, with a company like Dell, trading volume may go up again and volatility and betas rise—and if that happens, prices go up a lot.

As investors get interested in a stock, trading volume, volatility, and prices rise, but stocks that are already volatile and very liquid actually have the worst returns.

Tweets by @forbesindia
Why are Social Entrepreneurs Like Ginger Rogers?
The Significant Gap Between Society And Organizations