Climate change and biodiversity loss: Two sides of the same coin call for a concerted strategy 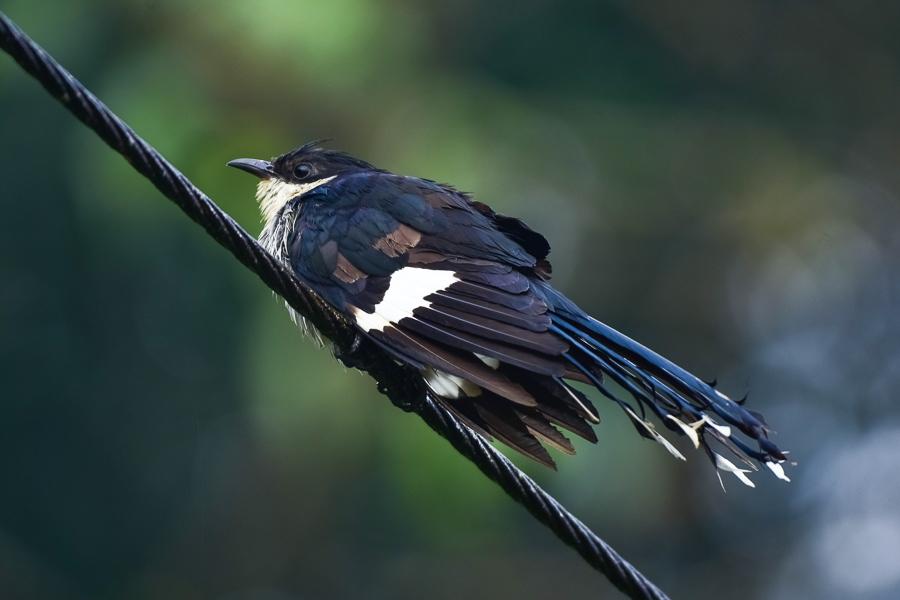 The Jacobin cuckoo was spotted by birders in Mumbai early in June. Yes, the rains followed. Farmers have relied on the arrival of this bird as a signal for sowing their paddy, as it is known to herald the monsoon in India. The monsoon lays out insects, larva, crustaceans, and fruit, aiding their breeding cycle. Biological rhythms such as these seasonal lifecycles have evolved over millions of years, reflecting the inter-dependence of climate and biodiversity. Since the bird has such a strong association with the monsoon, invaluable information around the climatic variations taking place in different parts of the world can be revealed by tracking its migratory route.

Climate change through the lens of United Nations Framework Convention on Climate Change (UNFCCC) is measured using the average surface temperature of the planet. Air bubbles trapped in the glaciers of the South Pole are used as time capsules that yield historical data in greenhouse gas emissions, allowing scientists to predict average temperature increase and weather extremes.

The UNFCCC is a global high table for energy scientists, diplomats, economists, and industry bodies for inter se agreements. Taxes, incentives, finances, emission caps and allowances, markets, and green products are the material goals that have emanated from these summits, called the Conference of Parties (COP). Every global summit, including the recent G7, has climate at the top of its agenda.

While complex terms like taxes and incentives are fiscal and monetary instruments that are all too familiar to the stakeholders, biodiversity is too complex to measure. It has a long gestation period and is often lost in spectacular visuals that bemoan its precipitous decline and appeal for global attention to protect it. The UN Convention on Biological Diversity (CBD) has placed some outstanding research findings in the public domain. The fact that this loss would soon manifest itself with direct impact on gross domestic product (GDP), further leading to phenomenal costs in restoration, seems to have been lost on the global citizenry. The important Aichi biodiversity targets and CBD protocols have remained below-the-national radars.

While climate measurability is challenging, biodiversity is inscrutable given the interconnectivity and its far-reaching impact. A desultory glance at the UN CBD website reads like a chronicle of serial wars on the planet—a million of the estimated 6 million species facing extinction; 75 percent of terrestrial and 66 percent of marine environments severely altered by human actions; 85 percent of wetlands lost; 47 percent reduction in natural ecosystems. The list is endless, and it reads like an augury on the planet’s demise. The outcome—impaired ability of the planet to maintain atmospheric equilibrium, regulate greenhouse gases, provide fresh water, ensure security of our food sources, keep the seas and rivers in good health, and so on. The pandemic is a stark reminder of how a stirred-up web of life can bedevil human lives despite all technological advancements. Acidified oceans, polluted waters, chocked rivers, vitiated airs, ravaged forests, warmed up winds are planetary phenomena that are outcomes of climate change and its willing abettors.

Fixing the climate and our broken nature, therefore, must proceed in an analogous way. There is an increased recognition that climate change and biodiversity loss are two parts of the same problem with calls for a concerted strategy. The UN needs to reflect on its approach of dealing with this integrated phenomenon as two separate problems with the UN CBD calling for attention and action on biodiversity loss and its sustainable use while the UNFCCC has been dominating headlines for climate actions. For the UNFCCC, spontaneous and deep cuts in emissions are the guiding principles, whereas, for the UN CBD it’s nature healing and restoration in tune with the biological rhythms that guide its covenants. However, even though both UNFCCC and UN CBD covenants are international laws, the national commitments and performance on climate are the subjects of intense scrutiny at international and regional forums, while the ostentatious projects that damage biodiversity are neither explicitly punished, nor are the biodiversity conservation efforts explicitly rewarded. Therefore, it is not surprising that disclosure and reporting around biodiversity have not been as high on the global agenda as climate change metrics. But there is a growing recognition that this is an area of material importance.

Clearly, the deep emission cuts aspired by UNFCCC could deliver in arresting the climate disaster only if its foundation built on nature is resilient. The 2021 United Nations Climate Change Conference (COP26), scheduled in November in Glasgow, will move forward several vital issues around climate change including unresolved issues from the important Paris COP15. Whereas, the next UN CBD Summit, expected to take place in China in October 2021, will aim to have countries agree to a global biodiversity framework with internationally binding targets for biodiversity (akin to the 2˚C of the Paris Agreement for climate) providing a guiding light for all markets.

The need of the hour is for these two UN conventions to work together and give a chance to the Jacobin cuckoo to ride the monsoon winds to its destinations in India, as we pick up learnings to not ride against the winds of nature.

5,071
Thank you for your comment, we value your opinion and the time you took to write to us!

Tweets by @forbesindia
Prev
Future is electric: How India Inc should support the EV ecosystem
Next
Meet the unsung hero of the net-zero movement