Can we train the brain to conserve water?

Water management policies thus far have been about augmenting the supply of water rather than to lower demand. The resource is scarce and now we need to go beyond technological solutions.

By Kanchan Mukherjee and Vivek 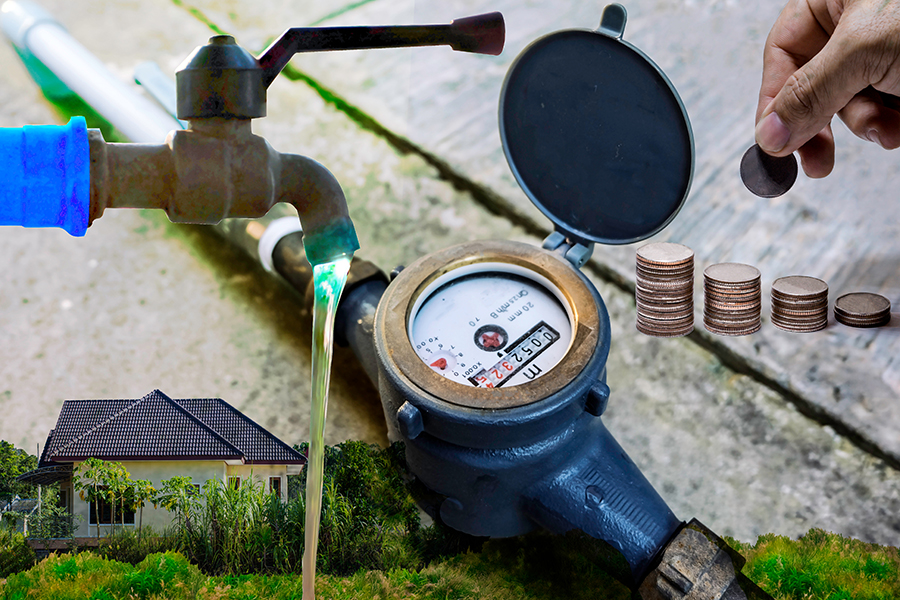 In late 2017, the spectre of “day zero” loomed over Cape Town, South Africa— the day when, for the first time ever, in any big city in the world, all water taps would go dry. Thankfully, the day never arrived, but it served as yet another reminder that water supply is under tremendous stress in most cities around the world.

According to the United Nations (UN), 3 billion people currently lack basic hand-washing facilities at home —incidentally one of the most effective methods for Covid-19 prevention. The world is projected to face a freshwater deficit of 40 percent by 2030. The challenges of water scarcity are particularly pronounced in developing countries such as India, where per-capita water availability has declined rapidly over the last seven decades as the population has grown, especially in the cities.

The main thrust of water management policy thus far has been to augment the supply of water rather than to lower demand. But this option fails when the resource itself is scarce. Technological solutions like efficient washbasin taps and toilet flush-tanks, low-flow showers, and smart meters, are useful, but not widely accessible or in use. Besides, wasteful human behaviour often compensates for the efficiency gains from these technologies.

What about charging for the use of water or restricting supply? Aside from the political and social hurdles to implement this, it would be largely ineffective, especially in high usage affluent urban families who would rather pay up an extra five hundred than curtail their shower time.

Keeping these hurdles in mind, we explored the human aspect in water conservation in a field study conducted in an affluent residential community in Bengaluru, published recently in the journal, Proceedings of the National Academy of Sciences of the United States of America. More specifically, can the brain be trained to use less water? Can the consumer be made conscious of their water usage, and then can they be made to change consumption habits?

We can only be motivated to change a behaviour, once we are aware that it needs changing in the first place. For example, if you do not know that you spend too much on your monthly groceries, then why would you even feel the need to save?

Humans are creatures of habit. When people act in a particular way repeatedly, such as taking a daily shower, they do it in an automatic mode without much conscious thought. That is why attempts to persuade people to conserve water by appealing to their better senses have had limited success. People may get influenced by these messages temporarily, but the force of habit eventually takes over and behaviour change is short-lived.

Intervention design
The study consisted of weekly messages designed to evoke conscious thought and attenuate automatic habitual responses related to water usage. The apartments were divided into four groups randomly – the control group received no message; test group 1 received a weekly message informing them of their water usage; test group 2 received the weekly usage information plus a suggested water usage goal (as recommended by WHO), along with feedback as to how well they were doing (or not); and test group 3, in addition to the above, received easy water conservation tips in pictorial form, like how to take a navy shower or wash veggies in a bowl.

The weekly usage information drew peoples’ attention to how much water they were using daily, something they are usually unaware of in their daily routines. The water use goal put things in context by making the extent of wastage salient. Finally, the water-saving tips gave people the ways and means to reduce consumption. “The progressive information content of the intervention design allowed us to measure the effects of incremental information on conservation activity,” says Deepak Malghan, Associate Professor of Public Policy at IIMB and co-author of the study.

Large and persistent effects are possible
The results were significant. Test group 3, which received all three messages, reduced usage by a large 16 percent in the short 5-week intervention stage compared to controls. But what is even more interesting is that the effect was an even larger 23 percent in the year-long long cooling-off stage, long after the interventions had ceased. Once the new habit is formed, it stays.

Achieving persistence in conservation behaviour has been a central but elusive goal in behavioural research. This study shows that it is possible to achieve large and persistent water conservation effects through behavioural interventions. Automatic, unconscious behaviour, like taking a shower or brushing your teeth while the tap is on was disrupted by repeated activation of deliberate thought. This, coupled with water-saving tips, helped consumers cut back on the wastage of a crucial resource.

The results are undoubtedly promising for demand management using behaviour change techniques. Such interventions can be powerful tools to mitigate the growing risk of day zero by encouraging water conservation. These findings also expand the scope of behavioural interventions to numerous other settings, such as in the larger environment and resource sectors, without the political and social difficulties associated with price-based policies.

Kanchan Mukherjee is a Professor of Organizational Behavior at IIMB and has a PhD in Decision Sciences from INSEAD. Vivek has a PhD in Public Policy from IIMB.

Tweets by @forbesindia
Photo of the day: The bull run
How Tata Steel's market cap grew 256 percent in one year