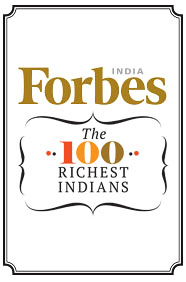 Pharma magnate P.V.Ramaprasad Reddy, who owns 45% of Hyderabad- headquartered Aurobindo Pharma, saw his wealth jump as shares of the $1.94 billion (revenues) company soared 72% ahead of a July bonus issue. Aurobindo, which gets more than 80% of its revenues from international sales, received approvals from the U.S. FDA for its anti-Parkinson and anti-epileptic drugs in June. Last November its U.S. arm bought nutritional-supplement maker Natrol for $133 million in a bid to increase its U.S. footprint.