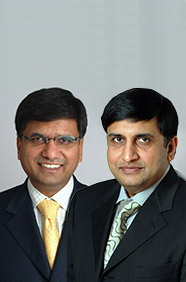 Pharma siblings gained on a surge in shares of their Torrent Pharmaceuticals, producer of drugs for diabetes, cardiac diseases and pain management. The $2.6 billion (revenues) Torrent Group spans power and cable, but bulk of their wealth comes from pharma arm. Business was started by their late father, Uttambhai Nathalal Mehta, in 1959 as Trinity Lab in a rented house in a suburb of Ahmedabad.
Sudhir was part of the business delegations accompanying Prime Minister Narendra Modi on his state visits to the U.S. and Australia.