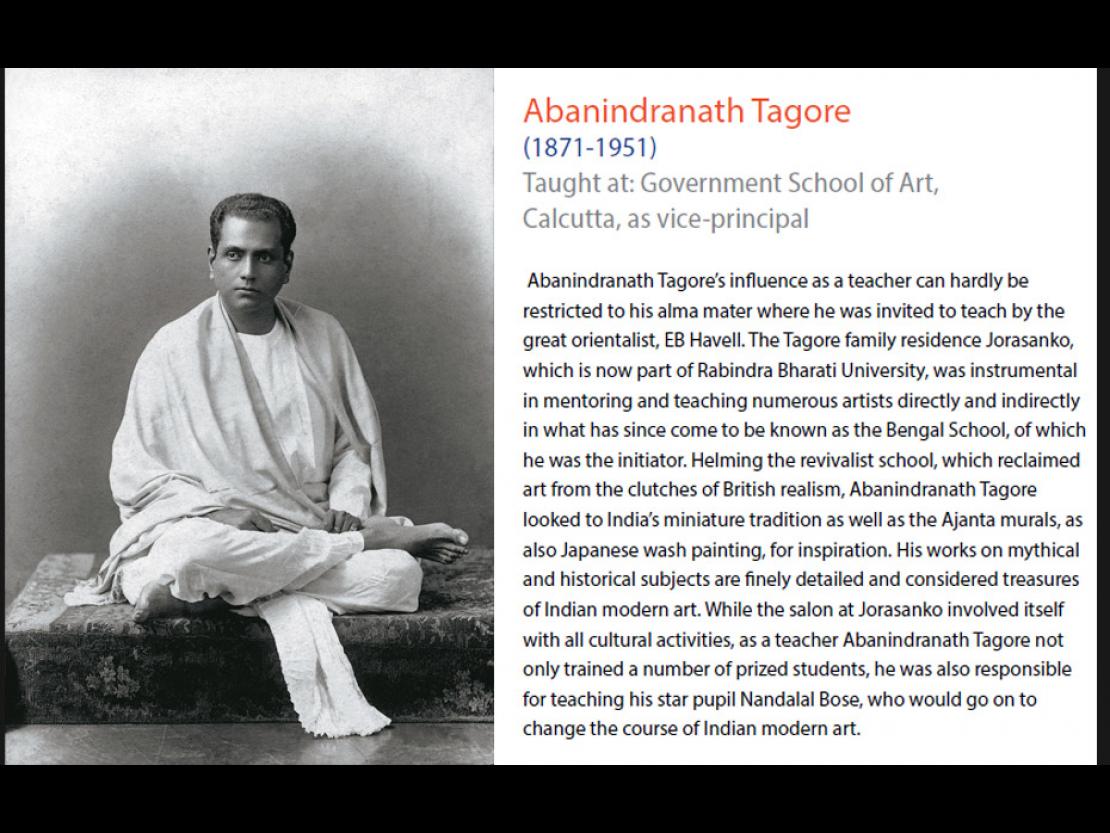 Abanindranath Tagore’s influence as a teacher can hardly be restricted to his alma mater where he was invited to teach by the great orientalist, EB Havell. The Tagore family residence Jorasanko, which is now part of Rabindra Bharati University, was instrumental in mentoring and teaching numerous artists directly and indirectly in what has since come to be known as the Bengal School, of which he was the initiator. Helming the revivalist school, which reclaimed art from the clutches of British realism, Abanindranath Tagore looked to India’s miniature tradition as well as the Ajanta murals, as also Japanese wash painting, for inspiration. His works on mythical and historical subjects are finely detailed and considered treasures of Indian modern art. While the salon at Jorasanko involved itself with all cultural activities, as a teacher Abanindranath Tagore not only trained a number of prized students, he was also responsible for teaching his star pupil Nandalal Bose, who would go on to change the course of Indian modern art.