The Jindal Steel and Power chairman writes about how, drawing inspiration from the national flag, India can rebuild 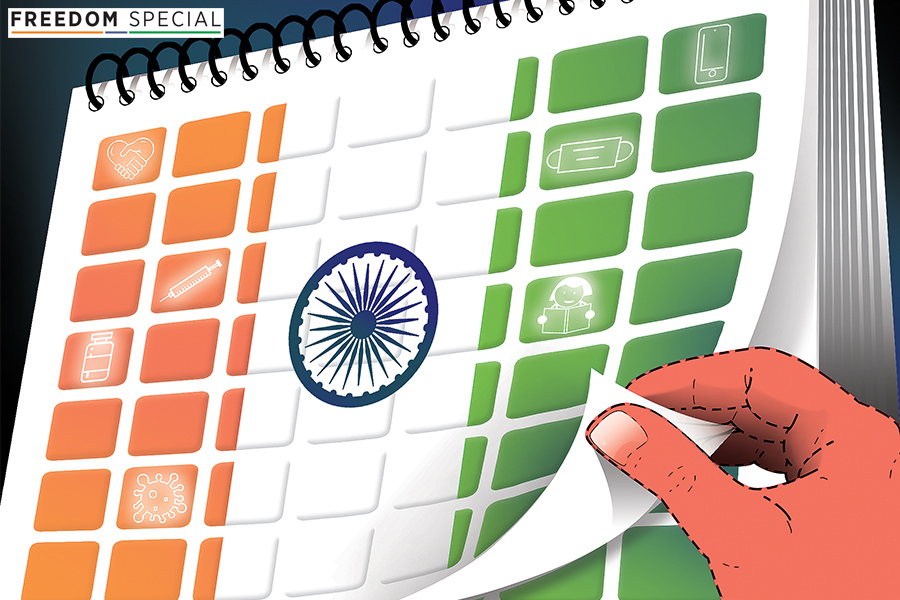 Our governments and the agencies are ready for any eventuality. Against this background, I wish to argue that the tricolour can act as a source of inspiration as India strives to ward off the third wave Illustration: Chaitanya Dinesh Surpur 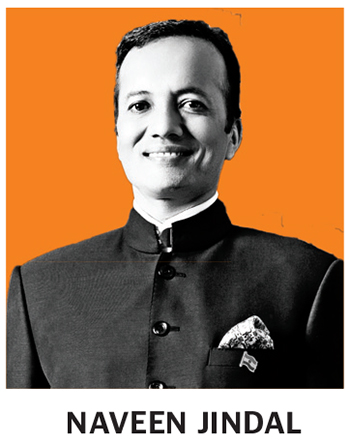 India is an ancient civilisation. As a modern nation, its journey has only been of over seven decades. If there’s one symbol that aims to keep it united in thought and spirit, deeds and actions, it’s undoubtedly the national flag, our tiranga.

The tricolour subsumes all possible differences. It unites disparate groups, languages, religions and regions under one common symbol.

When our freedom fighters were fighting the British, they knew they were faced with a mighty adversary. The freedom fighters were united by their love for the motherland. When the tiranga was adopted as the national flag, this naturally became the universal Indian symbol of nationalism and patriotism, of sacrifice and love, of unity in diversity and of the idea of India.

Today, we don’t have a colonial adversary to deal with. However, an unknown enemy, a virus, that has created mayhem across the world, has posed a great challenge for India too. The people of the country, its governments, agencies, health care professionals, corporates and businesses, civil society and all other corona warriors rose to the occasion through the two deadly Covid waves.

I would recommend a two-fold strategy for our social interventions. One, let businesses and corporates support the governmental initiatives by re-channelising and redirecting their CSR programmes for the poorest and those hardest hit. Malnutrition, especially among children, can be a thrust area.

Two, I would urge private individuals along with the private sector, to create a smartphone bank to support children who cannot afford them, for their online education.

When you are faced with a dilemma or self-doubt, maybe over some of these measures, think about how millions laid down their lives for the tiranga. The tricolour continues to inspire us to do our national duty, and fulfil our obligations towards our fellow citizens, especially those from vulnerable sections.

From the day we got independence in 1947 to the ongoing ‘Azadi ka Amrit Mahotsav’ celebrations marking 75 years of India’s Independence, we have achieved multiple landmarks around the deepening of democracy, diversity, and political, social and economic inclusion. The journey has always been guided by the ideals of the tiranga. It’s the United Colours of India that have inspired India’s rise, including on world platforms.

It’s not that there have not been challenges. If we are to compare ourselves, say, with the nations that got independence around the same time that we got freedom, it would become clear that we have miles to go. Whether it’s the skewed girl-child-boy-child ratio, or our failure to educate the entire eligible population, a burgeoning population or various Human Development Indices, we obviously need to do more. We have set for ourselves ambitious goals like a $5 trillion economy. We need to be more ambitious, by thinking big on scale and speed. It’s the tiranga that will guide us for the quantum jump.

On a personal note, I have had some first-hand experiences of India’s momentous journey. I would list two. One, it was in 1992 that I realised that we Indians couldn’t fly the national flag on all days with pride and respect. I waged a decade-long legal struggle to democratise the tricolour and after a landmark Supreme Court judgment in 2004, the tiranga became part of our everyday existence.

The second example has to do with one of my initiatives as an MP. In 2006, I moved a private member’s resolution in the Lok Sabha advocating for a Zero Hunger Act. India has taken giant strides since then, including a Food Security Act, and more recent initiatives like free foodgrains for the poor and one-nation-one-ration-card. The tricolour was my only inspiration while moving this private member’s bill.

The tiranga is the ubiquitous Indian symbol today. Whether it’s the sporting field, or battlefield, a manufacturing plant, or any public space, the national flag finds pride of place everywhere.

The tricolour continues to inspire us to do our national duty, and fulfil our obligations towards our fellow citizens

The tiranga is our pride. It symbolises our love for the nation. It strengthens our ambition to soar sky-high. It tells us to speak in one voice even when there may exist multiple divergent currents of thoughts.

In the present context, I would like more and more citizens to display the greatest symbol of our country, the national flag, in their homes, offices, and other establishments, and also on their clothes, on their wrists etc.

Drawing inspiration from the national flag, we have to rededicate ourselves to the nation. The national flag inspires us to do our job well. We have to take a vow that we will always do our own job well. When everyone does their job well, we will be able to conquer any crisis, including this pandemic.

India’s rise is imminent. A hundred and thirty crore Indians together are destined for a glorious future. It’s not anyone’s case that there would be no roadblocks or impediments or uncertainties in India’s forward march. What is certain, however, is that in the face of any uncertainty, our beloved tiranga would remind one and all to stay resolute, firm and united, and work for the common national good.

Naveen Jindal is chairman of Jindal Steel and Power Limited, chancellor of the OP Jindal Global University and a former Member of Parliament

Tweets by @forbesindia
Dawn dating: Why many singles are choosing to meet up with potential partners in the AM
Photo of the day: Honouring the protectors