Most edtech startups are idealistic outfits with little revenue and low valuations, but Rachel Romer Carlson's Guild Education is worth $1 billion and is on track to book $100 million in sales. Her secret? Connecting workers who have tuition benefits to colleges that will gladly pay to meet them 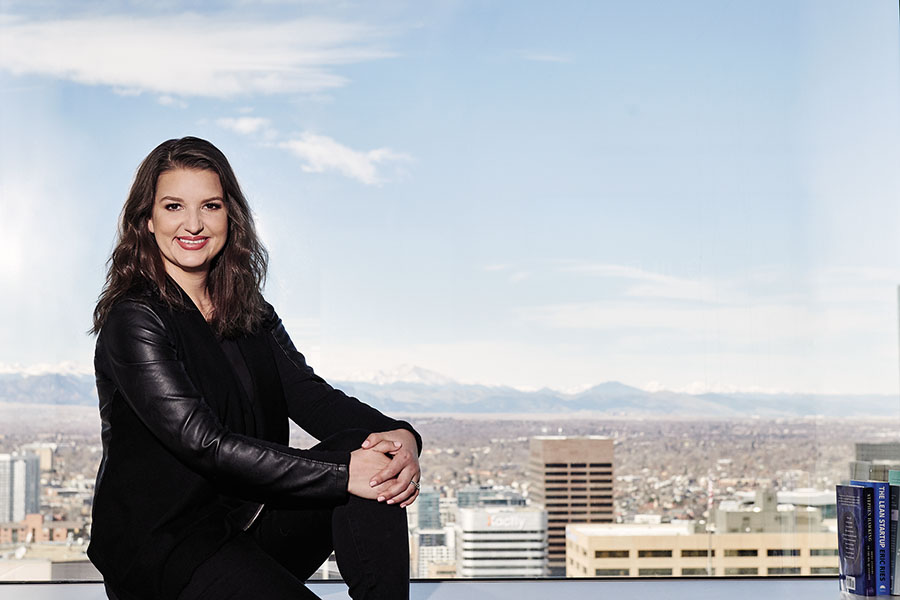 It’s 9 am two days before Thanksgiving in Arkansas, and Walmart executives are dragging their suitcases around a windowless office building in search of a large conference room. They settle on an interior lunchroom with dull gray carpet, claiming one side of a long table in the corner and gesturing for their guests to sit opposite them. Ellie Bertani, Walmart’s director of workforce strategy, says she’s struggling to find qualified people to staff the company’s expanding network of 5,000 pharmacies and 3,400 vision centres. Her fellow Walmart execs are silent, but Rachel Romer Carlson, 31, co-founder and CEO of Guild Education, sees her opening. Without hesitation, she says her team can work with Walmart and find a solution fast. “You guys and us,” she says, “let’s do it!”

Carlson flew to Bentonville from Guild’s Denver headquarters the day before. Dressed in a sensible navy blazer and black slacks, she hasn’t bothered with makeup. Since 7.30 that morning, she’s been huddling with teams of Walmart brass, going over options to train workers for those new jobs. They range from a one-year pharmacy technician certificate programme offered by a for-profit online outfit called Penn Foster to an online bachelor’s degree in healthcare administration at nonprofit Southern New Hampshire University.

Carlson’s groundbreaking idea when she launched Guild four years ago: Help companies offer education benefits that employees will actually use. Many big employers will pay for their workers to go to school (it’s a tax break), but hardly any workers take advantage of the opportunity. Applying and signing up for courses can be cumbersome, and in most instances employees have to front the tuition and wait to be reimbursed. Meanwhile, many colleges are desperate for students because they have small—or nonexistent—endowments and are financially dependent on tuition. Many nonselective online programmes spend more than $3,000 to attract each new student. Carlson charges schools a finder’s fee (she won’t say how much) for the students she delivers from her corporate partners.

So far Guild has signed up more than 20 companies, including Disney and Taco Bell. Guild gets paid only if students complete their coursework, so a full 150 of the company’s 415 staffers serve as coaches who help employees apply to degree programmes and plan how to balance their studies with work and family. When a company like Walmart requests a customised training course, Guild solicits proposals from as many as 100 education providers (nearly all online) and recommends the programmes it deems best. It also negotiates tuition discounts and facilitates direct payments between employers and schools, a big plus for workers who would otherwise have to wait months to be reimbursed.

Carlson, an alumna of the 2017 Forbes 30 Under 30 list and a judge on the 2020 list, says she has already channelled $100 million in tuition benefits to workers. She expects 2019 revenue to top $50 million, and Guild investor Byron Deeter of Bessemer Venture Partners predicts 2020 revenue of more than $100 million. In mid-November, Carlson closed her fifth round of financing, led by General Catalyst, bringing her total money raised to $228 million at a $1 billion valuation. In the sleepy, well-intentioned world of edtech, Guild is one of only a few startups whose values have soared, says Daniel Pianko, a New York-based edtech investor with no stake in the company.

“I can see a path for Guild to be a $100 billion company,” says Paul Freedman, CEO of San Francisco venture firm Entangled Group, who has known Carlson since she was in business school and was one of Guild’s earliest ­investors.

When asked to detail Guild’s inner workings, Carlson eschews specifics and delivers what sounds like a political stump speech: “The economy’s moving so fast,” she says. “We can’t let higher education dictate the skills and competencies that we need five to ten years from now.”

There’s a reason she talks this way. Her grandfather Roy Romer was a three-term (1987–1999) Democratic governor of Colorado before spending six years as superintendent of Los Angeles’ public schools. Carlson started riding along on his campaign bus when she was 6 years old; occasionally she would even speak at his rallies. When her father, Chris Romer, a former Colorado state senator, ran unsuccessfully for mayor of Denver in 2011, she served as his finance director. (“The loss was devastating,” she says.)

Along with politics, the Romers were committed to increasing access to education, especially for working adults. Roy Romer helped start Salt Lake City-based Western Governors University, a pioneer in online adult education. In the wake of Chris Romer’s mayoral bid, in 2011, he co-founded American Honors, a for-profit company that offered honours courses at community colleges (the company struggled, and the brand is now owned by Wellspring International, a student recruitment firm).

After graduating from Stanford undergraduate and working briefly in the Obama White House, Carlson launched her first venture, Student Blueprint, while getting her MBA (also at Stanford) in 2014. Student Blueprint sought to use technology to match community college students with jobs. It was a noble idea, but she decided to finish school and sold the software she had developed to Paul Freedman’s Entangled Group in 2014 for a negligible sum. In 2015, after she wrapped up her MBA, she pitched the idea for Guild to one of her professors, Michael Dearing, and to seed investor Aileen Lee, of Cowboy Ventures, raising $2 million.

After relocating to her home turf in Denver, she landed her first major corporate partner in the summer of 2016 when she sent a LinkedIn message to a Chipotle benefits manager that played up the fast-food chain’s “strong Denver roots and social mission”. With help from Guild, Chipotle’s $12-an-hour burrito rollers are now pursuing bachelor’s degrees from Bellevue University in Nebraska or taking computer security courses at Wilmington University in Delaware. In October 2019, Carlson persuaded Chipotle to lift its cap on tuition benefits above the $5,250 the IRS allows companies to write off.

Guild’s biggest competitor is a division of ­Watertown, Massachusetts-based ­publicly traded daycare provider Bright Horizons, which has offered tuition benefit services since 2009. It works with 210 companies including Home Depot and Goldman Sachs. Under Bright Horizons’ system, the companies—not the colleges—pay. Much of the genius of Guild’s business model is that it correctly aligns incentives: The colleges are the most ­financially motivated party, so they foot the bill. ­Another ­competitor, Los Angeles-based InStride, launched in 2019 with funding from Arizona State University, and like Bright Horizons it charges the corporations.

“I see our competition as the status quo,” Carlson says. “Classically, employers have offered tuition-reimbursement programmes, but no one is using those programmes.”

“Walmart and Amazon are in a death struggle,” proclaims Joseph Fuller, a professor at Harvard Business School. “If a Walmart worker can say, ‘I got an education that allowed me to get promoted,’ they’re going to be someone who speaks generously about Walmart and they are more likely be a Walmart shopper.”

Like a good politician, Carlson is working to please everyone. “We found a win-win,” she says, “where we can help companies align their objectives with helping their employees achieve their goals.”