Want to make money in crypto currency? Question everything

If you want to succeed in the crazy, opaque, inefficient crypto market, start by challenging every assumption, every nugget of news, every piece of social media wisdom 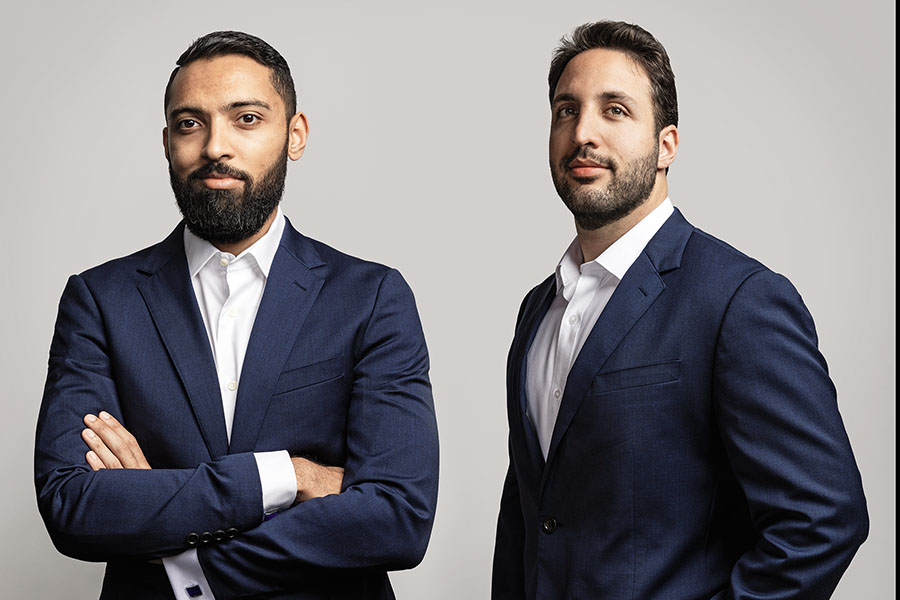 Sitting side-by-side in a trendy Manhattan cafe where a glass of cold-pressed pineapple-and-carrot juice costs $9, the 29-year-old co-founders of cryptocurrency investment firm Multi­coin Capital are ticking off the digital coins they’re shorting. They stand to make millions if the virtual coins tank in value. “Two years from now, zcash is worth zero,” says Kyle Samani of the three-year-old privacy-focussed cryptocurrency. Currently, zcash trades for $66.

Research suggests that few of zcash’s users are taking advantage of its core privacy features. Even worse, other cryptocurrency platforms such as ethereum are copying zcash’s privacy technology. A zcash spokesperson counters, “If you want a private medium of exchange, there is nothing else like it.”

Samani’s co-founder, Tushar Jain, is eager to finger another popular cryptocurrency the duo thinks is worthless. “We’ve been publicly short XRP,” he says, referring to the coin used by San Francisco company Ripple to speed up interbank transactions. 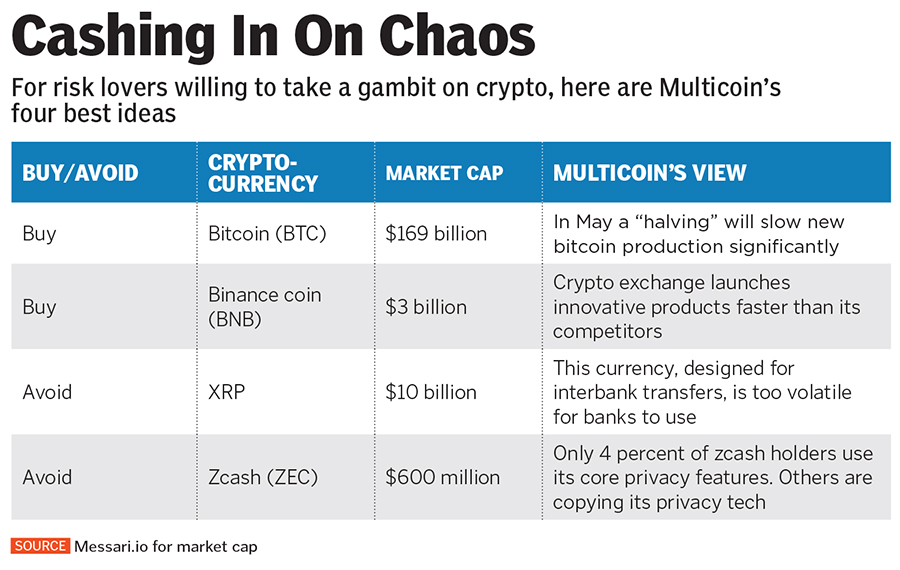 In a market where disclosures are optional and hype and momentum play an outsize role in pricing, the pair uses a combination of data analysis and crowdsourced research to inform trades. Above all, Samani and Jain have thrived because they question every tidbit of information they receive. “In the crypto community, these things are religious in some ways. They keep telling you, ‘Believe, believe, believe’, forever,” Samani says. “We never take it for granted that what’s being said is accurate.” This sceptical approach has been a big winner. According to those familiar with Multicoin’s results, its fund has returned 143 percent before fees over the last two years.

Jain was born in India and grew up in Astoria, Queens. His parents run a clothing store on Manhattan’s Lower East Side. Samani grew up in a well-to-do Austin neighborhood. The two met in 2008 at NYU, where they studied finance and became best friends despite vastly different personalities. Wilson says the hard-charging Samani “can be a little controversial and aggressive”. Jain is reserved and quiet.

Upon graduating in 2012, both worked at Samani’s father’s medical-records company but ultimately left to form their own startups—Samani’s made apps for the ill-fated Google Glass wearable-computer venture; Jain’s created a data business that helped doctors find patients for medical trials. But in mid-2016 the two immersed themselves in learning about blockchain. They joined forces to launch Multicoin in May 2017 as the buying frenzy began. Almost immediately they raised $2.5 million from angel investors. Their portfolio, long on highfliers like ether, “0x” and factom, doubled by the end of 2017.

In addition to making noise on social media—Samani now has 36,000 Twitter followers—the pair began publishing long technical pieces, including one detailing how cryptocurrencies designed solely to pay for a specific product weren’t worth investing in. “Sometimes we get responses from people that are 1,000-word essays,” Jain says, referring to the insider feedback their posts elicit. “We have a full-time team of 14, but it can feel like an investment team of 50.”

Multicoin’s blog posts also serve as advertisements for new investors and for entrepreneurs seeking funding. By July 2018, Multicoin had raised a combined $70 million from David Sacks (a member of the so-called “PayPal Mafia”), Wilson and other investors. The year was a terrible one for cryptocurrencies, with bitcoin falling 74 percent. Multicoin’s losses were limited to 33 percent because of successful shorts of litecoin, XRP and ethereum classic.

In April 2019, Multicoin made one of its boldest bets: It wagered nearly 15 percent of its portfolio on Binance, one of the world’s largest crypto exchanges. Many investors have shunned Binance’s coin because unlike Coinbase, its billionaire CEO, Changpeng Zhao, is known for evading regulatory oversight and skirting US money-laundering laws.

In June 2019, after Binance announced that a new exchange would comply with US laws, its coin rose to $40, an eightfold gain for Multicoin.

Jain and Samani are also pound-the-table bitcoin bulls. They closely monitor the number of accounts holding 1,000 or more bitcoins, worth about $9 million at current prices. That number has risen, and these investors are holding onto their bitcoin for longer durations. Those factors, combined with the upcoming May “halving” of bitcoin—the number of new bitcoins created per day will automatically drop by 50 percent—convinced them to buy bitcoin call options.

In addition to its exchange-traded cryptocurrency bets, Multicoin invests directly in startups like San Francisco’s Helium, which sells a $495 Wi-Fi hotspot that allows homeowners the opportunity to share internet access with others nearby—and earn cryptocurrency by doing so. Using Helium, mobile scooter provider Lime, for instance, was able to keep tabs on its bikes without paying Verizon’s Wi-Fi fees.

“I think we’re going to be looking at over a 10x return,” Jain says. A Samani blog post led to their introduction to Helium’s CEO.

One Multicoin investment that has been a bust is EOS, a token created by startup Block.one that raised $4 billion in an initial coin offering. Multicoin invested in EOS in early 2019 after publishing a 31-page analysis of it. The token traded at $11.6 at the time but sells for $4 today.

“I wish we had developed a better relationship with the core [EOS] team to understand their vision for the protocol and how they were going to grow and scale it,” says Samani, sounding like a value investor who miscalculated management’s skill.

If there’s a lasting lesson from three years in the crypto-trading trenches, it’s that there is no room for passive investing in digital assets. Says Jain: “The crypto markets are the least efficient markets I’ve ever seen in my life, and that means active management has an opportunity to shine.”

Tweets by @forbesindia
The top-earning dead celebrities of 2019
Coronavirus: Global markets tumble for 6th straight day in worst week since 2008