As cinemas reopen in many countries after pandemic-induced closures, Hollywood has been deeply torn over whether to keep releasing films on streaming services alongside traditional theatre releases. Cumberbatch offers his views 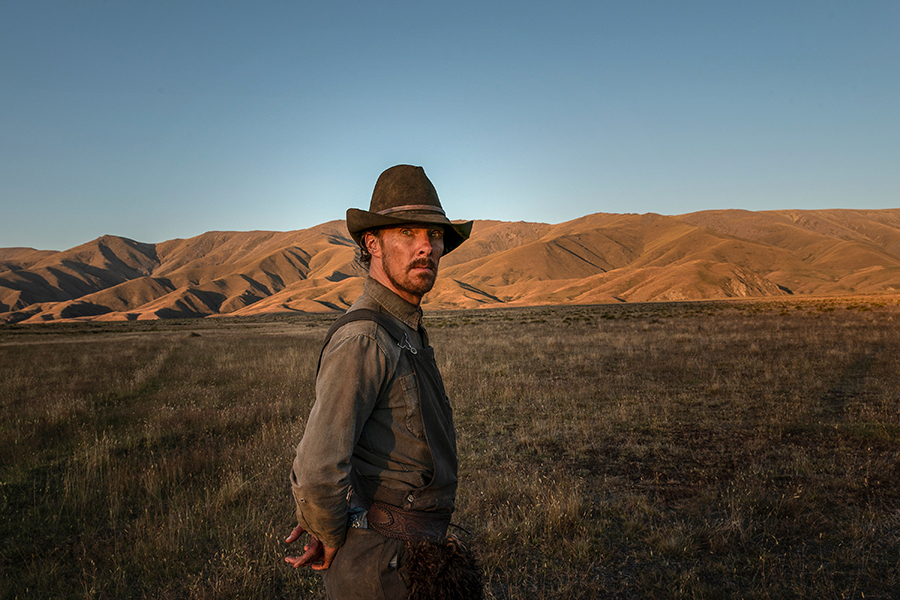 Benedict Cumberbatch as Phil Burbank in Netflix Oscar hopeful film 'The Power of the Dog'. Image by Kirsty Griffin/Netflix
British star Benedict Cumberbatch said Thursday he was "thrilled" over Netflix's role in the film industry, but added that streaming services still had to support cinemas.

The "Sherlock" and "Doctor Strange" star was at the Venice film festival where his latest, Netflix-backed movie "The Power of the Dog" is competing for the Golden Lion.

"We live in a very uncertain time," he told AFP. "We're a variant-hair's breadth away from all this—being in a cinema—not being possible again.

"I'm kind of thrilled that we have somebody who's going to get the work seen. Netflix are very supportive of a film industry that involves creatives at every level and also at the end, a cinematic release—for a period of time."

As cinemas reopen in many countries after pandemic-induced closures, Hollywood has been deeply torn over whether to keep releasing films on streaming services alongside traditional theatre releases

Cumberbatch's Marvel co-star Scarlett Johansson is suing Disney over its decision to release superhero movie "Black Widow" on its streaming service this summer, saying it cost her millions of dollars in cinema revenue.

Another major blockbuster, "Dune", which premieres in Venice on Friday, will also get a simultaneous release on HBO Max.

'The Power of the Dog'

"The best way I can compare it is to drive a speedboat in your bathtub," he told Total Film.

Cumberbatch agreed that streamers need to keep the cinema experience alive, and said he was confident that Netflix was striking the right balance.

"The people who work for Netflix are all cineasters, we're all filmmakers, we all want to have that communal joy that we're hopefully going to have tonight," he said, speaking about the imminent premiere of "The Power of the Dog".

"Culturally, it's really important for streaming services to help nourish that. As long as it really is happening and not their version of greenwashing—I don't know what the phrase would be—as long as it's not just good talk, then great."

He added that, while he was excited to be back at a film festival, he had a bit of trouble seeing the Italian flag after England's traumatic World Cup final loss earlier this summer.

"(The premiere) will be the most people I've been in a room with, apart from the Wembley final, but we don't talk about that," he said, laughing.

"I saw the Italian flag and I suddenly had this weird depth-charge of sadness go off in me from the last time I saw that flag, which was when I also saw the St George flag wrapped around people drowned in rain, going home looking at their shoe laces."

Tweets by @forbes_india
Photo of the day: More silver
Want a healthy BP? Kick away the salt and embrace the flavours