It just struck me: what's going on for these men in their 80s and 90s who are still packing the diaries every day?" Armstrong told a recent event at the London Film Festival 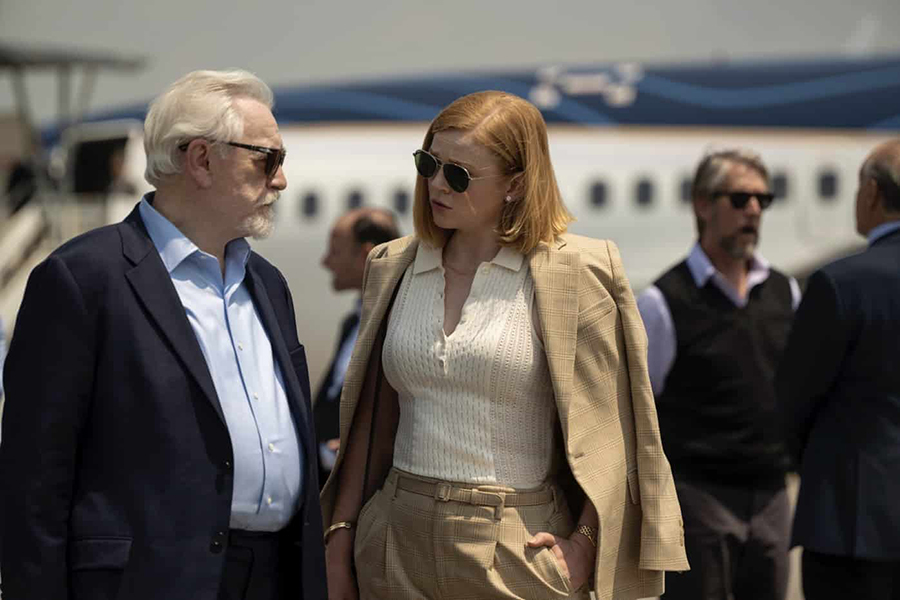 Succession, the fictional TV show depicting bitter feuding within an all-powerful family running a media conglomerate, was born out of real-life quips by legendary industry moguls Rupert Murdoch and Sumner Redstone, its creator has revealed.

Jesse Armstrong, a British television writer and executive producer who created the hit HBO series, said his interest in chronicling a media dynasty was sparked by the two tycoons both joking that they "didn't plan to die" when asked about their succession plans.

"It just struck me: what's going on for these men in their 80s and 90s who are still packing the diaries every day?" Armstrong told a recent event at the London Film Festival.

The first episodes of the show's third season screened at the British capital's film and TV showcase last week, days before airing in the US and UK.

"It felt like something quite basic about not wanting to give up and feeling that loss of influence at the end of your life. And I started to feel there was a show about what those people are like in general."

Redstone, who rose from modest beginnings to lead one of the most powerful Hollywood and TV empires that merged US network CBS with media conglomerate Viacom in 2019, did in fact die in August last year aged 97.

"Succession", which first aired in 2018, has proved hugely popular with audiences and critics, scooping numerous Emmy and Golden Globe awards including for best drama.

The show follows the acrimonious power struggles within the Roy family, which controls the fictional media corporation Waystar, as patriarch Logan Roy (Brian Cox) ages and battles to retain control.

His four adult children vie for positions and power inside and outside the family, typically behaving horrendously along the way.

In the first season, one of Roy's drugged-up sons flees a deadly accident in which he was behind the wheel of the car.

Another son, on earning a promotion, masturbates against his floor-to-ceiling office window while looking out over Manhattan.

It has earned a loyal audience despite Armstrong conceding that some initial viewers "don't take to it because they find the people not nice".

He argued those who do stick with it develop a better understanding for the fact that the characters are "terrible, but there's a reason".

"You come to know more about why they act the way they do and does that excuse them? Well, that's a question I think is legitimately thrown back on the audience," he said.

The series has drawn obvious comparisons with the reported feuding within the real-life Murdoch family, and Armstrong acknowledged its origins lay with a screenplay he wrote in the 2000s about the News Corp founder.

But "Succession" is also very much a work of fiction, which deploys plenty of humour around its morally defunct characters to entertain and shock.

"It is obviously, hopefully, funny, but it's also a drama," said Armstrong, who created the hit British television series "Peep Show" and worked on other successful shows including "The Thick of It" and "Black Mirror".

"I feel like they interrelate well, and that a comic take on a situation can be a twist on that traumatic interaction, that doesn't necessarily produce a spark of laughter.

"It can be a sort of spark of horror, or a spark of understanding. I think comedy can go, in its broadest sense, lots of places."

Armstrong said he has struggled from the start over whether his ageing fictional mogul should be killed off.

"This is the planet, or the sun, that they're revolving around. It might be fascinating one day to find out what happens when that goes, but not yet."

Tweets by @forbesindia
Balenciaga: The story of a brand destined for success
Beyond language barriers: Meet the social media influencers of the South