Could your leadership style be influencing bad behaviour?

Rupert Murdoch says he was "shocked, appalled and ashamed" to discover his employees were hacking phones. But did his leadership contribute to the practice?

The scandal of journalists within the News Corp empire hacking into dozens of mobile telephones resulted in the closure of the News of the World, the arrest (and jailing) of several top editors and an extensive government inquiry into journalism.

Throughout it all, News Corp CEO and chairman Rupert Murdoch has maintained he knew nothing about it and was in no way responsible for the actions of his employees. 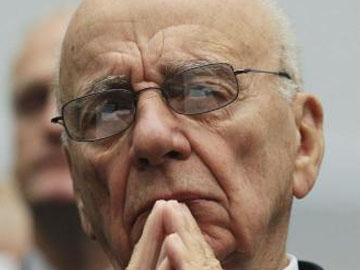 Image: Courtest Insead
News Corp CEO and chairman Rupert Murdoch
Murdoch insists that while he may have “lost sight” of the paper, which was a very small part of his global media empire, he was “shocked, appalled and ashamed” to learn about the incidents of phone hacking and the paying of bribes to police and public officials. So upset, in fact, he shut down the offending publication.

The more investigators dug, however, the more  obvious it became that the phone intercepts and other questionable activities were the result of more than a few bad apples; the practice of paying for, hacking and generally “doing whatever it takes” to get information, was systemic across News Corp’s tabloids, suggesting a corporate culture that condoned unethical and illegal practices.

The question is, just how blameworthy was Murdoch himself? And to what degree was he responsible for setting the “tone at the top” which allowed these practices to continue.

A history of hacking
As noted in my case study Rupert Murdoch and News Corp: the Phone Hacking Scandal, written with case writer Robert Crawford, the 2011 discovery that a News Corp journalist had intercepted the voicemail messages of kidnap and murder victim Milly Dowler, was not the first case of phone hacking linked to the Murdoch stables. In 2006, it had become clear that a number of News of the World stories on the Royal Family could only have been obtained from access to personal phone messages. Scotland Yard traced responsibility to reporter Clive Goodman and a private investigator, both of whom were jailed for the offence.

The matter was initially dropped despite evidence during the trial indicating the practice was widespread. But as the extent of the police file leaked out, scores of hacking victims launched lawsuits against the newspaper, and received generous cash compensation in return for confidentiality. News Corp stock owners began to protest, prompting the British Parliament to reopen its investigations. When reporters at rival papers published the devastating story about Milly Dowler, the backlash was brutal.

Hyper-competitive culture
There is no direct evidence that Murdoch was informed of the extent of the phone hacking and corrupt payments. In fact as head of a huge empire with tens of thousands of employees, there is no doubt he was a long way away from the action. However testimonies affirm that he exerted (and continues to exert) considerable influence over how people operate within his organisation. As his biographer Michael Wolff suggests, “Every second working for Murdoch is a second spent thinking about what Murdoch wants. He inhabits you.”

A shrewd competitor
All evidence suggests that from very early on Murdoch’s organisations have thrived on fierce internal competition and a ‘do whatever-it-takes’ attitude to meeting expectations.

After inheriting control of his father’s Australian media assets in 1952 at the age of 21 it didn’t take long for Murdoch to distinguish himself as a shrewd and aggressive operator. He consolidated the company’s holdings into a family trust corporation and, with a string of acquisitions, proved himself as a man who was ruthless at getting what he wanted.

He acquired the U.K.’s News of the World and The Sun publications in the 1960s transforming himself into a major media figure. The following decade he began to purchase print media in the U.S.A. and in 1979 established News Corp, a global media holding company for News Ltd. The group was publicly listed though only 30 percent of its shares enjoyed voting power. The ownership structure gave the Murdoch family 39 percent of the voting block, enough to enable him to serve as the company’s chairman and CEO, effectively dominating the board, which had a reputation for weakness.

Murdoch appointed members, set the agenda and virtually controlled all information going in and out. Internal competition
Managers of News Corp tended to be promoted from within the company, creating a culture of hyper-competition and an atmosphere where they were expected to do whatever it took to satisfy the demands of Murdoch’s editorial teams.

When Murdoch purchased The Times and Sunday Times in 1981 editor, Harold Evans, said he felt under relentless pressure to conform. Evans described the office as a hotbed of betrayal and intrigue, spurred by fears of massive layoffs and personal ambition. Murdoch’s attention was sporadic, but overwhelming when he was there. The paper’s Middle East correspondent, Robert Fisk, one of many to resign, noted that some his articles were not making it into the paper. Fisk said while he did not believe Murdoch was regularly involved with individual stories there was a “widespread culture of obedience and compliance throughout the paper, a feeling that Murdoch’s views – what Murdoch wanted – were known.”

Murdoch’s children also appeared to have difficulty dealing with his autocractic style. Elizabeth and Lachlan – who were fast-tracked to top positions - eventually resigned, fed up, according to Wolff, with their father’s “impatient, domineering, fussing presence”.

His youngest son James, later took over News International, which was responsible for News Corp’s UK newspaper publishing business. Emulating his father, James denied any knowledge of the extent of the phone hacking, despite receiving a “smoking gun” email from lawyers identifying a number of journalists involved.

Tone at the top
A key aspect of this story, is that Murdoch had been made aware of phone tapping in his company from very early on – at least since the royal hacking trials in the mid-2000s - but did little to stop it. There is evidence that by not addressing those first incidents, by failing to put controls in place to prevent it happening or even making it unequivocally known to staff that such practices were unacceptable, he was condoning the practice implicitly.

Murdoch is clearly decisive, as can be seen in his swift decision to close the News of the World. He can also be seen as controlling – paradoxically in a largely hands-off manner. There was no need for him to have ordered, accepted or even known about the phone hacking for people to believe it was consistent with his wishes. In the absence of condemnation and more generally of high ethical standards and the necessary controls, people probably felt they were doing what Murdoch believed was needed to generate the content required to sell newspapers.

Responsible leadership requires attention to the consequences of our actions – or indeed inaction and even ignorance. While Rupert and James Murdoch may not have ordered the phone hacking, and indeed may have not even known about it, they should have. Given his leadership style and the corporate culture, he bears substantial responsibility along with others in the hierarchy.

Professor N. Craig Smith is the INSEAD Chair in Ethics and Social Responsibility at INSEAD