Effects of computerization on workers 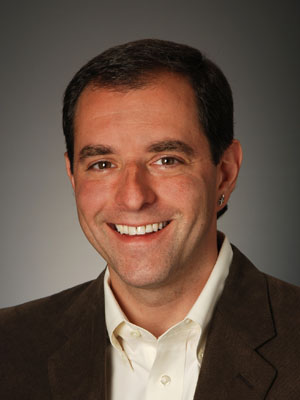 Your research looks at key labour market trends since 1980, which include a decline in mid-skill, mid-wage work and a 30 per cent increase in low-skilled, low-wage service jobs. Why is this happening?
In the last 20 years, computerization has become very effective at prescriptive, procedural and quantifiable tasks, and as a result, many jobs have been completely transformed. For example, the job description for a secretary today is utterly different from what it was 30 years ago.  Back then, secretaries handled paper and typed things up and filed them away; now it’s all about organization and tracking down information and coordinating things, and these are very different tasks. This shift also applies to blue-collar positions, where most repetitive activities have been automated. If you walk into a modern auto plant, you will be amazed by how few people work there, because so much of the work is done by robots.

However, this trend has had a limited impact on knowledge workers—people who do creative problem-solving and ideation-type jobs, particularly managing and solving novel problems. In fact, arguably, these jobs are actually complemented by information technology, because it increases the amount of work people can accomplish. If you’re a lawyer reviewing cases online, or a doctor accessing medical data, you can accomplish a lot more on a typical day than your counterparts could 30 years ago. Technology not only gets rid of a lot of drudgery for these workers, it plays to their specific comparative advantage.

As for service work, the reason for its significant increase is that most of this work is not conducive to automation. A lot of the work in, say, construction or restaurants involves visual and motor flexibility. It also requires adaptability, in terms of answering questions, giving people directions or taking orders. These are not high-skilled activities by conventional standards: adults who are literate and have their physical faculties can do these jobs; but robots are horrible at these things.

As a result of these three shifts, what we see today is a ‘U-shaped’ labour market curve, with the middle-skill jobs at the bottom of the U, and the knowledge workers and service workers bringing up each side of it. This pattern of ‘employment polarization’ is not unique to the United States: similar polarization by skill level has been underway in numerous industrialized economies in the last 20 to 30 years, including Canada.

What are the implications of this ‘hollowing out’ of traditional middle-wage jobs for the middle class?
In terms of generational mobility—the probability of moving up or down the income distribution ladder across generations—many people, myself included, would have suspected that it would be decreasing; but the most recent data does not suggest this. It indicates that mobility has not actually changed very much in the last 20 years—at least in the U.S.  One way they measure this is to look at the likelihood of young people from top-20th percentile income households and lowest 20th-percentile income households to attend college.  Apparently, if you compare kids born in 1991 with  those born 20 years earlier, there hasn’t been any significant change in this regard, which is quite surprising.
That does not mean that there is nothing to worry about with respect to the middle class, because we have seen a very substantial fall in the real earnings of non-college educated workers, and alongside that, falling employment rates.  You don’t have to care about inequality, per se, to be concerned about large chunks of the population seeing downward economic progress over time. The fact that people are dropping out of the labour force says one of two things:  either employers have no use for them, or they have no use for the jobs that are being offered at the wages they can command. It’s hard not to see either as a very bad indicator. Work is what structures adults’ lives: it gives us purpose, focus, a set of responsibilities and an identity. So when people are not participating in the labour market, all sorts of other things often start to go wrong.

To what degree are factors such as declining manufacturing employment and offshoring contributing to labour polarization?
My coauthor David Dorn and I looked across local labour markets and compared them on many different measures, and the one thing that stood out as being highly predictive of polarization at the lower level of the labour market was the share of employment in routine task-intensive jobs—those that are most susceptible to automation. I am not saying that the factors you mention are irrelevant. The decline in manufacturing has had a very important effect on employment among certain groups, and it has also contributed to falling wages for those groups; but it doesn’t appear to be a main driver of occupational polarization.

As for outsourcing, the measurement of it is so weak that we don’t really have a good sense of it. Much of the measurement has to do with ‘outsourcability’ rather than actual outsourcing, which is not ideal. I don’t want to dismiss these factors out of hand, but in our analysis they did not appear to be significant in terms of causality.

As indicated, there has been much faster growth in service occupations in the last decade, but wage growth in these occupations has not followed suit. Why is this?
On the one hand, you have this potential complementarity between goods and services: as many goods get cheaper (think large screen TVs or all of the inexpensive households goods available at Walmart or Target), people are spending more money on services, which leads to employment growth in services. However, the countervailing force is that, as we have discussed, many workers are being displaced from middle-skill occupations, and as a result, more adults are taking what we historically have thought of as ‘teenage jobs’.  This creates downward pressure on the wages in services.

The question of ‘which effect dominates?’ partly depends on the tightness in the labour market, and obviously in the last 10 years, the U.S. labour market has been very slack, due in part to the recession. In my view, the dominant force affecting wages in service occupations over approximately the last decade has been downward labour mobility.

In the last few years, income inequality has become more prominent in the public consciousness. Do you think we’ve hit a tipping point on this issue that might instigate some change?
I was actually sure that we would hit this tipping point back in 2007—when the financial crisis was doing so much damage and the government had to bail out the banks and other financial institutions. It seemed to me that people would have said to themselves, ‘Hey, not only have we been tolerating very high and rising levels of inequality and convincing ourselves that somehow, it’s not harmful; but now—through greed and mismanagement—the entire system has blown up!’  I really believed people would demand some serious reforms, but it just didn’t happen.

Thankfully, today, there is evidence that many people are uncomfortable with the way things are, and income inequality has become part of the discussion. But will the U.S. take bold action? I think that is very unlikely. We have such a constrained policy environment that it is very difficult to achieve any kind of significant change at the moment.

You have proposed a mix of policy initiatives to tackle these imbalances, including promoting higher education, increasing the minimum wage, and pursuing progressive income taxation. What do you see as the ideal mix of strategies to promote greater income equality?
The long-term policies that will be most effective all have to do with investment: investing in ourselves, investing in opportunities, creating good schools, and creating situations where people can acquire skills that enable them to be successful. But it’s not simply a matter of sending people off to college—it’s also about having adequate vocational training. I can’t speak for Canada, but in the U.S., we don’t have a well-developed vocational education system for students who are not interested in doing a traditional four-year degree.

In addition, there are a number of things we can do in the interim to moderate inequality and create opportunities, and the tax and transfer system is a big part of that. I think progressive taxation is a very good idea. I also think raising the minimum wage—within moderation—is a reasonable idea. The best evidence is that it has very limited dis-employment effects and substantial income-transfer effects. But there is a limit to how high you can go with the minimum wage, because if it gets too high, certainly, even more jobs will disappear.

David Autor is a professor and associate department head in the Department of Economics at MIT, and editor in chief of the Journal of Economic Perspectives. He is a visiting professor at Harvard for the 2013-14 academic year.

Labour Market Polarization: Some Key Facts
• The past 25 years have seen stagnant or declining real earningsand employment
of most low-skill occupations, employment and earnings in service occupations offer
a striking exception: between 1980 and 2005, the share of hours worked in
service occupations among non-college workers rose by more than 50 per cent.
•  Simultaneously, real hourly wages of non-college workers in service occupations
increased by 11 log points, considerably exceeding wage growth in other low-skill    occupations. This offers insight into the polarization of employment and earnings
in the United States and potentially other industrialized countries.
•  Recent computerization has substituted for low-skill workers in performing
routine tasks while complementing the abstract, creative, problem-solving, and
coordination tasks performed by highly-educated knowledge workers.
•  As the declining price of computer technology has driven down the wage paid for
routine tasks, low-skill workers have reallocated their labour supply to service
occupations, which are difficult to automate because they rely heavily on dexterity,
flexible interpersonal communication, and direct physical proximity.