Looking to innovate? Ditch the startup mentality and adopt a VC mindset

Rather than cultivating one great idea, bet on as many as you can. 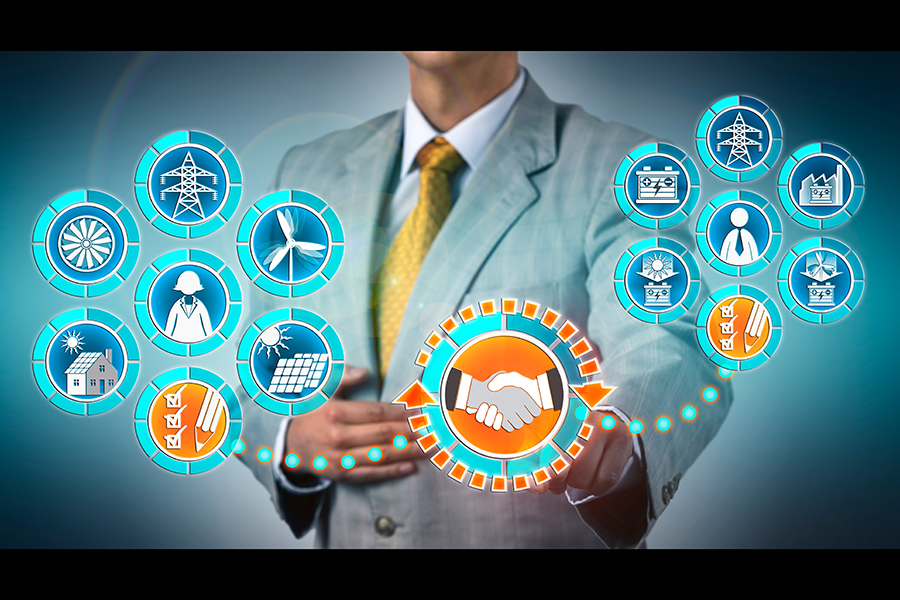 Executives are often told they need to think like entrepreneurs. Stay lean. Drive innovation. Bring a garage mindset to the c-suite strategy meeting.

But is this really the best strategy? Should CEOs adopt the culture and habits of a startup? Is it necessary for mature companies to go “back to the garage” to innovate?

According to Joe Dwyer and Sean Johnson, adjunct professors of innovation at the Kellogg School and partners of Founder Equity, a Chicago-based VC fund, executives would be better off thinking like venture capitalists than scrappy startups.

In other words, CEOs should think of themselves as funders, not founders, of startups within their own companies. This VC mindset involves thinking big, taking risks, and adopting a broader, more objective view of opportunities based on insights pulled from data. Nurturing an innovative culture company-wide is fine, but it will not necessarily propel growth the way farsighted investment can.

“Your role as executive is not to run these startups,” Dwyer says. “Your role is to allocate resources to identify strategies that work to steer capital and resources towards the things that are most likely to create value.”

The Portfolio Strategy
Dwyer and Johnson advise a portfolio approach to innovation: investing in a range of ideas based on key insights into opportunities and needs.

The benefit of this strategy is that it allows companies to move beyond incremental growth.

Indeed, many of the world’s most successful companies—such as Amazon—have employed a version of the VC mindset. They invest in a number of risky-but-exciting ideas, hoping that one of them will lead to a major breakthrough.

But it isn’t only the giants who can afford to make these kinds of bets.

“You have to think of the outcome in the aggregate, which means you think of the capital and the budget in the aggregate, too,” says Sean Johnson. “You want to be highly selective and rigorous in the selection process, while at the same time saying ‘We’re fully planning on deploying all of this capital and we’re planning on spreading it across enough initiatives to make the numbers work from the volatility perspective.’”

Johnson admits this strategy might not always be an easy sell—especially to a skeptical board—but he says that once you present the numbers, the case is usually persuasive.

“Instead of going to your board and saying ‘We’re going to do ten initiatives,’ say, ‘We’re going to start an innovation group. We’re going to put small amounts of money in XYZ.’ If you think like a venture capitalist, you’re just reporting your portfolio, rather than the success or failure of each initiative.”

The question then becomes whether you are preparing your ventures for an “M&A”—when they are absorbed into one of the divisions of your company—or an “IPO,” when the initiative spins off to form its own entity.

“They’re both viable,” Dwyer says, “and VCs give clues about how we should think about this. And yet executives tend to think of it like a startup instead of transitioning it into the real world.”

Design Your Portfolio
In designing an innovation portfolio, Dwyer and Johnson first advise conducting a thorough evaluation of the pain points and opportunities in your industry. This involves talking to stakeholders from across the entire spectrum of the customer journey—a large healthcare company, for instance, might converse with doctors, nurses, administrators, patients, therapists, heads of institutes, and anyone else involved in delivering or receiving care.

Dwyer and Johnson suggest that, wherever possible, organizations should find a way to quantify the risks and rewards associated with each potential bet. Formal frameworks can lend more objectivity to the process and help avoid the loudest-person-in-the-room-wins problem.

“When you do that kind of analysis,” says Johnson, “and select the few that seem most viable, suddenly it’s a mathematically derived opportunity.”

Allocate Risk
Once a range of potential innovation opportunities have been identified and analyzed, leaders need to be conscious of how they allocate risk across the investment continuum. Each company will have its own appetite for risk (30 percent risky, 70 percent less risky is one potential baseline), but whatever it is, Dwyer recommends being explicit about the balance.

“Make sure to have a number and a rubric,” he says. “It won’t be perfect, but you need some way to manage the risk continuum.”

Creating a balanced, quantified portfolio is important for helping leaders pursue the big ideas in changing industries, Johnson says. Consider large utilities companies that face an existential threat from the rise of solar panels and other trends in alternative energy. “If they only pursue the safer 70 percent of their portfolio, they’re going to be in trouble.”

In other words, playing it safe is not the best strategy. But when deciding which high-risk opportunities to invest in, it’s important to look at your organization’s strengths, priorities, and values for guidance.

“We worked with a major media publication that was dealing with the issue of declining ad revenue from traditional publishers,” Johnson says. “They recognized that one of their strengths was their fleet of delivery vehicles, which sit idle most of the day. And so they began looking for ways to unlock that value. It was higher in risk, but grounded in their unique assets.”

Dwyer and Johnson are quick to note that larger organizations have some inherent advantages in many areas of contemporary innovation. Artificial intelligence, for example, relies on significant amounts of data, which large companies tend to have. This is why they will likely lead the way in large-scale industry shifts such as self-driving cars.

“The big, well-capitalized companies are in a good position,” Dwyer says. “But they still need to actually innovate.”