Clarence "Coodie" Simmons had gone to significant lengths to ensure West was happy, scrapping plans to first release the footage back in 2005 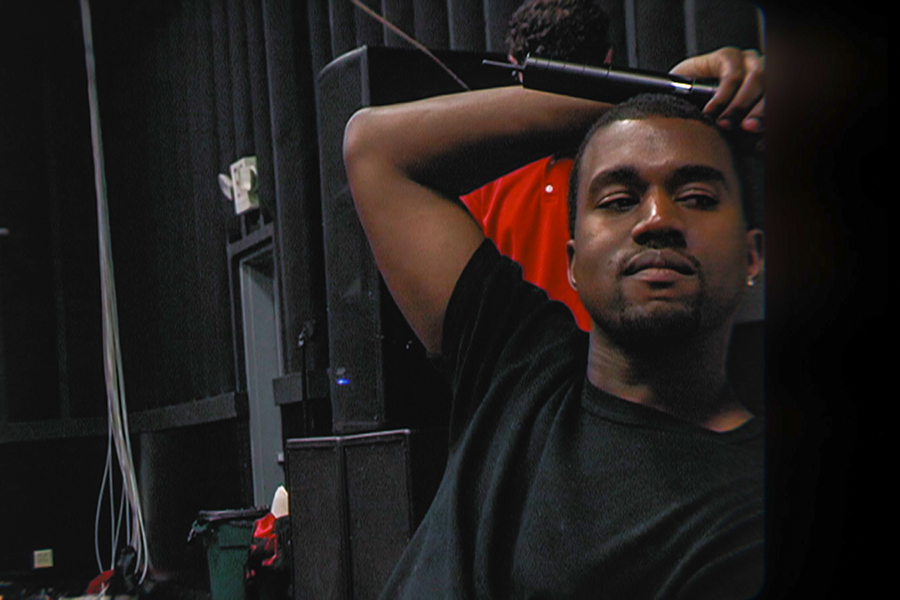 The first part of seven-hour movie "jeen-yuhs: A Kanye Trilogy" will be released by Netflix on Wednesday.
Image: Courtesy of Netflix

The director of Netflix's new Kanye West documentary was left disappointed—though not surprised—by the controversial rapper's last-minute demand to recut a movie decades in the making, he told AFP.

Clarence "Coodie" Simmons started following his friend West with a camera in 2001, curious to see how far the ambitious young music producer from Chicago could go, and eventually amassed 320 hours of behind-the-scenes footage of his journey to international stardom.

The first part of seven-hour movie "jeen-yuhs: A Kanye Trilogy" will be released by Netflix on Wednesday, but the famously perfectionist West last month took to Instagram demanding "final edit and approval" on the project, in order to "be in charge of my own image."

"I told Kanye he had to have 100 percent trust in this film ... he said he trusted," said Simmons.

"So when I seen that Instagram, I was a bit disappointed."

As recently as last week, West—now known as Ye—continued to issue demands, such as having fellow rap superstar Drake take over the narration.

Ironically, Simmons had gone to significant lengths to ensure West was happy, scrapping plans to first release the footage back in 2005 because West "said he wasn't ready for the world to see the real him."

The pair later grew apart and Simmons had little access to West for the next decade or so.

But in a seeming reconciliation, West showed up at a Hollywood screening of the documentary Friday, hugging Simmons and telling the audience that "people try to cancel us and we all run away from each other and scatter or we be not talking to each other, not communicating."

Put the camera down

The documentary touches on West's mental health issues, including a bi-polar disorder, which led to him being hospitalized in 2016 and came under renewed spotlight during his bizarre run for the US presidency in 2020.

Filming a meeting two years ago in which West ranted to real estate investors that he had taken bi-polar medication to "have a normal conversation and turn alien into English," Simmons felt concerned enough by his friend and subject's behavior to turn off the camera.

"It was my first time ever capturing Kanye in that light," Simmons, a former comedian and television host, said.

"I just felt like I had to put the camera down so I could listen and be there for him as a brother and not as a director, so that's the reason I put it down.

"It happened a couple other times where I'm like, 'Okay, let me pay attention.'"

At Friday's screening, West said he had made "what y'all might think are mistakes in public" to show the world that limits imposed on Black people are "just a smokescreen."

The controversy surrounding West's demands for creative control over "jeen-yuhs" has undoubtedly drawn more publicity to the documentary.

But Simmons and co-director Chike Ozah hope that showing West's more vulnerable and sometimes embarrassing moments during his rise to greatness will help the world reassess a figure known for frequent arrogant and egocentric outbursts.

For instance, Ozah highlights an early scene at diner chain Denny's, where West is celebrating the removal of wires from his jaw following a serious car crash.

"He's only been taking liquid foods so he's dropped some considerable amounts of weight, he's got a little six pack," recalled Ozah.

"It's a moment you share with Kanye, where he even takes the camera from Coodie and starts filming Coodie, and he just seems so carefree and so happy.

"That's a moment that you just cherish, to see him in that space."

So, after all these years, is West now ready for the world to see the real him?

"It's not really about him being ready ... I would hope that he will see this film," said Simmons.

"The world needs to see this," he added. "It's not about me and Kanye."

Tweets by @forbesindia
Hosting the Olympics is costly. For China, it's worth every billion
Deepfake democracy: South Korean presidential race candidate goes virtual for votes