Sony, Honda to team up for new electric vehicle firm

Sony's news comes on the heels of a January unveiling of a new prototype, its Vision-S electric vehicle, and the announcement that its new subsidiary Sony Mobility will explore jumping into the sector 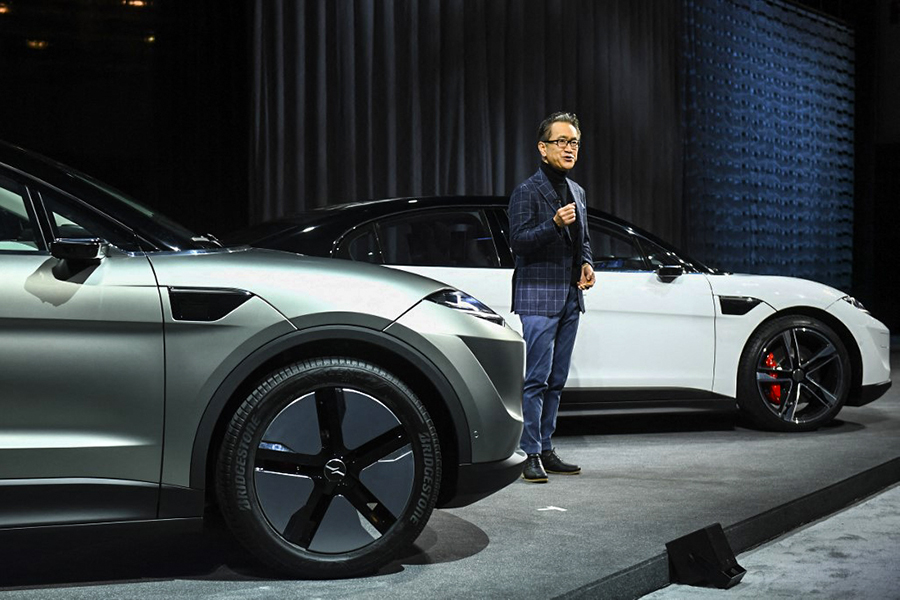 Sony chief executive officer Kenichiro Yoshida unveils the Sony Vision-S SUV prototype electric vehicle during the Sony press conference ahead of the Consumer Electronics Show (CES) on January 4, 2022 in Las Vegas, Nevada. - Sony unveiled a new prototype of its Vision-S electric vehicle and announced the founding of a company to explore jumping into the rapidly growing market. (Photo by Patrick T. FALLON / AFP)
Tokyo, Japan: Sony is teaming up with automaker Honda to start a new company that will develop and sell electric vehicles, the electronics giant said Friday, its latest step into the rapidly growing sector.

Major global carmakers are increasingly prioritising electric and hybrid vehicles as concern about climate change grows.
Sony's news comes on the heels of a January unveiling of a new prototype, its Vision-S electric vehicle, and the announcement that its new subsidiary Sony Mobility will explore jumping into the sector.
Sony Group said in a statement Friday that the two Japanese names hope to establish their firm by the end of this year, calling it "a strategic alliance".

"This alliance aims... to realize a new generation of mobility and services that are closely aligned with users and the environment," Sony said in a statement.
Sales of their first electric model are expected to begin in 2025, with Honda responsible for its manufacturing but both companies working on design, tech and sales.
"Although Sony and Honda are companies that share many historical and cultural similarities, our areas of technological expertise are very different," Sony Group president Kenichiro Yoshida said.
"I believe this alliance which brings together the strengths of our two companies offers great possibilities for the future of mobility."
At present, around 10 percent of European car sales are EVs, and the US figure is just two percent.
But demand is growing, and other major automakers including Honda's Japanese rivals are investing money and resources into electric vehicles.
Earlier this year, the Nissan auto alliance promised to offer 35 new electric models by 2030 as it announced a total investment of $25 billion in the sector.
Toyota, the world's top-selling carmaker, has also recently hiked its 2030 electric vehicle sales goal by 75 percent in a more ambitious plan for the sector.
© Agence France-Presse

Tweets by @forbesindia
Photo Of The Day: 100 for Virat Kohli
Fire breaks out at Ukraine's nuclear complex as Russian forces move through