Sony is gearing up to take on the automotive sector

With its Vision-S 01 and Vision-S 02 concepts, Sony presents its vision of the future of electric mobility 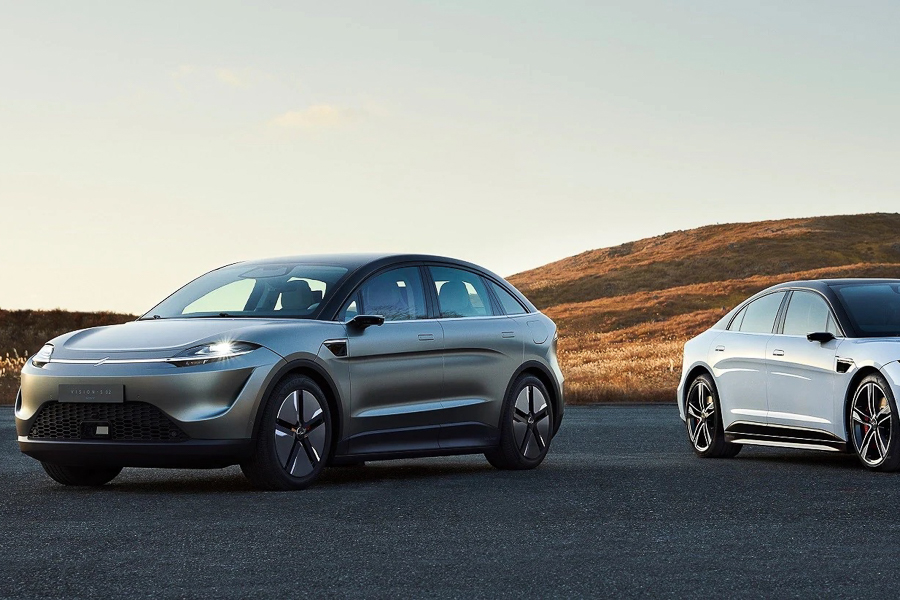 Presenting a new electric SUV concept at CES 2022, Sony has confirmed its growing interest in the automobile sector. (Credit: Sony)

Two years ago, Sony caused a sensation when the manufacturer presented its Vision-S prototype at CES, showcasing its vision of electric mobility through a spectacular sedan that was powerful (400 kW, or 544 hp), connected (5G compatible) and semi-autonomous (thanks to its multiple sensors). The car's interior featured a huge touchscreen that served as a dashboard. Since then, Sony has not stopped testing this car on the roads, in order to perfect on-board safety.
This year, Sony is taking things one step further by unveiling a new concept, the Vision-S 02, a seven-seater SUV that draws on the same formula. Equipped with numerous LiDAR (laser scanning) sensors, the car's internal system is capable of analyzing its immediate environment in real time and offering autonomous driving possibilities in certain situations. Sony also announces that this vehicle can receive remote updates to quickly gain functionality and improve safety.

Onboard, Sony deploys its expertise as an entertainment specialist, offering a three-dimensional sound field thanks to speakers installed in the seats, delivering truly immersive musical experiences. The manufacturer even states that it may be possible to play PlayStation games on board, on the various screens available to passengers, via a remote connection with a home console.
Sony has announced plans to launch a dedicated division called "Sony Mobility" in the spring of 2022 to prepare its entry into the electric vehicle market. The Japanese brand could thus pip Apple to the post and become the first historically consumer-tech-focused manufacturer to branch out into the automotive world. In terms of positioning (with its sedan and SUV), technology and on-board displays, Sony is also poised to take on Tesla. It remains to be seen whether the firm will see the same level of success.