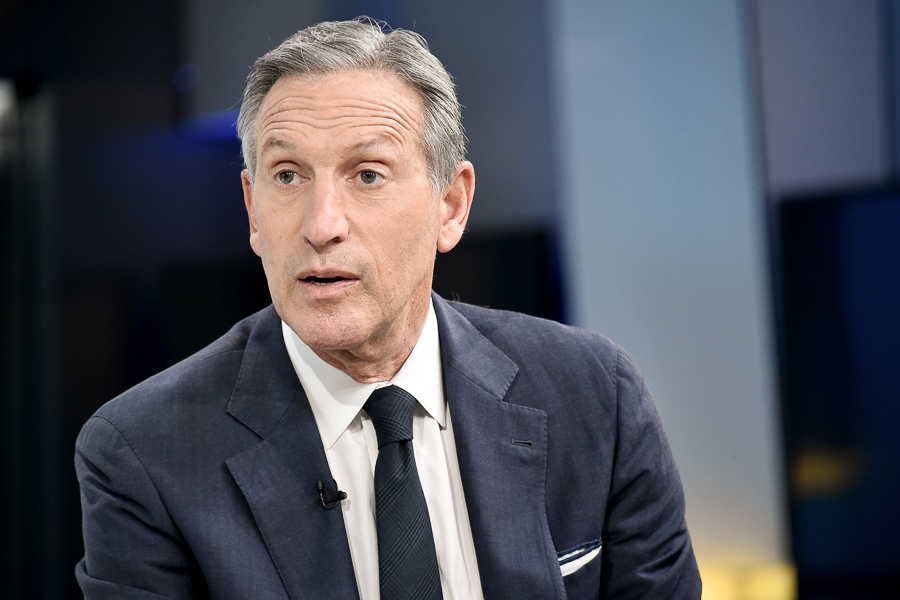 New York, United States: The newly installed interim chief executive of Starbucks Howard Schultz announced Monday he will suspend a share repurchase program as the chain navigates a challenging landscape amid a growing unionization push.
"Starting immediately, we are suspending our share repurchasing program," the 68-year-old billionaire said in a letter to employees after he resumed leadership of the coffee giant he ran two times previously.
"This decision will allow us to invest more profit into our people and our stores — the only way to create long-term value for all stakeholders."
Shares fell sharply on the news.
Buyback programs are popular with investors and generally have an appreciative impact on share price.
But the buybacks have been a target of company critics, including union backers, who say they demonstrate the company's indifference towards workers.

Starbucks announced in October 2021 that it was reinstating its buyback program, planning $20 billion in repurchases and dividends over the next years, and as recently as last month confirmed the plans were still in place as it announced Schultz's appointment as interim CEO and the departure of Kevin Johnson from the company's helm.
Starbucks has struggled of late to manage rising costs, a tight labor market and supply chain problems caused by the ongoing Covid-19 pandemic.

The company has largely been viewed positively by many political progressives in the United States for its stance on gay marriage, race relations, the environment and other issues.
But the firm has struggled to find an effective response to the campaign by organized labor, which picked up momentum in December when two stores in upstate New York became the first in the United States to vote to unionize.
The movement — which has been propelled by mostly younger staff frustrated over pandemic working conditions and seeking more say — has now spread to more than 150 stores.
"We are overworked, exhausted and still being asked to pick up the slack," workers at a Boston store wrote in a letter to Schultz that announced a unionization campaign and was posted on Twitter by Starbucks Workers United.
"You and your company have said and written a lot about how much you care about your employees, and your vision for a company that does everything through the lens of humanity," the letter read. "We simply want to help you make that vision a reality."
Labor backers have also complained of illegal firings of union supporters.
Progressive Senator Bernie Sanders, who has criticized the share buybacks, slammed "union busting" at Starbucks and last month called for the company to recognize a "unionized workforce that can collectively bargain for better wages, better benefits, safer working conditions and reliable schedules."
The coffee chain has said it respects the right of workers to organize, but that the issues raised by workers do not justify a union. It has also defended the company's right to speak out against unionization.
Schultz, who grew Starbucks from a small Seattle coffee chain into a global juggernaut in his two prior stints as chief executive, did not mention the union in his missive, but said he would work to improve employee morale.
"My first work is to spend lots of time with partners. To lift up voices," Schultz said as he called "for us each to be transparent with one another and become accountable for building the future of our company."
A note from Briefing.com described Schultz' announcement on buybacks as a "surprise" that "is leaving a bad taste in shareholders' mouths today."
Shares closed 3.7 percent lower at $88.09.
By John BIERS
© Agence France-Presse

Tweets by @forbesindia
Elon Musk, now the largest shareholder of Twitter
In the ocean, it's now snowing microplastics