Once equated to the former Starbucks CEO by an admirer, the billionaire entrepreneur from Chikmagalur is best known for how his coffee chain touched even small-town India 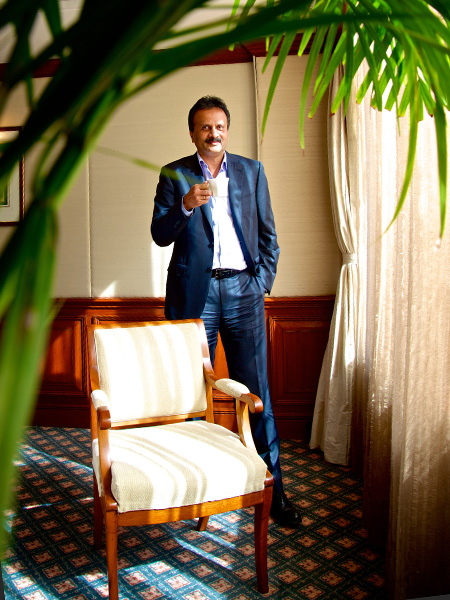 Café Coffee Day founder VG Siddhartha, who was missing for close to two days, has been found dead in the backwaters of the river Netravathi near the southern coastal town of Mangaluru. Speculation was rife that he had killed himself after being last seen on a bridge over the river on the evening of July 29. It’s not clear as to why Siddhartha took this extreme step, while in a letter purported to have been written by him recently, the entrepreneur said he had failed in building a profitable business model and that he could no longer face the stress of dealing with creditors. Coffee Day group, which has interests in coffee retail, real estate, logistics, hospitality and finance, faced several thousands of crores in debt.

Once described as “India’s Howard Schultz” (former CEO of Starbucks) by marketing guru Harish Bijoor, Siddhartha is best known for the large chain of quick-service restaurants he established, under the Café Coffee Day brand, which is by far the biggest such chain in India. That the chain touches small town India too, in far-flung locations—from Leh in the north to the Western Ghats along the south—is a unique feature of the business. The restaurants around the country are shut today as a mark of respect for their founder. Shortly after taking his group public in the form of Coffee Day Enterprises Limited, Siddhartha had told Forbes India in an interview in November 2015 that he had once wanted to join the Indian armed forces but didn’t get through the National Defence Academy exam. As a young adult, he had also wanted to become a communist leader, but was disillusioned by the corruption he came across. Instead, he pursued a career in the stock markets in Mumbai and Bangalore, and used the money he made to expand the coffee plantations his father had bought in the 1950s. Siddhartha, 59, was born into a family that grew coffee since all the way back in 1870. A split in the family gave his father the money to buy a large plantation in Chikmagalur in 1956. Today, Siddhartha’s family owns some 12,000 acres of coffee plantations, and Coffee Day exports 20,000 tonnes of coffee. That the coffee business is fully integrated—from plantation to vending machines—is a factor that helps the café chain keep costs lower than competitors, market analysts have noted. Starting with one restaurant on Bangalore’s Brigade Road in 1996, the Café Coffee Day chain—operated under Coffee Day Global—had 1,772 outlets across India by the end of the last fiscal year. The chain also has outlets in Austria (Vienna), Czech Republic, Malaysia, Egypt and Nepal. Among its prominent investors are private equity firms Kohlberg Kravis Roberts and New Silk Route. However, the group has incurred heavy debt, which has ballooned from about Rs 4,232 crore at the time Coffee Day Enterprises was listed, to Rs 6,546 crore at the end of last fiscal year (2018-19). Tax officials are looking into Siddhartha’s business as well, and the Department of Income Tax said in a press release on July 30 that officials had found Siddhartha had Rs 400 crore in unexplained income. Tax officials have also disputed the genuineness of the letter that Siddhartha is said to have written, pointing out that the signature on the letter doesn’t match that of the entrepreneur’s in the company’s annual reports. The letter also states that the Coffee Day group’s assets exceed its liabilities, and can be used to pay back everyone. The group is valued at over Rs 18,000 crore, India Today reported on July 31. While things seem to have gone awry for Siddhartha on the business front, “the Café Coffee Day brand is very valuable,” a fund manager in Mumbai, who didn’t want to be named, told Forbes India. And that brand was built on the experience that the entrepreneur sought to provide in his restaurants, even offering internet connectivity at the very first outlet he opened. “I wanted to sell coffee in style,” Siddhartha told Forbes India in the November 2015 interview. That, we can say with certainty, he did.