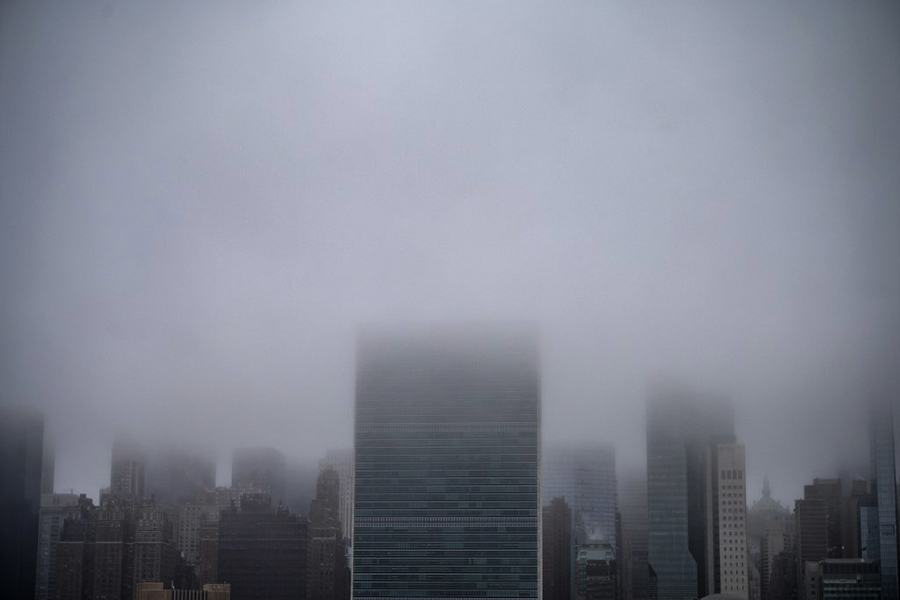 In this file photo taken on March 24, 2022 A general view shows the United Nations (UN) building in New York. The United Nations launched a task force on March 31, 2022, to pressure businesses to keep their emissions-cutting promises instead of masking progress with feel-good "greenwashing." (Credit: Ed JONES / AFP)

United Nations, United States: The United Nations launched a task force Thursday to pressure businesses to keep their emissions-cutting promises instead of masking progress with feel-good "greenwashing".The group will draw up standards for measuring the credibility of claims by non-state groups — including cities and companies — that they are cutting the carbon emissions driving devastating climate change.
The 16-member group of experts will be chaired by Canada's former environment minister Catherine McKenna and includes various academics and leaders from business, finance, energy, politics and NGOs.
Countries have agreed they must cap global warming at 1.5 degrees Celsius to avert the worst impacts. The UN's Intergovernmental Panel on Climate Change (IPCC) says this requires carbon-neutrality by mid-century.

But UN Secretary General Antonio Guterres warned that state pledges will not be enough if regional authorities, polluting companies and the banks that finance them do not pull their weight.
"We also urgently need every business, investor, city, state and region to walk the talk on their net-zero promises," he said, according to pre-prepared remarks released ahead of the group's launch.
In February, a landmark IPCC report on climate change impacts warned that time had nearly run out to ensure a "liveable future" for all.
A report by Boston Consulting Group found that some 3,000 companies had set some form of net-zero commitment by November 2021.
They included more than a fifth of those in the Fortune Global 2000 ranking of listed companies — some 420 major world firms.
But companies are accused of "greenwashing" — trumpeting climate pledges while taking action that undermines those goals.
The UN says greenwashing is made possible by a lack of common standards for assessing the credibility of carbon-cutting commitments and enforcing them.
It warns that pledges by fossil fuel companies to shift to methods such as carbon-capture technology are not enough — carbon emissions must be actively reduced overall.
"The recent avalanche of net-zero pledges by businesses, investors, cities and regions will be vital to keep 1.5 degrees Celsius alive and to build towards a safe and healthy planet," McKenna said in pre-released remarks.
"But only if all pledges have transparent plans, robust near-term action, and are implemented in full."
Guterres said the new body — the High-Level Expert Group on the Net-Zero Emissions Commitments of Non-State Entities — will draw up such standards and aim to embed them in international regulations.
Similar initiatives are under way in the United States and the European Union.
Guterres asked the group to make recommendations by the end of the year.
"To avert a climate catastrophe, we need bold pledges matched by concrete action," he said.
"Tougher net-zero standards and strengthened accountability around the implementation of these commitments can deliver real and immediate emissions cuts."
© Agence France-Presse

Tweets by @forbesindia
Sri Lanka steps up security as anger over crisis boils over
Why the RBI MPC may give growth a chance, again