Kumar, who was sacked soon after his boss Cyrus Mistry was shown the door, used to advise the former Tata Sons chief on strategic matters 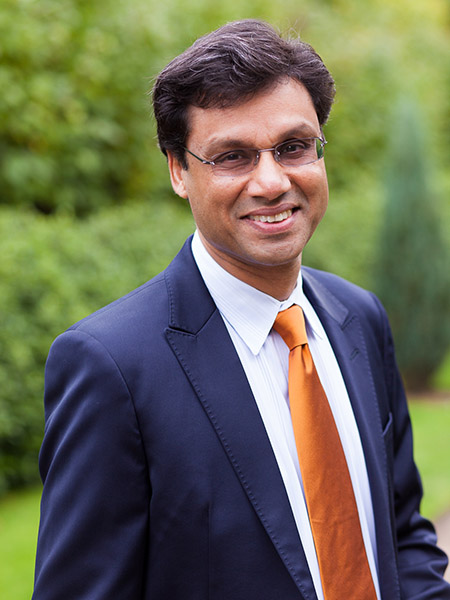 Nirmalya Kumar
After a rather eventful corporate stint in India with the Tata group, well-known Indian management thinker, Nirmalya Kumar has returned to academia by joining the Singapore Management University (SMU).

The Kolkata-born academician who did his MBA from the University of Illinois and his PhD in marketing from Kellogg Graduate School of Management joined SMU on May 1. From July 1, he will assume the position of Lee Kong Chian Professor of Marketing at the university’s business school, which is named after the same Chinese businessman and philanthropist. Concurrently, Kumar is also a Distinguished Fellow at the INSEAD Emerging Markets Institute.

On October 24, 2016, Mistry was acrimoniously ousted from Tata Sons – a fallout of the deep trust deficit with other directors of Tata Sons – the flagship holding firm of the conglomerate – and the trustees of the Tata Trusts, led by Ratan Tata. The next few months were marked by a pitched corporate battle between the Mistry and Tata camps with allegations of mismanagement and impropriety flowing thick and fast. The matter is still playing out in the courts.

In an apparent manifestation of the group’s displeasure at the way Mistry ran things, the GEC constituted by him was immediately disbanded. While Tata group veterans like Mukund Rajan and Harish Bhat, who were also part of the GEC, were re-assigned to other responsibilities within the business house, GEC members hired from outside such as Kumar, and Madhu Kannan (now Chief Business Officer, India and emerging markets at Uber Technologies Inc) were asked to leave.

In a candid blogpost written on November 5, titled: ‘I Just Got Fired!’, Kumar described the manner in which he was shown the door and his experience of working at the $103-billion conglomerate. “It was not as if I was fired for non-performance (my last evaluation was excellent). I always do my best – it’s the least I expect from myself and the most anyone can expect from me,” Kumar wrote. “I was fired for just being there at my position – working intensely and extensively with Cyrus.”

Commenting on his new role at SMU, Kumar said: “There will eventually be one Asian school in the top 10 business schools of the world. With Singapore as its base, the substantial endowment, accomplished faculty, and growing reputation of its programmes, there is no reason why Lee Kong Chian School of Business cannot challenge to be the one. It is this potential of Singapore and SMU that has drawn me here from London. I look forward to playing a small role in helping SMU achieve its ambitions.”

Tweets by @forbesindia
La Opala: From near-anonymity to near-dominance in just under three decades
Value creators: 8 companies that grew in a rapidly changing industry