With the T20 World Cups and the Olympics, 2020 will set the tone for future sporting trends for India 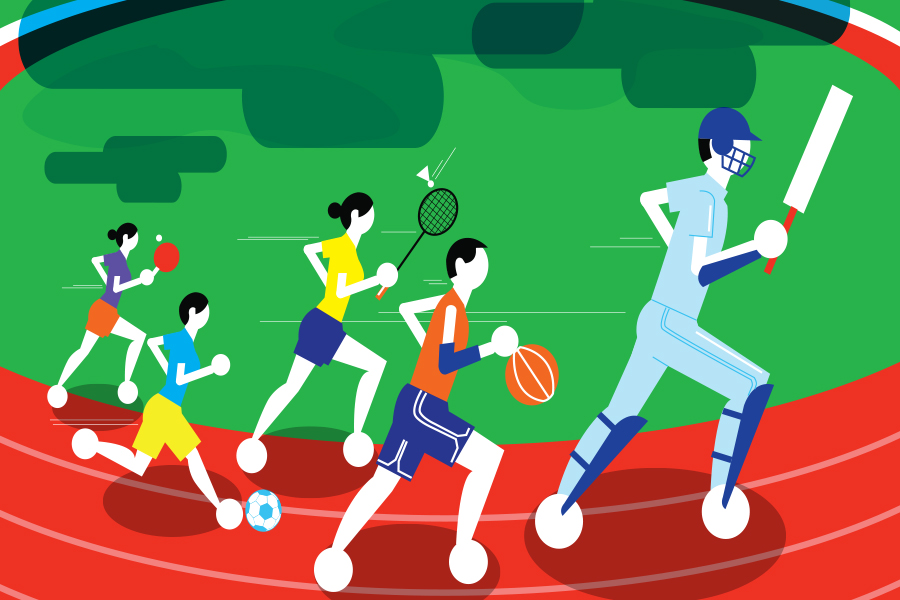 
One of the joys of sporting fandom is anticipation. It is an energy hard to describe—from the excitable tingle of watching a prodigy make the world gawk in wonder to the dread of a once-great fading into inevitable oblivion. In stadiums or on TV screens, watching sport can be riveting. However, it is in the waiting that the true fanatic revels—it allows time for pontification and argument, dissent and imagined scenarios. 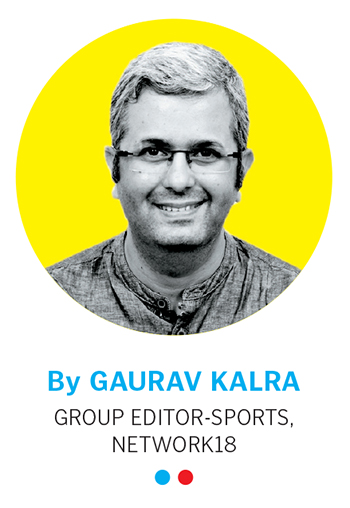 So here we are, in 2020—a year dripping with anticipation for India’s sporting fanatics and one that is likely to set the tone for the country’s sporting advent in the next decade. The country’s men and women’s cricket teams will battle for the T20 World Cup in Australia and their most skilled athletes will head to Tokyo to front up against the best in the world at the Olympics. It is a year that carries with it the promise of providing enthralling highs and, as is often the case in sports, brutal lows.

Can the women script history?
Languishing in its own universe, away from the public gaze and admiration, women’s cricket grabbed national consciousness by the collar in the summer of 2017. In an unforgettable run to the final of the one-day international (ODI) World Cup in England, India’s women cricketers went from virtual unknowns to household names. Since then, the profile of the sport has witnessed an exponential rise. In 2020, another opportunity beckons to capture national attention at the T20 World Cup in Australia.

While Australia continue to be the benchmark in the women’s game, and as hosts will begin favourites to bag the title for the fifth time, India will arrive for the tournament with a core group of fearless players. Since her breathtaking demolition of Australia in the semifinal of the 2017 World Cup, Harmanpreet Kaur has emerged as one of the pillars on which the edifice of the team has been built. As captain, she is now a senior figure in a lineup that includes her deputy Smriti Mandhana, a silky stroke-maker who has risen to the top of the world rankings, Jemima Rodrigues, who at 19 is running riot against formidable attacks around the world, and Shafali Verma, who at 15 is a top order marauder, suited perfectly for the turbo-charged modern-day power game.

India’s bowling doesn’t quite have the same imposing menace to it and the lack of penetrative fast bowling options might be a stumbling block for a team that relies heavily on spin. However, this Indian team is no longer daunted by challenges. With their legendary figures Jhulan Goswami and Mithali Raj having exited the international T20 stage, a scrappy young unit has emerged. Under the tutelage of coach WV Raman, and a well-organised support staff, there is also an ecosystem in place to facilitate excellence.

A golden MSD sunset?
It is an image that lingers in the mind of an entire generation. A white ball against the backdrop of the Johannesburg sky succumbing to gravity before falling safely in the hands of the fielder. A collective explosion of delirium around the ground and back in India. A long-haired skipper with a bunch of tyros leading them to victory in an all-new format of the game.

It has been well over a decade since MS Dhoni captained India to the World T20 in South Africa. In five subsequent tournaments, India has made just one final, losing to a skilled Sri Lankan outfit in Dhaka in 2014. Dhoni has been captain in each of those five campaigns, but he certainly won’t have that role in 2020 in Australia in October. In fact, whether Dhoni finds his name on the team sheet will be among the most eagerly discussed subjects over the next few months.

The bare facts are well known. Since the defeat to New Zealand in the ODI World Cup in July, Dhoni hasn’t been seen in the India jersey. Are his playing days over, or is there one final wind left in what has been a remarkable career? Dhoni himself has been Dhoni-like, refusing even a smidgen of information about his mindset leak into public space. Presumably, the Indian Premier League in summer, where he will lead his supremely successful Chennai Super Kings will provide a clearer indication. By the time the World Cup rolls around, Dhoni will be 39, but he has made defying long odds into a pastime over his decorated career. So, a thrilling run in India colours one final time isn’t a storyline beyond the realm of possiblility.

For the Indian team though, with or without Dhoni, anything other than the title will be another chapter in a narrative that has chased them for a while now. Since the 2013 Champions Trophy, India have failed to land the killer punch at an International Cricket Council event. In this time, they have risen to the top of the Test rankings, created an aura as an ODI outfit and produced sparkling T20 performances. However, the tag of “World Champions” has been elusive. In a recent interview, coach Ravi Shastri described winning a world trophy as a “bloody obsession” and one that the team will “chase”. Over the course of the year, he along with Indian cricket’s think-tank will attempt to identify the personnel best suited to get that box ticked off Down Under.

The Olympic dream
The Rio Olympics in 2016 was a chastening moment for Indian sport. Yes, in PV Sindhu’s incandescent march to silver, Sakshi Malik’s valiant wrestling bronze and Dipa Karmakar’s inspirational fourth place finish, there were moments to savour. However, the medal count of two was a dramatic fall from the six earned in London four years ago. In Tokyo, when the Games come around in July 2020, hope will reignite that India will find its feet again as sporting nation of consequence.

The greatest expectation will come from a shooting team that has secured an unprecedented 15 quota spots for the Games. At Rio, the contingent returned empty-handed, forcing a total overhaul of the structure in place to administer the sport. The results have been beyond expectation, with young talents such as Manu Bhaker, Saurabh Chaudhary and Aishwary Pratap Singh Tomar serenely booking places. Others like Sindhu, a World Champion in 2019, will seek greater glory. As will the likes of javelin superstar Neeraj Chopra, who won gold at both Asian and Commonwealth Games in 2018 and wrestler Bajrang Punia, also a Commonwealth Games gold medallist.

In essence, 2020 presents an opportunity to stake claim to a permanent place in history to India’s sportsmen and women. Their skills will be matched against the very best in the world and emerging on the right side of those contests will produce a swarm of delight across the country and beyond. It is a year that begins in delicious anticipation.