Surveillance has been widely used to combat Covid-19 in China, which was the first country to adopt a QR code system to log test results and track contacts 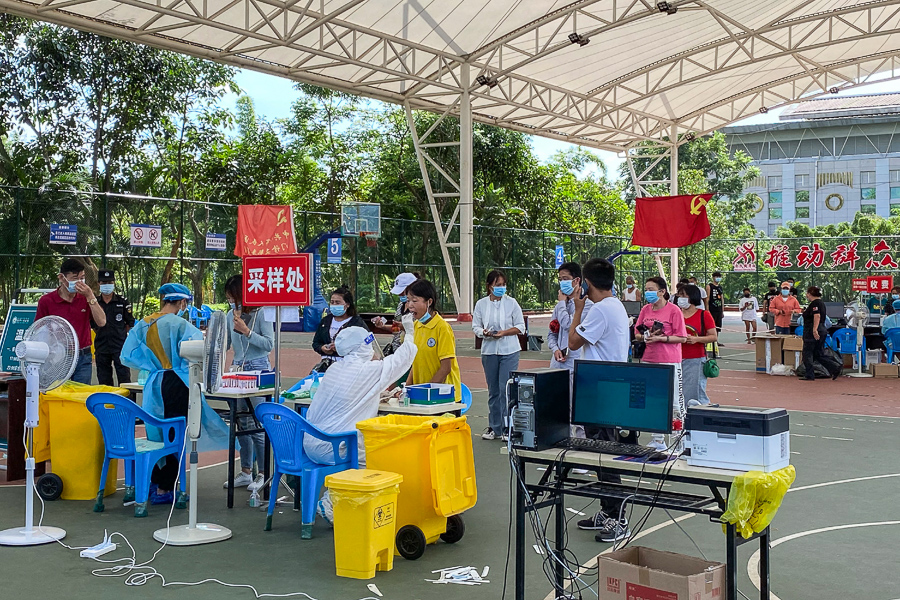 China is one of the world's most surveilled countries, with the government rushing to install more than 200 million CCTV cameras to "cover all public spaces" in the past five years.

Surveillance has been widely used to combat Covid-19 in China, which was the first country to adopt a QR code system to log test results and track contacts.

But this is the first publicly reported instance of facial recognition being used to track a person's movements and health status as they enter and exit residential areas, supermarkets, transport hubs and other public places.

"Everyone who comes in and out needs to have their (health) code and face scanned to pass," officials in Ruili, in Yunnan province, told reporters on Saturday.

Ruili discovered 155 cases over the past week in one of the worst virus flareups in recent months to hit China, according to data published Tuesday.

"Security tools such as facial recognition cameras, smart door locks and road barriers (run by police or community volunteers) have been put in place in key areas," local authorities said in a statement.

The scanners can also check the temperatures of individuals, China National Radio reported.

There are no details on how long the database will hold records or whether officials will shut down the system, which is monitored by the city's pandemic prevention taskforce, once the outbreak is contained.

Privacy concerns
Ruili, a city of more than 210,000 people, is a major crossing point from Muse in neighbouring Myanmar, which has seen escalating unrest since a February 1 coup, raising fears that people will flood across the Chinese border to escape the violence.

Nearly half of the new cases reported in the past week were Myanmar nationals, according to the Yunnan Provincial Health Commission, although it was not clear how they entered the city.

China has adopted a zero-risk approach to coronavirus clusters.

It has largely curbed the spread of the disease since it first emerged in the central city of Wuhan in late 2019, with tough border controls, mass testing, lockdowns and tie-ups with big tech for tracking.

But the slew of new health monitoring apps has also raised privacy concerns.

A widely used app tracking travel history and virus tests developed by Chinese e-commerce giant Alibaba shared data with the police, according to a New York Times investigation in January.

At the height of the pandemic, police in major cities wore helmets equipped with facial recognition and infrared cameras that gauged pedestrians' temperature.