Authorities have blamed the delta variant, which has caused widespread loss of life in India 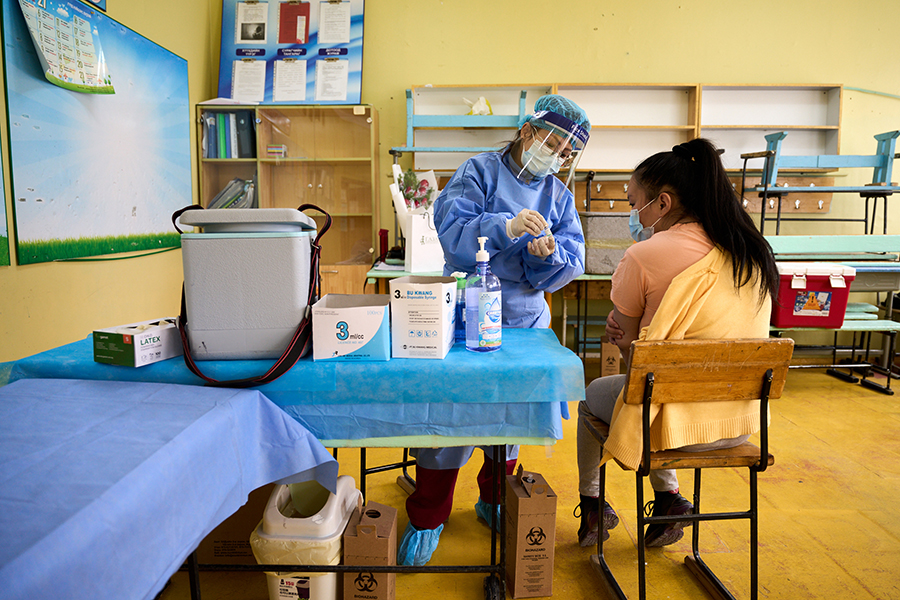 A nurse administers a Sinopharm vaccine in Ulaanbaatar, Mongolia, May 12, 2021. Mongolia has had large numbers of coronavirus infections despite vaccinating half of its population. Image: Khasar Sandag/The New York Times