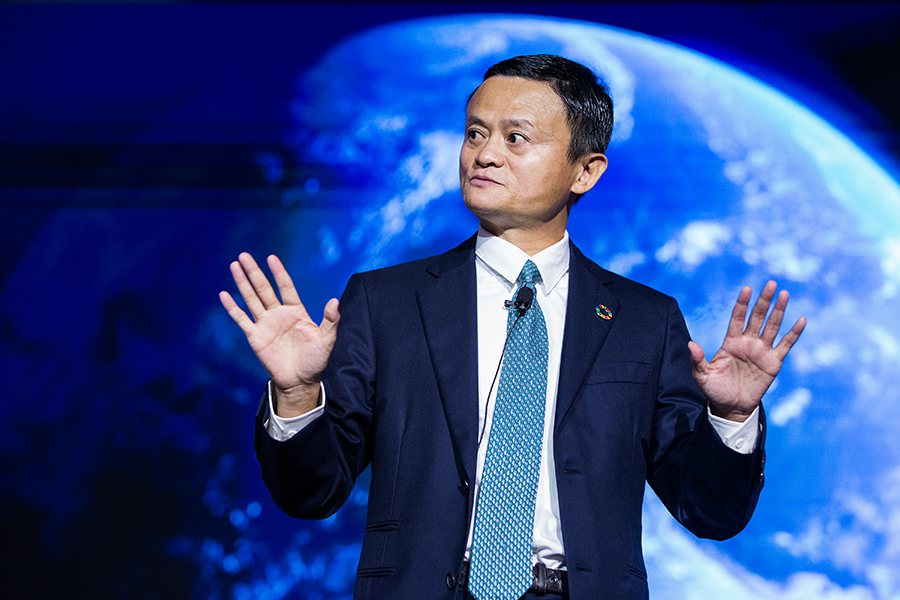 China’s market regulator said Thursday that it had opened an anti-monopoly investigation into e-commerce giant Alibaba, ratcheting up the government’s scrutiny of one of the world’s most valuable internet companies. In a terse statement, the State Administration for Market Regulation said it had started the inquiry amid reports that Alibaba had engaged in monopolistic conduct such as placing unreasonable restrictions on merchants or other users of its platforms. Alibaba said in a statement that it would cooperate with regulators and that its businesses were operating normally in the meantime. The investigation in China coincides with efforts by the United States and European Union to curb the power of Western internet giants such as Google and Facebook. Frustration has been building for years in Washington and Brussels over the outsize influence that a few tech companies wield over commerce, speech and advertising across a vast swath of the globe. China has produced its own crop of powerful internet titans, including Alibaba, JD.com and Pinduoduo in digital commerce; Tencent in gaming, social media and mobile payments; ByteDance in short-form entertainment; Didi Chuxing in ride hailing; and Meituan in food delivery. For years, the companies had been celebrated as icons of China’s technological advancement. Now, the authorities are taking a closer look at how their size and clout are affecting competition and the business landscape. In November, the market regulator released proposed rules aimed at combating anti-competitive behavior by internet companies. Earlier that month, Chinese regulators halted the initial public offering of Ant Group, Alibaba’s finance-focused sister company, quashing a listing that had been on course to be the largest in history. The move came after Jack Ma, Alibaba’s co-founder and by some counts China’s richest man, publicly criticized Chinese regulators for being too obsessed with containing financial risk. Four regulatory agencies, including the country’s central bank, said Thursday that officials would meet with Ant soon to discuss new supervision for the financial industry. Ant said in a statement that it would “seriously study and strictly comply with all regulatory requirements and commit full efforts to fulfill all related work.” Alibaba holds a strong position in online shopping in China. It runs the Taobao Marketplace, an online bazaar where merchants set up electronic stands to sell to customers. Alibaba’s Tmall platform caters to larger Chinese and global brands. Alibaba makes money by hosting the marketplaces and charging vendors for services. People’s Daily, the main newspaper of the Chinese Communist Party, swiftly endorsed the investigation into Alibaba in an article that appeared to be a sign of broader backing and coordination behind the move. “This is an important step in strengthening anti-monopoly oversight in the internet sphere,” said the article, which was published on the paper’s website Thursday morning. “This will be beneficial to regulating an orderly sector and promoting the long-term healthy development of platforms.” Political insiders and investors in China have speculated for years that the national leader, Xi Jinping, would be tempted to move against Alibaba and Ma, worried that their influence was an increasing affront to the Communist Party and that it could undermine control of capital markets and the internet. But until recently, Chinese regulators had moved cautiously. Two recent party leadership meetings hinted that Xi was considering action. The Politburo, a council of the party’s top 25 officials that meets every month or so, called for stronger anti-monopoly efforts when it met this month, although the official statement from the meeting did not specify any companies or sectors. That call was followed a few days later by an even clearer demand from the party leadership’s annual meeting on economic policy, which hinted that internet platform companies would face greater scrutiny. The Chinese government “supports the innovative development of platform enterprises and enhancing their international competitiveness,” the official summary from the meeting said. “At the same time, development must be regulated according to the law and digital rules must be improved.” Regulators should “resolutely oppose monopolies and improper competitive behavior,” the meeting summary said. Ma’s remarks on financial regulation, delivered at a conference in October in Shanghai, appear to have helped catalyze the official pushback against Ant and Alibaba. “In Chinese culture, if you are a rich guy and you have very strong economic power and social influence, then you are politically dangerous and you need to keep a very low profile to be safe,” said Gary Liu, an independent economist in Shanghai. People in China see Ma and Ant as major beneficiaries of the authorities’ cautious approach toward regulating internet finance. “But still, he was complaining,” Liu said. “In Chinese culture, that kind of person is not respected.”

Tweets by @forbesindia
How will we eat in 2021? 11 predictions to chew on
How this startup takes aim at some of the biggest problems on the Internet today