In addition to marshalling scientific resources, Biden's push is intended to prod American allies and intelligence agencies to mine existing information as well as hunt for new intelligence to determine whether the Chinese government covered up an accidental leak 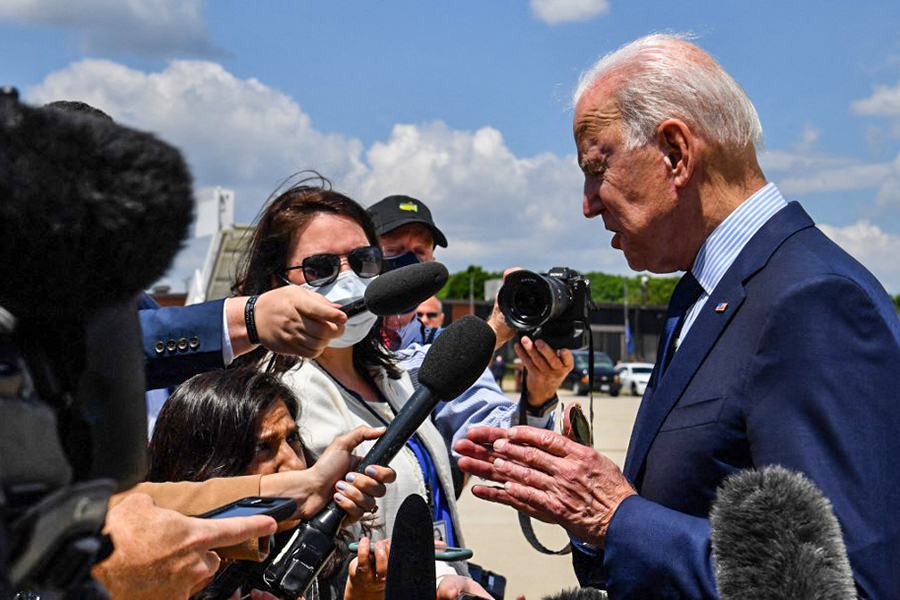 US President Joe Biden speaks to the press before boarding Airforce One at Joint Base Andrews, Maryland on May 27, 2021, before departing for Ohio to deliver remarks on the economy.
Image: Nicholas Kamm / AFP