Greta Thunberg says she's ready to hand over the megaphone

Four years after launching her "School Strike for the Climate", Swedish activist Greta Thunberg is ready to pass the baton to those on the front lines of climate change 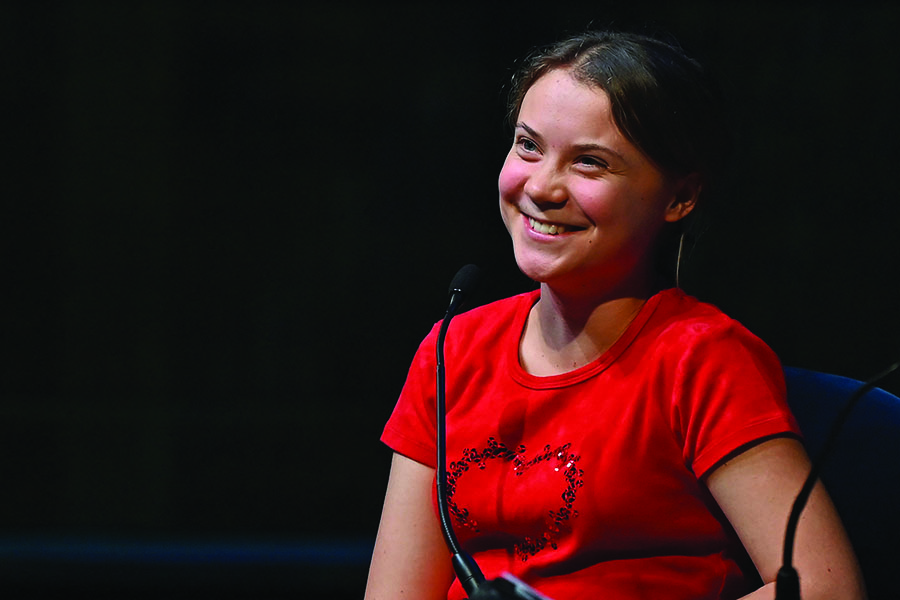 Four years after launching her "School Strike for the Climate", Swedish activist Greta Thunberg is ready to pass the baton to those on the front lines of climate change, she said in an interview on Monday.

"We should also listen to reports and experiences from people who are most affected by the climate crisis. It's time to hand over the megaphone to those who actually have stories to tell," the 19-year-old told Swedish news agency TT.

After urging the public in recent years to "listen to the science", Thunberg said the world now needed "new perspectives".

In the past four years, Thunberg's one-person strike outside the Swedish parliament has evolved into to a massive global movement engaging millions of youths and unleashing a torrent of debate on the dangers of climate change.

Thunberg said she initially believed an urgent debate on the climate was needed to save the world for future generations.

But over time, she said, she has come to understand that the climate crisis is already having devastating consequences on people's lives.

"So it becomes even more hypocritical when people in Sweden for example say that we have time to adapt and shouldn't fear what will happen in the future", she said.

Thunberg has previously said she would skip the COP27 talks starting Monday in Sharm El-Sheik, slamming it as a forum for "greenwashing".

She told TT her talks with world leaders have left her pessimistic about their ability to make progress on the issue.

"Some of the things world leaders and heads of state have said when the microphone is off are hard to believe when you tell people", she said.

Also read: Climate and water spare no one. Business leaders who don't get it now, will get it soon: Mridula Ramesh

"Like, 'If I had known what we were agreeing to when we signed the Paris Agreement I would never have signed', or "You kids are more knowledgeable in this area than I am'", she said.

"The lack of knowledge among the world's most powerful people is shocking".

Thunberg, who is in her final year of high school in Stockholm, said meanwhile she hasn't yet decided what she will do after she graduates.

"We'll see. If I had to choose today, I would choose to continue my studies. Preferably something that has to do with social issues", she said.

Tweets by @forbesindia
Reimagining the VC-founder equation: Funding winter calls for a tight-rope walk
Photo of the day: Gurpurab 2022