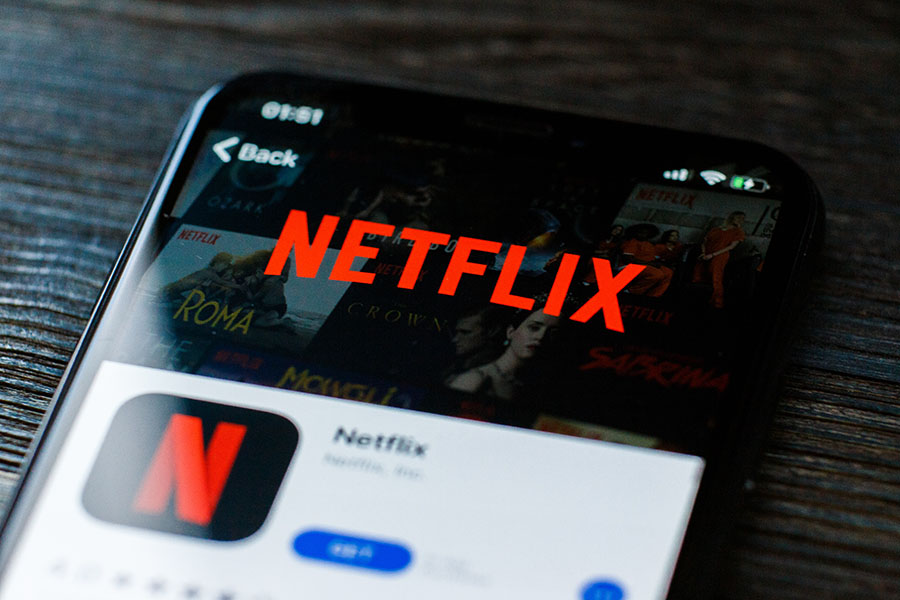 Netflix shares shot up more than 14 percent in after hours trading to $275 on the earnings news. Image: Shutterstock

San Francisco, United States: Netflix on Tuesday reported that it gained more than 2 million subscribers in the recent quarter, calming investor fears that the streaming giant was losing paying customers.
The company said it ended the third quarter with slightly more than 223 million subscribers worldwide, up some 2.4 million, after seeing subscriber ranks ebb during the first half of the year.
Netflix shares shot up more than 14 percent in after hours trading to $275 on the earnings news.

"Well, thank God we're done with shrinking quarters," Netflix co-chief executive said during an earnings call. "We're back to the positivity; we've got to pick up the momentum."
The turn-around in subscriber growth comes as Netflix is poised to debut a subscription option subsidized by ads in November across a dozen countries.
The new "Basic with Ads" subscriptions will be priced at $6.99 in the United States — three dollars less than a no-ads basic option, Netflix chief operating officer Greg Peters said in a briefing.
Also read: Netflix to debut subscription with ads
"The timing is great because we really are at this pivotal moment in the entertainment industry and evolution of that industry," Peters said. "Now streaming has surpassed both broadcast and cable for total TV time in the United States."
Netflix is working with Microsoft on its ad-supported tier, and teams at both companies will likely need to be bulked up to handle the huge demand by advertisers, Peters said.
"We're turning some folks away right now because we just don't have the marketing capacity to serve everyone," Peters said
After having shunned advertising since it started its streaming service, Netflix acquiesced as competition in the market intensifies and as consumers recoil from soaring inflation.
Rival streaming platform Disney+ is to launch ad-subsidized subscriptions in December.
With the launch of cheaper, ad-supported subscriptions, Netflix and Disney+ are expected to bite into the revenue of traditional television channels.
"In directly acknowledging competition and using advertising, Netflix is adapting to the streaming landscape's new normal," said Insider Intelligence principal analyst Ross Benes.

Netflix expects to add another 4.5 million subscribers in the final quarter of this year.
"Although international growth continues, the US video streaming market is hitting its ceiling for subscribers," said Third Bridge analyst Jamie Lumley. "After periods of rapid expansion and extraordinary spending, Netflix, Disney and their competitive set will soon be forced to focus on improving margins and cutting back on content spending."
Netflix said in a letter to shareholders that it believes its competitors have been losing money as they invest heavily to win audiences.
Netflix reported a quarterly profit of $1.4 billion on revenue of $7.9 billion — a net income slightly less than in the same period a year ago when it brought in more money.
Netflix plans to hold steady with spending some $17 billion a year on content, said co-chief executive Ted Sarandos.
"I feel better and better about that $17 billion of content spend, because what we have to do is be better at getting more impact per billion dollars spent than anybody else," Serranos said.
Also read: Netflix has lost more subscribers
"Big shows that folks engaged with and talk about drive a lot of growth."
Peters noted hits such as "Stranger Things" and "Extraordinary Attorney Woo" and pending releases of keenly anticipated films such as "Glass Onion: A Knives Out Mystery."
Netflix is also working to smooth out the show release rhythm that was disrupted by the pandemic, according to executives.
"Covid got a lot of content jammed up," Sarandos said. "It will take several years to completely unwind the Covid logjam."