Salesforce goes for Slack: The M&A playbook for tech supremacy

The acquisition-as-a-growth strategy continues to play out its course, but what is its effect on the market? 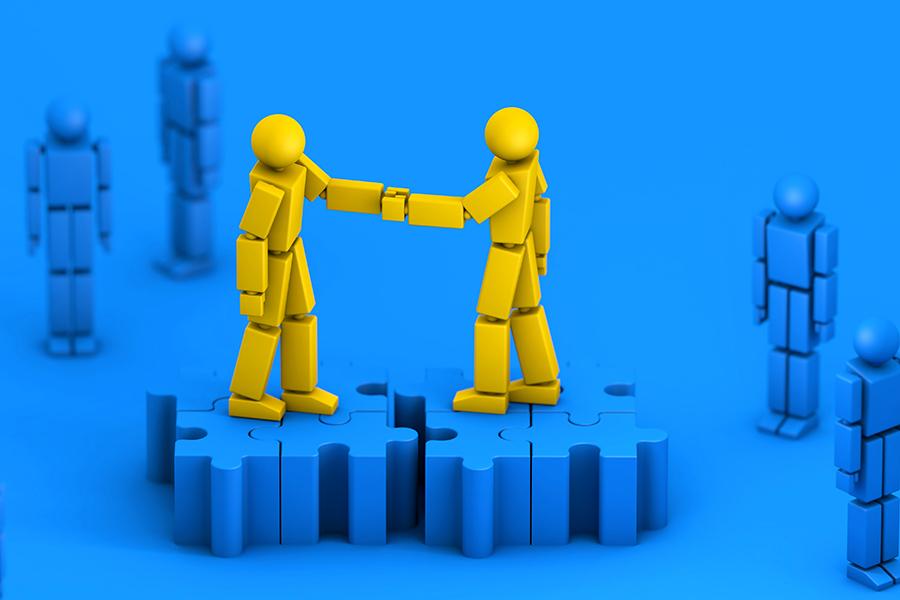 All of big-tech today relies heavily on using acquisitions as a scope-expansion strategy—sometimes to grow and sometimes to simply keep competition at bay. The acquisition could be of the talent, of technology, or of the entire business.

Microsoft’s acquisition of LinkedIn in 2016 for $26+ billion was considered as its biggest and one of the biggest ever. This is until the onset of December unveiled the enterprise software merger story of the day. With the CRM powerhouse, Salesforce acquiring the massively popular workplace messaging service Slack in a $27.7 billion megadeal, the acquisition-as-a-growth-strategy playbook continues to play out its course. A collaboration software like Slack pits Salesforce as a solid challenger to Microsoft leading Salesforce CEO Mark Benioff to call the deal as a “match made in heaven” even as analysts are calling the deal as a “game-changer”. This compares with $14.8 billion purchase of Tableau by Salesforce last year.

Amazon’s Whole Foods acquisition of $13.7 billion has been its biggest even as it has spent more than $20 billion shopping since 2017. In Alphabet’s case, the biggest acquisition was that of Motorola at $12.5 billion in 2012. Facebook’s $22 billion purchase of WhatsApp had made the big headlines in 2013. Even as it acquires a company every two to three weeks, Apple is the only one of the big-tech, which has the least number of $1 billion plus acquisitions—Beats at $3 billion being one of them. This is when collectively big-tech has made 29 $1 billion-plus investments.

To be sure, the acquisition strategy enables companies to overnight become dominant players in domains where they may have had no presence in. Google’s acquisition of Deep Mind in the UK in 2014 established Google as one of the top five AI players overnight. And so did the acquisition of Red Hat for $34 billion in Oct 2018 that placed IBM as a serious cloud player pitted against Amazon AWS and Microsoft Azure.

An estimated 385 acquisitions have been made by Apple, Alphabet, Amazon and Facebook since 2005 collectively, amounting to $86 billion ticket price. Add Microsoft and a slightly longer-term perspective of the last three decades, an estimated 770 acquisitions.

The largest tech acquisition of all times and perhaps one of the largest across any industry remains Dell buying storage giant EMC for $67 billion in 2015, which enabled Dell to become an end-to-end technology player with dominance across four major areas: Servers, storage, virtualization and PCs.

NVIDIA’s (AI computing platform giant) acquisition of ecosystem major Arm from Softbank for $40 billion in 2020 makes the deal as the largest of the decade and the second largest of all times.

What fuels this acquisition spree is the large cash reserves sitting on the balance sheet of big-tech. The top 10 tech companies in S&P 500 sat on cash reserves of $560 billion, of which big-tech (Google, Apple, Facebook, Amazon and Microsoft) had cash reserves of $471 billion. This is as per a Bain & Co analysis of May 2020.

Acquisition and antitrust are becoming hotly discussed topics as far as big-tech is concerned. Amazon and Facebook have been under fire as regards their acquisition strategies which are routinely seen to create a monopoly situation. Facebook’s Instagram acquisition being a case in point of keeping competition at bay. The ‘kill zone’ theory—start-ups operating too close to big-tech have no chance of success—continues to gain ground. The effects on entrepreneurship and innovation need studying to understand the hidden cost of big-tech acquisition.

There is clearly an increasing interest being evinced to acquire. Earlier this year, Rajesh Gopinathan, TCS CEO, called itself “not shy of M&A” even as it has historically been not aggressive. Wipro CFO Jatin Dalal also echoed a similar intent towards a “well-priced M&A opportunity” while Infosys CEO Salil Parekh declared an “open to everything” attitude. It is the home-grown big-tech in the form of Jio that seems to be warming up to the global successful playbook what with its unabated acquisition spree devouring what appears on its radar.

The acquisition story continues around the world. Just this week, Facebook acquired Kustomer for a billion-dollar while Snap bagged Voca.ai last month.

M&As in tech, media and telecom are nothing new. The high growth track for accelerating product roadmaps, gaining access to new markets and technologies and fending off competition remain the biggest reasons for it.

6,725
Thank you for your comment, we value your opinion and the time you took to write to us!