As the US pulls back from the Mideast, China leans in

As the United States, fatigued by decades of war and upheaval in the Middle East, seeks to limit its involvement there, China is deepening its ties with both friends and foes of Washington across the region

By Ben Hubbard and Amy Qin 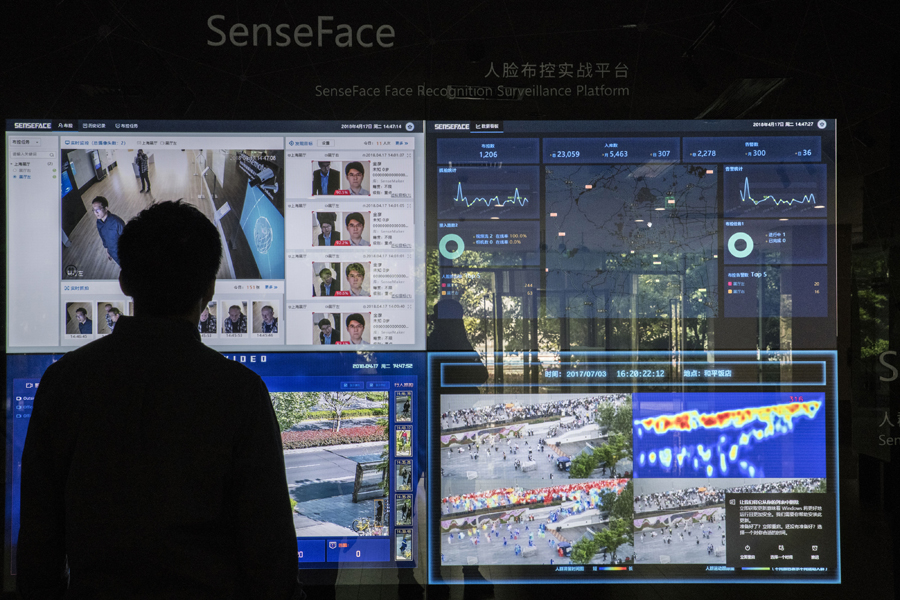 BEIRUT — In January alone, five senior officials from oil-rich Arab monarchies visited China to discuss cooperation on energy and infrastructure. Turkey’s top diplomat vowed to stamp out “media reports targeting China” in the Turkish news media, and Iran’s foreign minister pressed for progress on $400 billion of investment that China has promised his country.

As the United States, fatigued by decades of war and upheaval in the Middle East, seeks to limit its involvement there, China is deepening its ties with both friends and foes of Washington across the region.

China is nowhere near rivaling the United States’ vast involvement in the Middle East. But states there are increasingly looking to China not just to buy their oil, but to invest in their infrastructure and cooperate on technology and security, a trend that could accelerate as the United States pulls back.

For Beijing, the recent turmoil in neighboring countries like Afghanistan and Kazakhstan has reinforced its desire to cultivate stable ties in the region. The outreach follows the American military’s withdrawal from Afghanistan after 20 years, as well as the official end of its combat mission in Iraq. That, along with the Biden administration’s frequent talk of China as its top national security priority, has left many of its partners in the Middle East believing that Washington’s attention lies elsewhere.

Beijing has welcomed the chance to extend its influence, and Arab leaders appreciate that China — which touts the virtue of “noninterference” in other countries’ affairs — won’t get involved in their domestic politics or send its military to topple unfriendly dictators. And each side can count on the other to overlook its human rights abuses.

“There is a feeling in the region that the United States is actively on the way out, and that’s an opportunity for China,” said Gedaliah Afterman, head of the Asia Policy Program at the Abba Eban Institute of International Diplomacy at Reichman University in Israel.

China’s interest in the Middle East has long been rooted in its need for oil. It buys nearly half of its crude from Arab states, with Saudi Arabia topping the list, and it is sure to need more as its economy, the world’s second largest, keeps growing.

But in recent years, China has also been investing in critical infrastructure in the region and making deals to supply countries there with telecommunications and military technology.

Chinese state-backed companies are eyeing investments in a maritime port in Chabahar, Iran. They have helped to finance an industrial park in the port of Duqm, Oman, and to build and operate a container terminal in Abu Dhabi, the United Arab Emirates’ capital, as well as two new ports in Israel.

Such moves reflect Beijing’s view of the Middle East as crucial to its Belt and Road Initiative, a sweeping plan to build international infrastructure to facilitate Chinese commerce.

In its business-focused dealings in the region, China has not directly confronted the United States. But it often promotes itself as an alternative partner for countries that question Washington’s model of development, or its history of political and military interventions.

“At a time when United States is facing ups and downs in its domestic and foreign policies, these countries feel that China is not only the most stable country, but also the most reliable,” said Li Guofu, a researcher at the China Institute of International Studies, which is overseen by the Chinese Foreign Ministry.

China’s main interests in the region are economic, but its growing ties have also brought it political dividends. Middle Eastern states have stayed mum on issues like Beijing’s quashing of political freedoms in Hong Kong and its menacing moves toward Taiwan.

Perhaps more surprisingly, given their majority-Muslim populations, almost none have publicly criticized China’s forced internment and indoctrination of its Muslim Uyghur minority, which the United States has deemed genocide. Some Arab states have even deported Uyghurs to China, ignoring concerns that they could be tortured or killed.

Abduweli Ayup, a Uyghur activist in Norway, said two Chinese citizens had been detained in Saudi Arabia after one called for violent resistance to China’s repression. The two men were told they would be returned to China, Ayup said. Their current whereabouts are unknown.

Of China’s recent diplomatic visitors from the region, only the Turkish foreign minister, Mevlut Cavusoglu, raised the issue of the Uyghurs, according to official accounts of the meetings.

For Middle Eastern countries, the benefits of the relationship are clear: China promises to be a long-term buyer of oil and gas and a potential source of investment, without the political complications involved in doing business with the United States.

Beijing deals with governments that Washington spurns. Syria, whose leaders are under heavy sanctions for atrocities committed during its civil war, just joined the Belt and Road Initiative. And Iran has become heavily reliant on China since the United States withdrew from the international deal to restrict Iran’s nuclear program and reimposed sanctions that have crippled its economy.

But China’s most extensive regional ties are with the Arab oil giants of the Gulf, led by Saudi Arabia and the United Arab Emirates.

China is the largest trading partner of many countries in the region, and they expect it to buy more of their oil and gas as the United States, which under the Biden administration has sought to shift away from fossil fuels, buys less. Last year, trade between China and the Gulf States exceeded $200 billion for the first time, and cooperation has expanded to new realms.

In China’s official summaries of the January meetings, the warmest praise was reserved for Saudi Arabia, which China called a “good friend,” “good partner” and “good brother.” On Wednesday, top defense officials from China and Saudi Arabia held a virtual meeting to discuss ways to deepen the countries’ military ties.

The Emirates, which wants to increase its standing as a tech and financial hub, is particularly interested in Chinese companies. “There are a lot of Chinese tech firms that are now at the cutting edge that are trying to go global, and they can’t go into the United States or Europe because of regulations,” said Eyck Freymann, a doctoral candidate in China studies at Oxford University.

The United States has tried to block some Chinese moves into the region, particularly infrastructure upgrades by telecom giant Huawei, which Washington warns could facilitate Chinese espionage. Some Arab countries have struck deals with Huawei anyway.

Over time, analysts say, China’s aversion to regional politics and conflict could hinder its outreach to the Middle East, rife as it is with wars, uprisings and sectarian tensions. China has made no effort to emulate the American security presence there, and the United States’ Arab partners have tried to engage with China in ways that do not alienate Washington.

“The Gulf States have been careful to balance their approach to ensure that growing ties with China do not antagonize their main security guarantor, the United States,” said Elham Fakhro, a visiting scholar at the Center for Gulf Studies at Exeter University.

Tweets by @forbesindia
Photo Of The Day: Ready for the game
Prostate cancer and it's management