Without consulting with its allies, the US made a hasty retreat from Afghanistan. The consequences also include vexed relations and room for coordinated action from rival nations 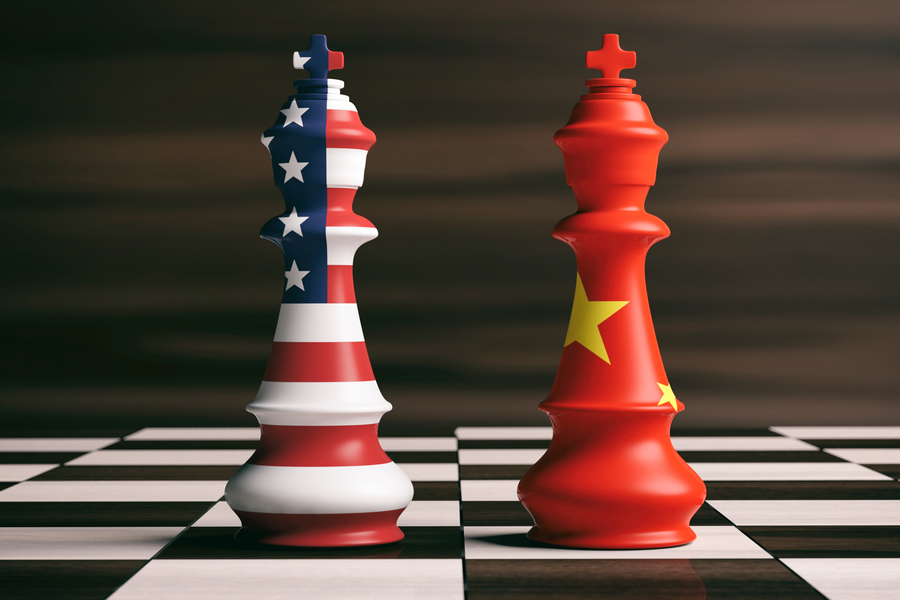 The US-China rivalry enters dangerous waters with multiple consequences for the economy and security
Image: Shutterstock

The US-China rivalry enters dangerous waters with multiple consequences for the economy and security. When it comes to security issues, the main question is how to assess the relative military strength of the two countries. Many websites, including Global Fire Power, give the most recent figures about personnel, aircraft, navy and land capabilities of all countries in the world. The only part missing is information about nuclear possibilities, which is particularly important today in the light of recent developments of nuclear weapons in China. Apart from that, capabilities for conventional warfare are well known.

All this is nice and good if we compare the US to China in the scenario of one-on-one confrontation. It is much more complicated if the war game involves a country on one side (China) and an alliance (a US-led alliance) on the other or if both countries manage to build military alliances. What are the odds of an alliance war?

The United States enjoys supremacy because the country can easily mobilise allies, while China does not have formal military alliances. On the American side, multiple options exist. Theoretically, it can mobilise NATO forces. Initially established to protect Western European countries against the threat of the Soviet Union, NATO has since expanded its presence in the Middle East and Africa. It could be engaged in Asia-Pacific as well, if necessary. The United States already has troops in Japan (about 50,000 of them) and South Korea (nearly 30,000 soldiers). The military arrangements with Japan and South Korea do not force the two countries to defend the United States.

Having said that, if the United States is really in a bad position and demands help from Japan and South Korea, it would be hard for these two countries to refuse, especially if their interests are aligned to those of the United States. Finally, the Quad composed of the US, Japan, Australia and India, brings two big players, Australia and India on the American side. There is no formal military alliance with India but Australia is part of ANZUS (Australia, New Zealand, United States Security Treaty) that includes an obligation to defend each other. On the other side, China does not have formal military alliances. It is part of the Shanghai Cooperation Organization with frequent meetings and war games involving China, Russia and other members but there is no formal obligation to assist each other. The fact that India is also part of the SCO casts a shadow on potential help coming from SCO member states.

Formally, the United States is in a much better position to threaten China with its own troops in Japan and Korea and multiple alliances. However, everything that glitters is not gold because Afghanistan has exposed many problems. The United States has asked their allies to help it in Afghanistan and for 20 years many countries have obliged. When the United States decided to pull out of Afghanistan, it did not discuss with its allies the deadline and modalities of a retreat. Many of these allies have been vexed and put in an awkward position to scramble for the pullout while they were not ready for that. Many translators and other people who helped British, French or US troops have been left behind and the fact that the United States is now negotiating with the Taliban in Doha while many allies have sacrificed their soldiers in a futile war adds to the already existing resentment. Germany, France and the UK have expressed their deep disagreement with how the US has organised the pullout. Some MPs in London even questioning the future of alliance with the United States. The whole world is watching and other places such as Saudi Arabia and Japan can also wonder about an unshakable support from the US.

China on the other side discovered that Afghanistan can be of use not only from the economic point of view (lithium reserves for instance) but also from the security point of view. If the interests of China are aligned with those of Pakistan, Russia and Iran on the Afghan issue, this would provide China with a fantastic possibility to build new alliances. These alliances are not necessarily formal military alliances. They can take various forms, ranging from economic cooperation with Iran and Pakistan to military and intelligence cooperation with Afghanistan and Russia with the aim of containing terrorist groups that could operate from Afghanistan and pose a threat to China, Russia and Central Asian republics.

The United States insists on rule-based governance and binding reciprocal defence treaties, as if these treaties are cast in stone and eternal. China can play on ‘relationality’, rather than on a formal alliance.

Drawn on Confucian tradition, ‘relationality’ is explained by Yaqing Qin in his book ‘A Relational Theory of World Politics’ from 2018 where he posits that states weigh carefully the various relationships involved before they take an action. Because of their experience in Afghanistan, the US allies will calibrate differently their future engagement with the United States and will not automatically and blindly follow it in another war, while countries like Russia, Pakistan and Iran will also reconsider their engagement with China and may second it in a war if it suits their interests, even if they do not have formal military and security treaties with China.

The way the US treated its allies in Afghanistan made security treaties with Japan, Australia and other countries questionable. If US alliances become weak, some rivals could consider that the time is ripe for coordinated action. This could however be a miscalculation and a dangerous move because history shows that the US is extraordinarily resilient in times of crisis and that it has the capacity to mobilise allies even if they do not agree on everything.