With US exit, Russia's power in Central Asia grows ever stronger

Russia, China and Pakistan all stand to gain influence in regional affairs with the West's withdrawal, while the United States and India stand to lose 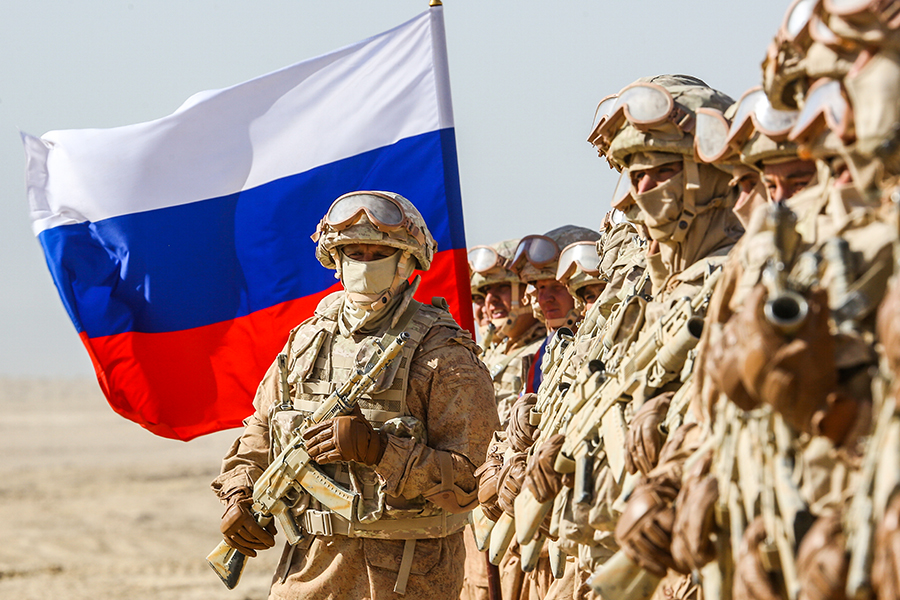 Russian servicemen participate in joint military drills involving Russia, Uzbekistan and Tajikistan, at the Harb-Maidon training ground, located near the Tajik-Afghan border in the Khatlon Region of Tajikistan in August 2021. (REUTERS/Didor Sadulloev)

DUSHANBE, Tajikistan — As the Afghan government collapsed this week in Kabul and the United States scrambled to speed up its evacuation effort, hundreds of Russian armored vehicles and artillery pieces were clearly visible hundreds of miles away, on the border with Tajikistan.
They were part of a high-profile military exercise taking place just 12 miles from a Taliban position, and they were there, a Russian general said, to make a point.
“They are all visible,” said Gen. Anatoly Sidorov, commander of the forces involved in the exercise. “They are not hiding.”
It will now be Russia, the exercises signaled, that will be shielding Central Asia from potential violence next door.
In the long post-Soviet jostling for power and influence in Central Asia sometimes called the new Great Game, an ever more dominant player has emerged from the chaos and confusion of Afghanistan: Russia, at least in security affairs.

“I wouldn’t say a wounded animal,” Russia's foreign minister, Sergey Lavrov, said Tuesday of the withdrawal of NATO and the U.S. forces from Afghanistan. “But this is a group of countries that in a very painful and difficult way is giving up on the positions in the world they were used to for many decades.”
The strengthening of Russia's position as the major force in Central Asian security matters is part of a broader shift brought about by the Taliban’s rise to power. Russia, China and Pakistan all stand to gain influence in regional affairs with the West’s withdrawal, while the United States and India stand to lose.
“I’m thinking of this as a post-Western or post-U.S. space now,” said Alexander Cooley, director of the Harriman Institute at Columbia University and an authority on Central Asia. “It’s a region transforming itself without the United States.”
And largely to Russia’s benefit.
For Moscow, the chaotic U.S. withdrawal, while reminiscent of Russia’s humiliating 1989 retreat from Afghanistan after its disastrous 10-year intervention, was a propaganda victory on a global scale.
From Latin America to Eastern Europe, Russia has fought for influence by insisting that the United States cannot be trusted. Nikolai Patrushev, secretary of Russia’s Security Council, warned that America’s friends in Ukraine could soon also be disappointed.
“The country is headed toward collapse, and the White House at a certain moment won’t even remember about its supporters in Kyiv,” Patrushev said in an interview published Thursday.
The rapid fall of President Ashraf Ghani’s government was also a vindication of Russia’s yearslong strategy of building a diplomatic relationship with the Taliban. As Western diplomats scrambled to flee Kabul this week, Russian officials stayed put, with the Taliban guaranteeing the security of the Russian Embassy.
“They made a good impression on us,” Russia’s ambassador in Kabul, Dmitri Zhirnov, said of his embassy’s new Taliban guards on Russian state television this week. “They’re decent guys, well armed.”
At Russia’s most recent round of talks with the Taliban in Moscow, in July, the group pledged that its military gains would not be a threat to Russia or its interests. Russia hosted the Taliban for multiple rounds of talks even though the group is officially classified as a banned terrorist organization with Russia, making any association with it a potential crime.
“It’s pragmatism — and cynicism and double-think,” said Arkady Dubnov, a Russian expert on Central Asia, describing the Russian government’s strategy of building ties with the Taliban. “People are locked up in Russia for this kind of cooperation with a terrorist organization.”
Russia’s military exercises on the border represented another side of its strategy, a show of force to demonstrate its willingness to punish the Taliban if they should step out of line. “You can talk to the Taliban, but you also need to show them a fist,” said Daniel Kiselyov, editor of Fergana, a Russian-language outlet focused on Central Asia.
Beyond Afghanistan, Russia still faces stiff competition from China’s debt and infrastructure diplomacy in Central Asia, a central thoroughfare of Beijing’s Belt and Road Initiative. And American oil companies Chevron and Exxon have been pumping crude in Kazakhstan for years. On Tuesday, China and Tajikistan announced a joint border patrol exercise.
But Russia’s security presence is predominant. The sprawling military footprint that the U.S. established in the former Soviet states of Central Asia to facilitate the invasion of Afghanistan has all but disappeared.
Through the summer, Russia’s leaders made clear who was calling the shots in regional diplomacy north of Afghanistan while undercutting the Biden administration’s two initiatives in the region: one on Afghan refugees and another on security aid.
At a conference in Tashkent, the capital of Uzbekistan, in July, Lavrov said he had discussed with Central Asian leaders the U.S. request to move some U.S. military capabilities to their countries after the pullout. “None of our allies expressed any intention to expose their territories and populations to such risk,” he said.
Underscoring Russia’s growing sway in Afghanistan, Secretary of State Antony Blinken called Lavrov on Monday to discuss the evacuation of Americans from Kabul, the Russian Foreign Ministry said in a statement. Lavrov, the ministry said, described to Blinken the contacts Russia has “with representatives of all the main political forces in Afghanistan in the interest of helping to foster stability and rule of law.”
After the U.S.-backed Afghan government collapsed Sunday, Konstantin Kosachev, chair of the Foreign Affairs Committee of the Federation Council, the Russian Senate, called for, in a Facebook post, strengthening a Russian-led military alliance with several Central Asian states, the Collective Security Treaty Organization.
“Russia can quickly restore its position in Central Asia,” Andrei Serenko, a reporter specializing in Afghan affairs at Nezavisimaya Gazeta, said in an interview. “It will put its security umbrella up in place of the disappearing American umbrella.”