What comes after the war on terrorism? War on China?

For the past five years, the United States and China have been stumbling down a path of de-integration and maybe toward outright confrontation 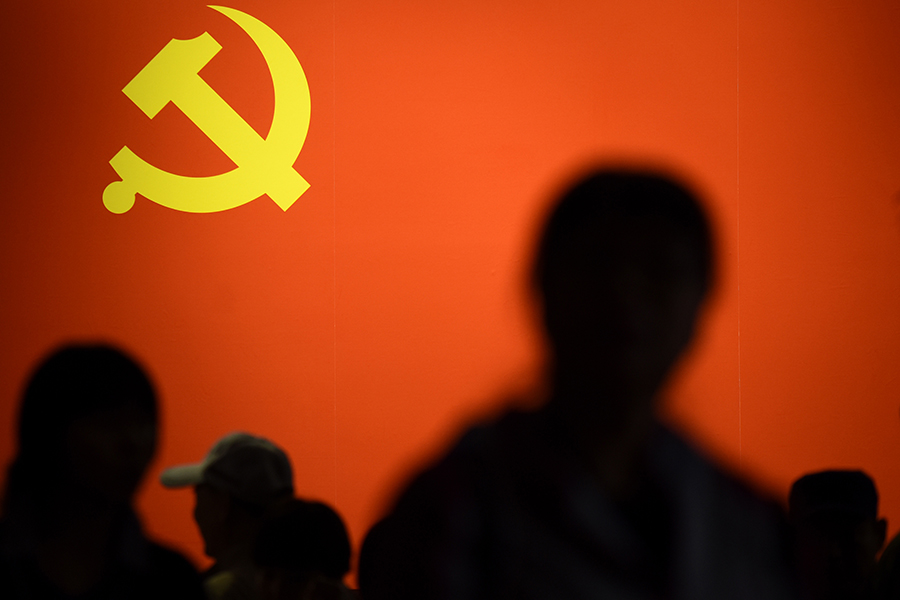 The depth of that U.S.-China integration helped to fuel a much deeper globalization of the world economy and buttress four decades of relative peace between the world’s two great powers. And always remember, it’s great-power conflicts that give us enormously destabilizing world wars.  That era of U.S.-China globalization left some U.S. manufacturing workers unemployed, while opening huge new export markets for others. It lifted out of poverty hundreds of millions of people in China, India and East Asia, while making many products much more affordable to more American consumers.  In short, the relative peace and prosperity that the world experienced in those 40 years cannot be explained without reference to the U.S.-China bonding.  For the past five years, though, the United States and China have been stumbling down a path of de-integration and maybe toward outright confrontation. In my view, it is China’s increasingly bullying leadership style at home and abroad, its heads-we-win-tails-you-lose trade policies and the changing makeup of its economy that are largely responsible for this reversal.  That said, if it continues, there is a good chance that both of our countries — not to mention many others — will look back 20 years from now and say that the world became a more dangerous and less prosperous place because of the breakdown in U.S.-China relations in the early 2020s.  But before we transition from “co-opetition’’ to confrontation with China, we should ask ourselves some hard questions. China needs to do the same. Because we both may really miss this relationship when it’s gone.  For starters we need to ask: What aspects of our competition/conflict with China are inevitable between a rising power and a status quo power, and what can be dampened by smart policy?  Let’s start with the inevitable. For roughly the first 30 of the 40 years of economic integration, China sold us what I call “shallow goods’’ — shirts we wore on our backs, tennis shoes we wore on our feet and solar panels we affixed to our roofs. America, in contrast, sold China “deep goods" — software and computers that went deep into its system, which it needed and could buy only from us.  Well, today, China can now make more and more of those “deep goods” — like Huawei 5G telecom systems — but we don’t have the shared trust between us to install its deep technologies in our homes, bedrooms and businesses, or even to sell our deepest goods to China, like advanced logic chips, anymore. When China sold us “shallow goods,” we didn’t care whether its government was authoritarian, libertarian or vegetarian. But when it comes to our buying China’s “deep goods,” shared values matter and they are not there.  Then there is the leadership strategy of President Xi Jinping, which has been to extend the control of the Communist Party into every pore of Chinese society, culture and commerce. This has reversed a trajectory of gradually opening China to the world since 1979. Couple that with Xi’s determination that China must never again be dependent on America for advanced technologies, and Beijing’s willingness to do whatever it takes — buy, steal, copy, invent or intimidate — to guarantee that, and you have a much more aggressive China.  But Xi has overplayed his hand. The level of technology theft and penetration of U.S. institutions has become intolerable — not to mention China’s decision to snuff out democracy in Hong Kong, to wipe out Uygur Muslim culture in western China and to use its economic power and wolf warrior diplomats to intimidate neighbors like Australia from even asking for a proper investigation into the origins of the novel coronavirus in Wuhan.  Xi is turning the whole Western world against China — we will see just how much when China hosts the 2022 Winter Olympics — and has prompted this U.S. president and his predecessor to identify countering China as America’s No. 1 strategic objective.  But have we really thought through the “how" of how we do this?  Nader Mousavizadeh, founder and CEO of Macro Advisory Partners, a geopolitical consulting firm, suggests that if we are now going to shift our focus from the Middle East to an irreversible strategy of confronting China, we should start by asking three foundational questions:  First, Mousavizadeh says: “Are we sure we understand the dynamics of an immense and changing society like China well enough to decide that its inevitable mission is the global spread of authoritarianism? Especially when this will require a generational adversarial commitment on the part of the United States, engendering in turn a still more nationalistic China."  Second, says Mousavizadeh, who was a longtime senior adviser to U.N. Secretary-General Kofi Annan: If we believe that our network of alliances is “a uniquely American asset, have we listened as much as we’ve talked to our Asian and European allies about the reality of their economic and political relationships with China — ensuring that their interests and values are embedded in a common approach to China? Because without that, any coalition will crumble."  There is no question that the best way for America to counterbalance China is by doing the one thing China hates most — confronting it with a broad, transnational coalition, based on shared universal values regarding the rule of law, free trade, human rights and basic accounting standards.  The third question, Mousavizadeh argued, is if we believe that our priority after a 20-year war on terrorism must now be “repair at home — by addressing yawning deficits in infrastructure, education, incomes and racial equity" — is it more useful or more dangerous to emphasize the China threat? It might light a fire under Americans to get serious about national renewal. But it might also light a fire to the whole U.S.-China relationship, affecting everything from supply chains to student exchanges to Chinese purchases of U.S. government bonds.  In any event, this would be my starter checklist before we pivot from the war on terrorism to the war on China. Let’s really think this through.  Our grandchildren will thank us in 2041.

Tweets by @forbesindia
Tata-Airbus military aircraft gets a go-ahead; Notion acquires Auotomate.io; and a chat with the founders of Sanas.ai
Your batteries are due for disruption