Xi says the Communist Party will pursue "common prosperity," pressing businesses and entrepreneurs to help narrow the stubborn wealth gap that could hold back the country's rise and erode public confidence in the leadership 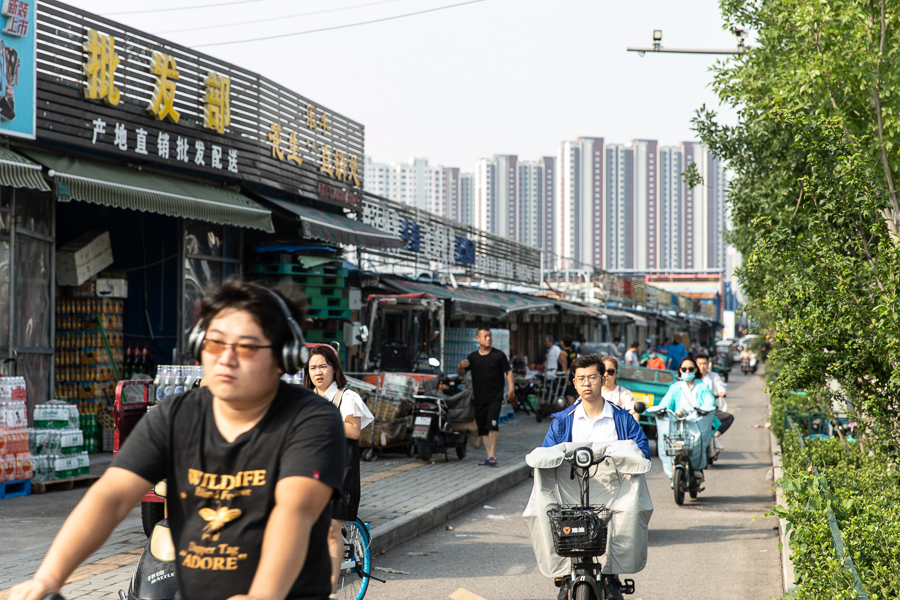 Commuters in Jinan, China, July 13, 2021. As the country’s leader prepares for a likely third term, he is promising “common prosperity” to lift farmers and working families into the middle class; Image: Qilai Shen/The New York Times

Four decades ago, Deng Xiaoping declared that China would “let some people get rich first” in its race for growth. Now, Xi Jinping has put China’s tycoons on notice that it is time for them to share more wealth with the rest of the country.Xi says the Communist Party will pursue “common prosperity,” pressing businesses and entrepreneurs to help narrow the stubborn wealth gap that could hold back the country’s rise and erode public confidence in the leadership. Supporters say China’s next phase of growth demands the shift.“A powerful China should also be a fair and just China,” Yao Yang, a professor of economics at Peking University who endorses the shift in priorities, said by email. “China is one of the worst countries in terms of redistribution, despite being a socialist country. Public spending is overly concentrated in cities, elite schools and so on.”Officials are pledging to make schooling, housing and health care less costly and more evenly available outside big cities, and to lift incomes for workers, helping more people secure a place in the middle class. The “common prosperity” campaign has converged with a crackdown on the country’s tech giants to curb their dominance. Facing scrutiny, some of China’s biggest billionaires, including Jack Ma, have lined up to pledge billions of dollars to charity.The pledges hold out the prospect, endorsed by Xi in a meeting last month, that China is now affluent enough to shift closer to the Communist Party’s long-standing ideal of wealth sharing. For Xi, the Communist Party’s long-term authority is at stake.Now that economic growth is moderating, many young Chinese feel that upward mobility is diminishing. Well-paying white-collar jobs can be hard to find. Tech workers complain of punishingly long hours. Families feel they can’t afford to have more children, adding to a looming demographic crisis. For now, Xi faces little opposition, but longer term, that could turn if such grievances pile up.“Achieving common prosperity is not just an economic issue; it’s a major political matter bearing on the party’s foundation for rule,” Xi told officials in January. “We cannot let an unbridgeable gulf appear between the rich and the poor.”The party is keen to show it is listening to the complaints as Xi lays the groundwork for a likely third term as the party’s general secretary beginning next year. He wants to stave off doubts about his claim to another term by arguing that the party can deliver social progress while rivals like the United States stagnate in inequality, said Christopher Johnson, a former U.S. government analyst of Chinese politics​​.“While there’s no opposition that’s going to stop him, he’s got to deliver a report card,” said Johnson, now president of advisory firm China Strategies Group. “Xi sees doing something on income inequality and the wealth gap in China as vital in this struggle of global narratives with the U.S. and the West in general.”

Tweets by @forbes_india
From Afghanistan to the World Cup, tiny, wealthy Qatar steps up
2 Things about managing through change (and 3 things others are asking)