Government support and protectionism have helped China build a low-cost industry for masks, testing kits and other health gear. Other countries will find it hard to compete for years to come 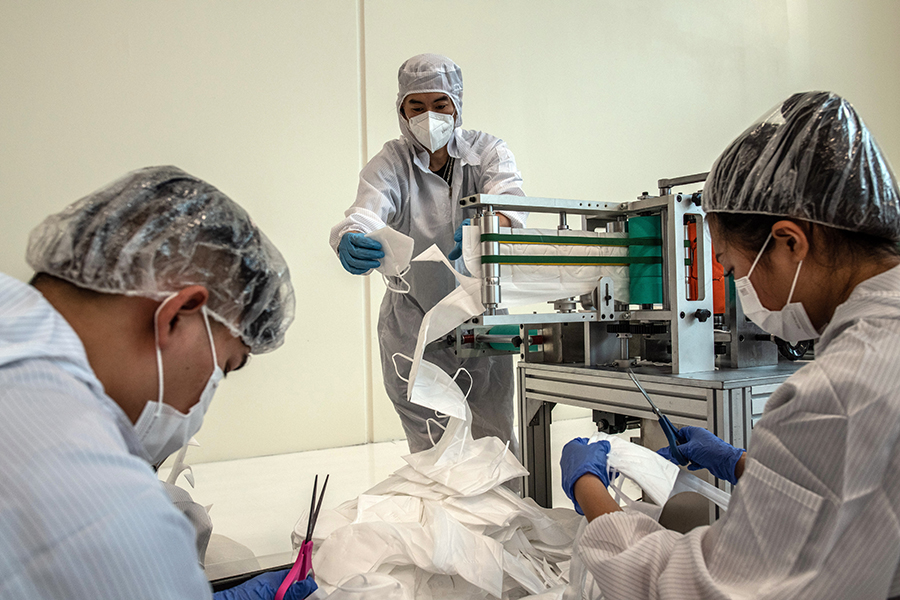 A test run of new machinery to manufacture medical masks at QYK Brands in Anaheim, Calif., on June 25, 2020. When it shifted to making medical masks in response to the coronavirus pandemic this year, QYK Brands had to import the fabric-cutting machines from China. (Bryan Denton/The New York Times)