China and Evergrande ascended together. Now one is about to fall

Evergrande's struggles have exposed the flaws of the Chinese financial system and is testing the resolve of Chinese leaders' efforts to reform, as they chart a new course for the country's economy 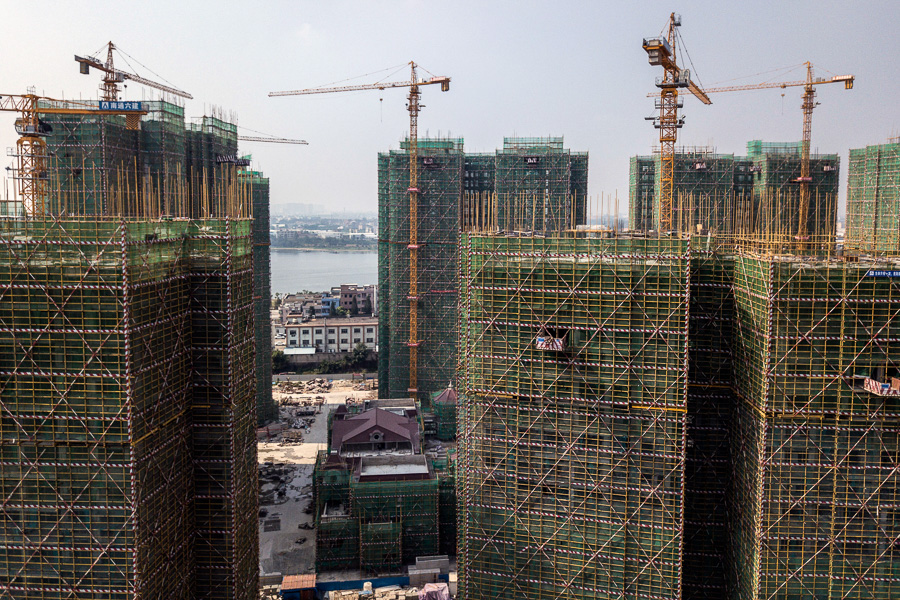 A construction site on Sept. 28, 2021, for a housing project in Dongguan, China, that was developed by China Evergrande. The company has nearly 800 unfinished projects in more than 200 cities across China. Image: Gilles Sabrié/The New York Times

HONG KONG — Xu Jiayin was China’s richest man, a symbol of the country’s economic rise who helped transform poverty-stricken villages into urbanized metropolises for the fledgling middle class. As his company, China Evergrande Group, became one of the country’s largest property developers, he amassed the trappings of the elite, with trips to Paris to taste rare French wines, a million-dollar yacht, private jets and access to some of the most powerful people in Beijing. “All I have and all that Evergrande Group has achieved were endowed by the party, the state and the whole society,” Xu said in a 2018 speech thanking the Chinese Communist Party for his success.  China is threatening to take it all away.  The debt that powered the country’s breakneck growth for decades is now jeopardizing the economy — and the government is changing the rules. Beijing has signaled that it will no longer tolerate the strategy of borrowing to fuel business expansion that turned Xu and his company into a real estate powerhouse, pushing Evergrande to the precipice.

Tweets by @forbesindia
Special briefing: Accel's Shekhar Kirani on Freshworks and the science and art of succeeding as a VC investor
Covid-19 hits bottomline, but ICICI Lombard upbeat about quick turnaround