China continues its conquest of the art market 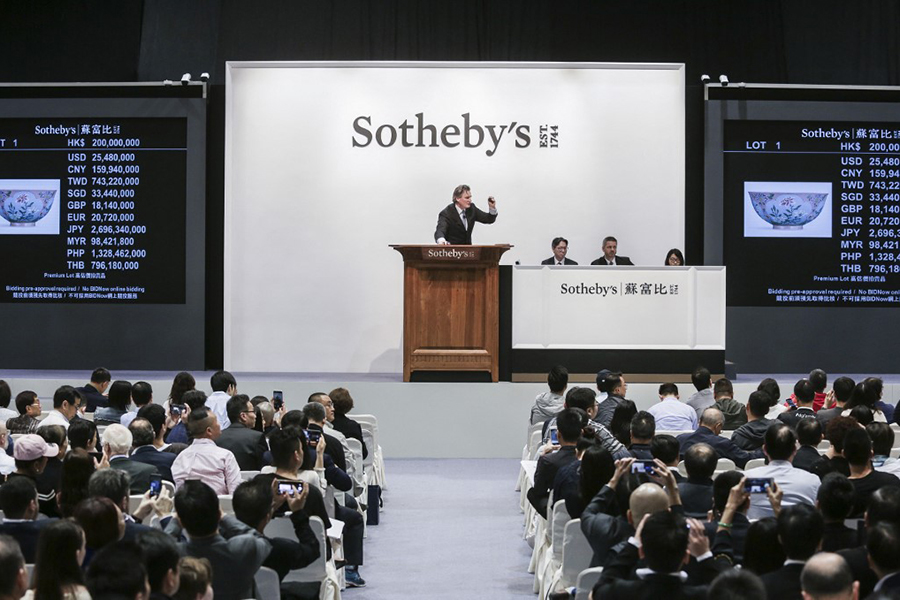 Although isolated, China is becoming a colossal driving force in art. Auctions in the country represented 36% of the world market in 2020, according to a recent report —a proportion that is growing steadily over the years.

Chinese paintings, calligraphy, antiques and porcelain still dominate the auction rooms, but the report notes a growing interest in oil paintings and contemporary art. Sales in these two categories increased by 3.3% to 9.3 billion yuan ($1.4 billion). On average, auctioned pieces went under the hammer for 1.9 million yuan ($298,277).

China'a art collectors are above all driven by passion

The different regions of China do not all play the same role in the national art market. In 2020, 53% of auctions were held in the Beijing region, compared to 44% the previous year. The report authors explain this increase by the arrival of the auction house Yongle Auction, and by Huayi International's move to Beijing, according to The Art Newspaper.

Regardless of where they live, Chinese collectors acquire art for specific reasons. A hundred of them based in Beijing, Shanghai and Hong Kong were asked about their motivations. Some 79% said they were driven by a passion, while 53% saw it as a form of investment. These buyers mainly go through auction houses and art galleries to diversify their collections. Almost all of them (95%) own pieces by Chinese artists, followed by works from Europe and the rest of Asia (54%). Artists from the United States are less favored by Chinese collectors, with only one-third of them owning such works.

Tweets by @forbesindia
Avant-garde and nonconformist: Balenciaga's rise to reign supreme in the fashion world
Our top reads of the week