The study published in Nature found that the double whammy of global warming and shrinking habitats has not just hit population numbers, but also provoked a 27 percent drop in the diversity of species 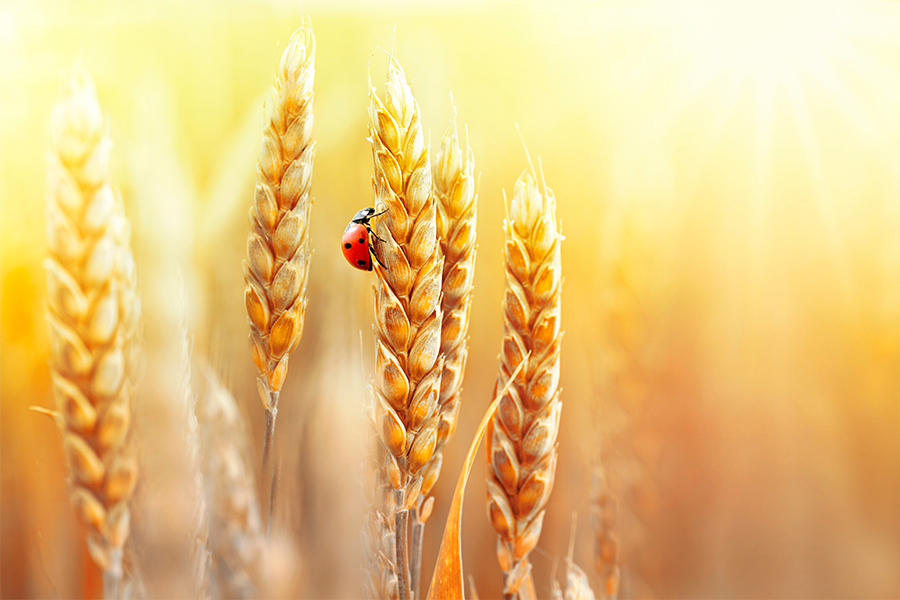 Global warming and shrinking habitats has not just hit population numbers, but also provoked a 27 percent drop in the diversity of species. (Credit: Shutterstock)

Paris, France: A warming world and intensive agriculture are causing insect populations to plummet by nearly half compared to areas less affected by temperature rises and industrial farming, researchers said Wednesday.
The researchers measured both insect abundance and number of species in areas across the world and compared that to insects in more pristine habitats.
The study published in Nature found that the double whammy of global warming and shrinking habitats has not just hit population numbers, but also provoked a 27 percent drop in the diversity of species.
"The reductions are greatest in the tropics," lead author Charlie Outhwaite, a macroecologist at University College London's Centre for Biodiversity and Environmental Research, told AFP.
But less data from tropical regions, which are richest in biodiversity, means the global decline in insects is likely worse than the study's headline figures suggest, she said.

The calculations may also be too conservative because areas used to benchmark change — while the most pristine on the planet — have already been degraded to some extent by human activity.
While in line with earlier estimates of insect decline, the new findings are based on different methodologies.
Covering 18,000 species from beetles to butterflies to bees, the study drew from 750,000 data points collected from 1992 to 2012 at 6,000 locations.
"Previous studies have been carried out at the small scale on a limited number of species or species groups," Outhwaite said.
The consequences of insect decline are significant.
Some three-quarters of 115 top global food crops depend on animal pollination, including cocoa, coffee, almonds and cherries.
Some insects are also crucial for pest control — especially of other bugs.
Ladybugs, praying mantis, ground beetles, wasps and spiders all play crucial roles in keeping pest insects in check, from aphids and fleas to cutworms and caterpillars.
Insects are also crucial for decomposing waste and nutrient cycling.

The study is the first to look at the combined impact of rising temperatures and industrial agriculture, including the widespread use of insecticides.
"We often only consider one driver of change, such as land use, whereas in reality a lot of drivers will be impacting the same space," Outhwaite said.
The interaction between these drivers, the study shows, is worse than if they had acted independently.
Even without climate change, converting a tropical forest into agricultural land leads to drier hotter areas due to the removal of vegetation that provides shade and retains moisture in the air and soil.
Add a degree or two of warming, and these regions become even hotter and drier, pushing certain species of insects up to or beyond their limits.
In some regions, insects are now experiencing extended periods in which temperatures exceed the highest extremes of less than a century before.
Up to now, intensive agriculture and habitat loss have been the major driver of insect decline.
Earlier research, for example, estimates the number of flying insects across Europe has dropped 80 percent on average, causing bird populations to shrink by more than 400 million in three decades.
"We know that you can't just keep losing species without, ultimately, causing a catastrophic outcome," said Tom Oliver, a professor of applied ecology at the University of Reading.
"You cannot keep removing rivets from an aeroplane without it eventually falling out of the sky."

The new study points to a strategy that could extend a lifeline to threatened insects.
Areas practising low-intensity agriculture — fewer chemicals, less monoculture — that were surrounded by at least 75 percent natural habitat saw only a seven percent decline in insect abundance.
But if the density of surrounding natural habitat dropped below 25 percent, insect population declined by nearly two-thirds.
"I think this finding gives us hope that we can successfully design landscapes to produce food where biodiversity can thrive," Jane Hill, a professor of Ecology at the University of York, told the Science Media Centre.
Insects comprise about two-thirds of all terrestrial species, and have been the foundation of key ecosystems since emerging almost 400 million years ago.
Moles, hedgehogs, anteaters, lizards, amphibians, most bats, many birds and fish all feed on insects.
By Marlowe HOOD
© Agence France-Presse