In the middle of a lockdown, Delhi Police's Special Cell turns up at the offices of social media platform Twitter in Delhi NCR to get "satisfactory" answers on its tweet labelling policy 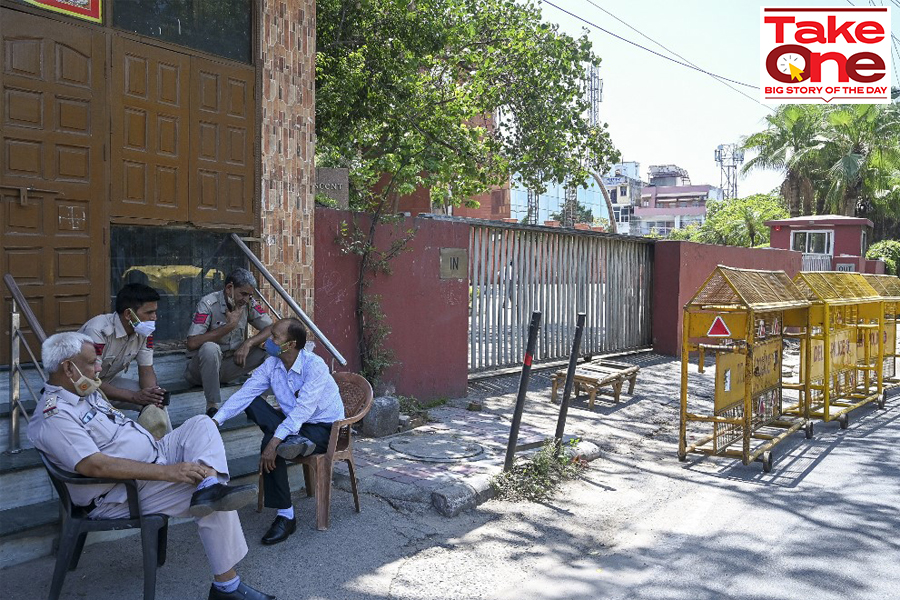 Delhi police personnel sit outside a gate of the Twitter India's office at Crescent building in New Delhi on May 25, 2021, as police served a notice at Twitter's offices over flagged governments tweets as 'manipulated media' a day before. Photo by Prakash SINGH / AFP

Two days ago, the Delhi Police’s Special Cell was boasting about having arrested national wrestler Sushil Kumar on murder charges. Three months ago, the same department submitted its third supplementary chargesheet of the February 2020 Delhi riots in a New Delhi court. Six months ago, the cell had arrested five suspected terrorists after an encounter.
But on Monday night, the elite cell, whose official Twitter handle defines its job as to “prevent, detect and investigate cases of terrorism, organized crime and other serious crimes in Delhi”, descended on three Twitter offices in Delhi-NCR to investigate how Twitter labels manipulated media. The team was met with empty offices.